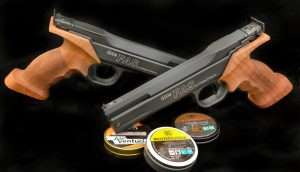 What exactly is an entry-level 10 meter single stroke target pistol? Well, the answer depends upon who you ask and what period of time you’re  asking about. Some 30 years ago, the answer was quite different than it is today. And notice that I didn’t use the word “pneumatic.” Back in the 1980s, Feinwerkbau was one of the most respected names in 10 meter air pistols with models like the FWB 65 (introduced back in 1965 and manufactured until 2001), the Model 80, which added stacking barrel weights and an improved adjustable trigger mechanism, and Model 90, which used an electronic trigger. These were side-cocking, recoilless, spring-piston designs for competitive shooting. Feinwerkbau rifles and pistols were the championship airguns in International Shooting Sports Foundation (ISSF) competition and the FWB Model 65 pretty much ruled air pistol competition for 30 years.[1] Today, FWB’s precharged pneumatic (PCP) pistols are the standard bearers. read more 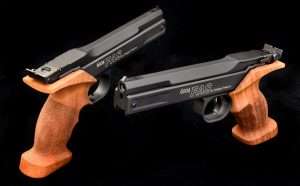 More than a decade old, the FAS Domino AS 604 design was the basis for the new Chiappa FAS 6004, and this “mass produced” version has the same lines and handling as the original Fabbrica Armi Sportive model. In 2002, the almost entirely hand-built FAS 604 had a suggested retail price of $350, which is equivalent to about $500 today.

Italian armsmakers have a slight advantage over American armsmakers, and even over most European armsmakers; the Italian firearms industry is more than 500 years old. The earliest written reference to Italian gun making is dated April 21, 1459. [1] Beretta, the world’s oldest gunmaker, has been in business for 493 years, and thus it is safe to say that the Italians know a little bit about making guns. Chiappa has only shared in 60 of those 559 years of arms making, but has carved out its own niche among the most respected gunmakers in Italy. I have written thousands of words about Chiappa over the years, but never a word about airguns until now, and the FAS 6004, which is, in its own right, very much a “niche” airgun, with very few contemporaries as a single stroke pneumatic 10 meter target pistol. read more 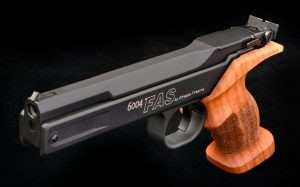 The combining of FAS design with Chiappa’s high-tech manufacturing has produced an entry-level 10 Meter single shot pneumatic competition pistol at a price that is competitive with models like the Weihrauch HW75 and Beeman P1. The FAS 6004 has an MSRP of $470.

Chiappa is best known for manufacturing some of the finest Old West rifles and shotguns in the world, including stunningly authentic reproductions of famous 19th century Winchester lever action models like the 1892 rifle and 1887 shotgun. What few people recognize Chiappa for is building some excellent air pistols as well, including the FAS 6004. This is a mid-priced, single shot pneumatic target pistol that falls into the entry-level 10 meter competition pistol classification.