Brief Videos from the
Jericho vs. Desert Fox Event in Southern California - 09/25/10

I plan on providing a more thorough review of the big event I attended last weekend a bit later this week.  However, I've run out of time for today, so I'll leave you with a few brief clips of the field and briefing area to give you an idea of how cool this place was.  By cool, I mean the level of awesome.  The temperature was WAAAAYYY too hot for my liking on an Airsoft day, I've heard somewhere around 105 degrees.  It was so bad that the MOSFET in my M14 DMR kept shutting down the gun, because the motor was already too hot before I had even fired the gun more than 100 rounds or so.  VERY disappointing on that front, but no fault of the game staff or anything.  BUT, that is exhibit A why I always make sure to bring backups upon backups.  Anyway, I'll give the full rundown of my day well spent at the event either tomorrow night or the next.  For now, here's a clip of the breifing area right before the first game (i think)... 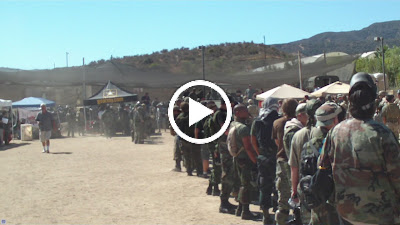 Here's one from the top of the big hill that our team was to defend in the 2nd game. We are just about to get the game started... 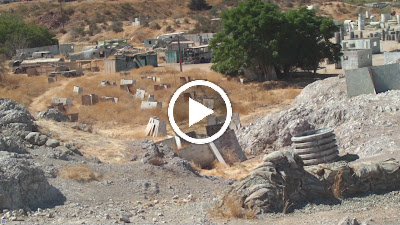 A couple things for the record:
1.  I mentioned that my M14 was shooting around 470 FPS.  Before you panic, one I am very familiar with what the 100 ft minimum engagement distance looks like and always carry two pistols with me.  One for transitioning when engaging a target within the MED, and the 2nd pistol is for letting you know that I'm a baller.  Nothing wrong with doing two guns at the same time.  It's always been a dream of mine, as I'm sure many others can say as well.
2.  I've played at fields throughout the majority of California, and have found, in my personal experience, that cheating tends to be a bit more prevalent in the Southern California region than in the Central or Northern regions.  Truth be told, however, I did not see any questionable play or behavior out on the field that day, which always makes for a better experience.  Scorching temperatures aside, this was a pretty awesome day of Airsoft.

And the third is right after I shot the 2nd one you just saw. I decided to film a little bit more, for your viewing pleasure... 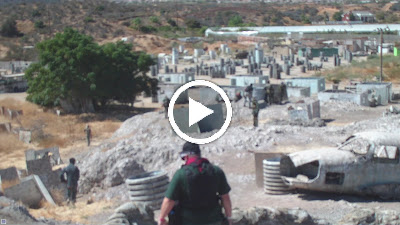 We ride together, we die together. Airsoft for life.