I mean, if I were you, you'd be me, and you'd know just how good the 5.11 Tactical Series Ripstop Tactical Dress Uniform (TDU) pants and shirts are.  There's more good news to go along with that.  If you haven't been by the Pyramyd Air Airsoft Store, you might want to drop by and check out the new 5.11 Tactical Series gear they've got available.

If you're a hard-charger out on the Airsoft field and need your uniform to be able to keep up, then I'd suggest skipping the bargain bin BDUs and pick up a set of 5.11's signature Ripstop TDUs. 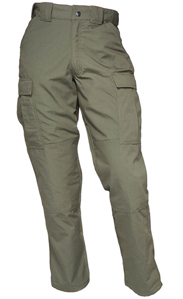 The Ripstop TDU series pants and shirts are made of some pretty tough material that are actually able to live up to their name ("Ripstop," remember?). For example, for those of you that don't know, I play Airsoft in my limited free time. One time (at band camp),  I was playing Airsoft at a field that had some old rusty barbed wire hiding out in plain sight. I, of course, was oblivious at the right moment and tripped all over that stupid wire while wearing my 5.11 TDUs (in OD Green).

While my leg got some very sexy scar tissue and my arm got a $140 tetanus shot (no joke), my 5.11 TDUs sustained only minor damage. In fact, the only damage that occurred to my pants was a little hole, smaller than the size of a dime. I kid you not. 5.11 Tactical does not horse around. Aside from that, they've got a ton of pockets (also no joke). They've literally got pockets within pockets in the cargo portion of the pants. This is for their patented Back-up Belt System, which is sold separately, but they can be useful for other things, like keeping certain contents, like your car keys, from flopping around inside the main cargo pocket, and banging up against your knee while you're moving around on the field.

Another reason 5.11 and I get along so well, is that we share of love of Teflon. As such, they add a Teflon coating to their TDUs to create a stain, soil, & some-what-water-resistant barrier for longevity purposes.  So naturally, they're perfect for the serious Airsoft player who puts a lot of wear and tear on their gear during the course of gameplay.  Speaking of longevity, they have a pretty favorable "Fade Factor."  By that, I mean that after countless runs through the washing mashing, my 5.11 pants have still managed to maintain a decent level of their original color shade.  I have a few sets from another tactical clothing manufacturer that I can't say the same for.  They're quite faded now, and I've actually worn and washed them less than my 5.11s. 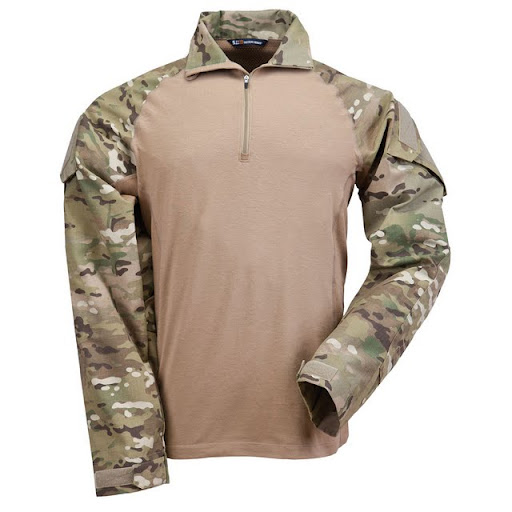 5.11 makes their TDUs in just about every solid color you would need out on the field, plus they've just come out with their own set of Multicam TDUs, including the ultra-sexy Rapid Assault Shirt, commonly known to Airsofters as the "battle shirt."

For those of you that know 5.11, you already know that this is going to be one of the better-made battle shirts out on the market.

Seriously.  Look how good that Assault Shirt looks!  I can't get over it.  I'm gettin' some o' that.