I'm going to try not to ramble on as much as I normally tend to do here and simply show you some photos I've taken of this marvelous Airsoft specimen we all know as the WE M14 GBB rifle. 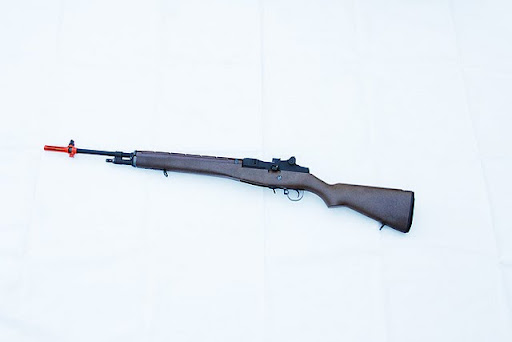 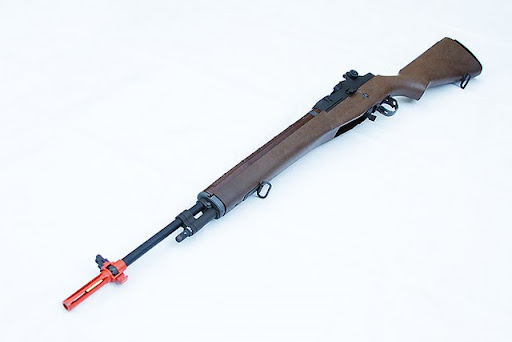 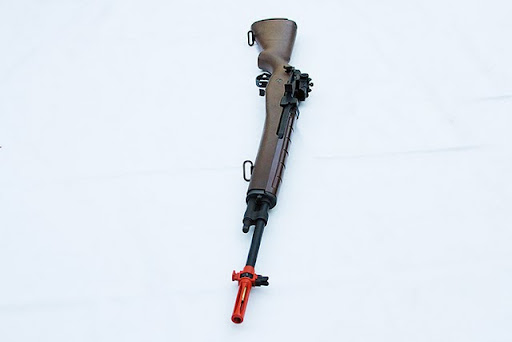 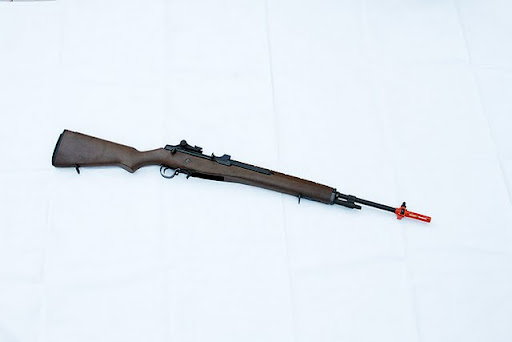 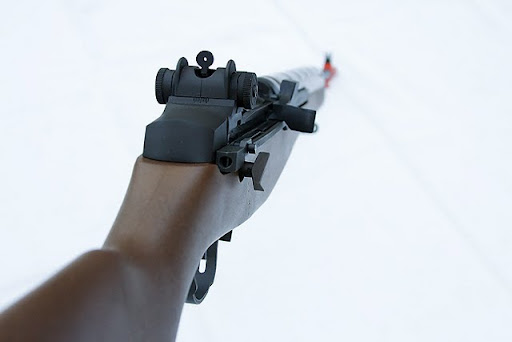 Here's a bird's eye view of WE's signature Open Bolt System.  Notice how, when the bolt is pulled back, the space in between becomes open? 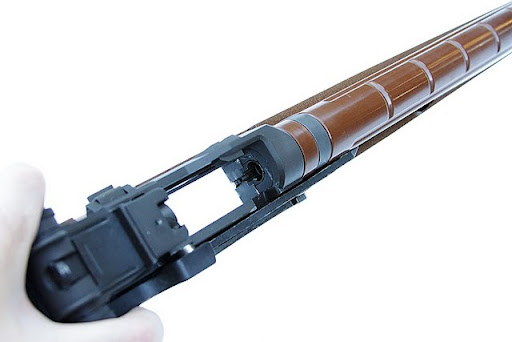 This is a voyeuristic shot of the undercarriage, showing the loading muzzle, which you may notice is strikingly similar, albeit larger, version of the loading muzzles found in WE/Marui Hi-Capa & 1911 GBB Pistols. 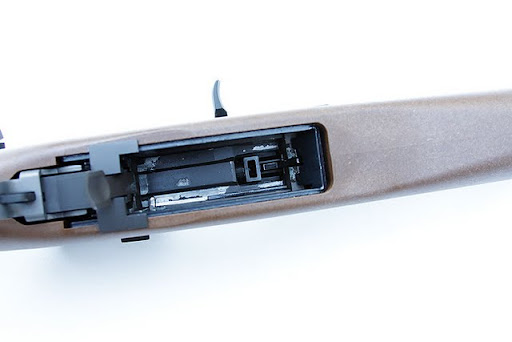 The picture below, if you couldn't tell, is a close-up of the flash hider, including it's tiny set screw and castle nut.  If you're man enough to handle the extra length, you can swap out your flash hider for a mock suppressor.  You might want to make sure you've got a Blaze Orange tip on that suppressor though.  I'm not entirely certain what the laws are, but I know that you have to have the orange tip when transporting your Airsoft gun(s), but I am not sure that once you're on private land for a game that you have to keep it on.  I always suggest erring on the side of caution with your Airsoft guns to prevent unfortunate incidences like getting your goodies confiscated and/or getting shot up by Five-O, thinking you were packing real steel heat.  Know what I mean, dog baby?  Don't be an idiot. 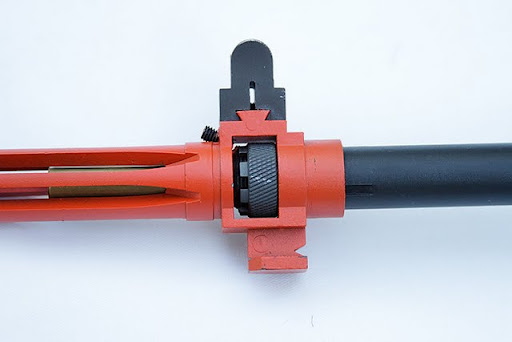 This picture below is pretty boring, I admit.  However, I thought I'd highlight the fact that the bolt picture below has a strong tendency to come loose during operation of the WE M14 due to the rifle's heavy recoil action (relative to other Airsoft GBBRs).  I suggest securing this bolt with some kind of adhesive substance or material.  Locktite would be fine, since you don't need to remove this bolt to disassemble the rifle.  It's just for looks, as far as I'm concerned. 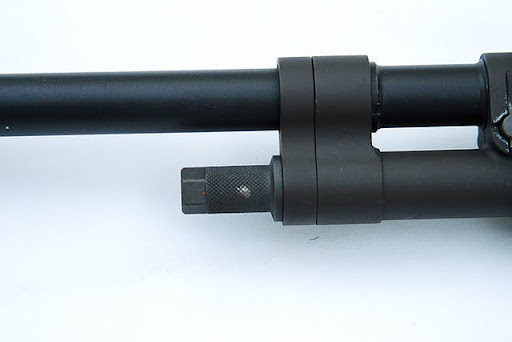 Here's another shot of the WE M14's belly taken from farther back.  You can see up at the front of the faux wood body, you've got your standard D-ring for attaching your favorite two-point sling, but there's also a pre-drilled hole in front that could quite possibly serve as a means to attach a bipod to this baby.  However, I will tell you, that in order to do that, it's highly likely that you're going to have to do some modification to the inside of the stock body.  I'll be doing a write-up about my attempt to successfully mount a bipod to the M14 soon, so I won't get into a whole lot of detail about it tonight. 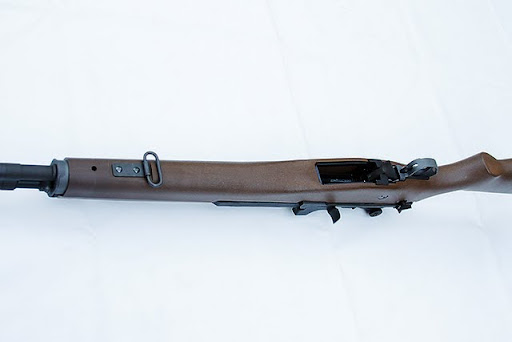 Yes.  This is the butt of the rifle. I could take this opportunity to make some pretty hilarious comparisons to the human butt, but I won't for the sake of the children.  But think about it.  Pretty funny.  You know you're thinking about it now.  Stop.  You're gross.  Anyway, when you first get your WE M14 GBBR out of the box, check the storage cavatiy located in the butt of the gun for the suppository items that include an updated version of their speed loader, which works phenomenally better than the one that came with the WE MK16 GBBR that I review a few months ago.  Additionally, WE also provides you with a longer follower spring to use when converting the M14's gas magazine from a 20-round mag to one that holds 30 rounds.  I've already written up the tutorial and posted it for converting the mag, so check out the WE M14 Gas Blowback Rifle Blog Thread link on the right-hand side of the page to find it. 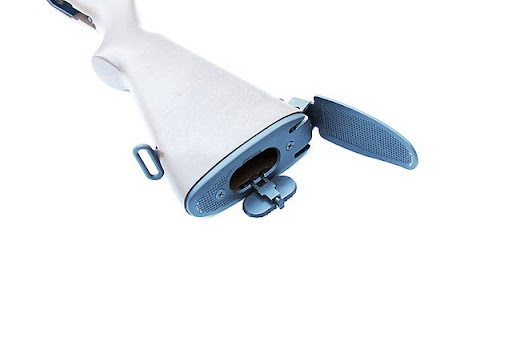 That's all for now, but don't let that get you down, I've got plenty more where that came from. Like I said, I'm going to see if I can't get a bipod on this thing, plus, I'm going to be testing out some different hop-up buckings, along with a brand new inner barrel from Ben Noji of PolarStar/EdGI fame. PLUS, I'll show you how to mod your magazine's gas valve to be "high flow," for increasing your rifle's power.