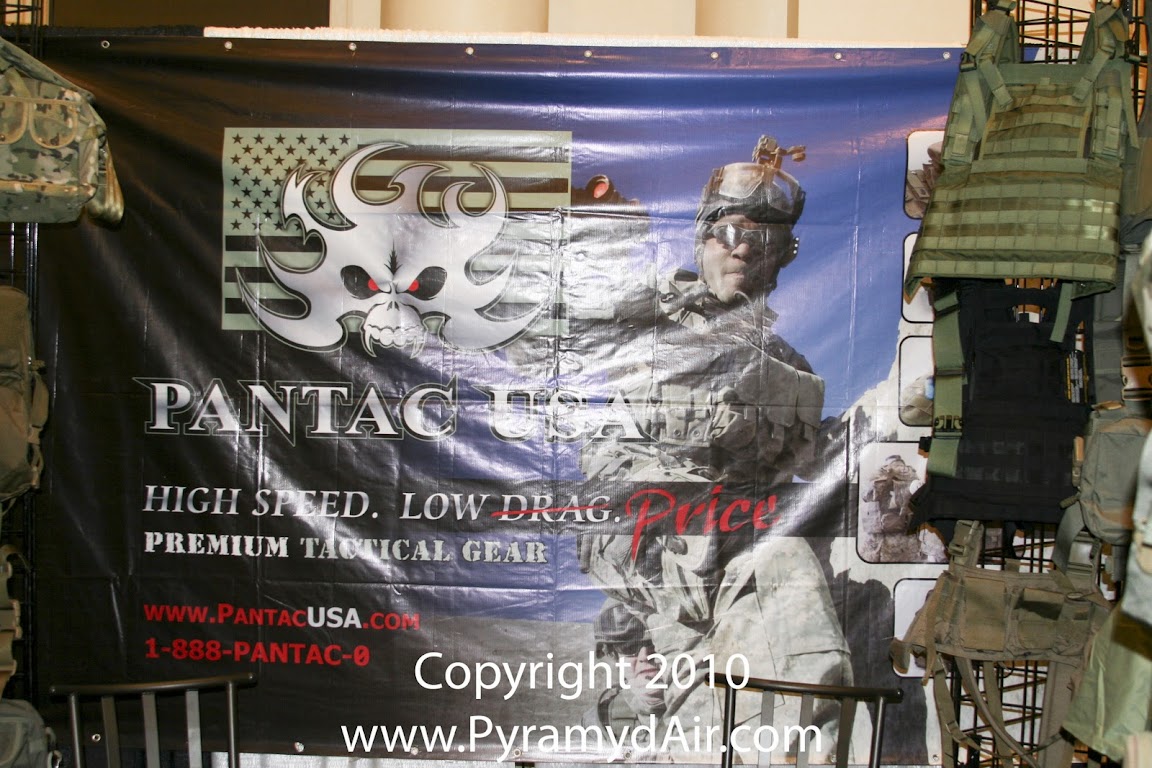 Is that a terrible picture of Pantac's banner? Yup. Sorry. 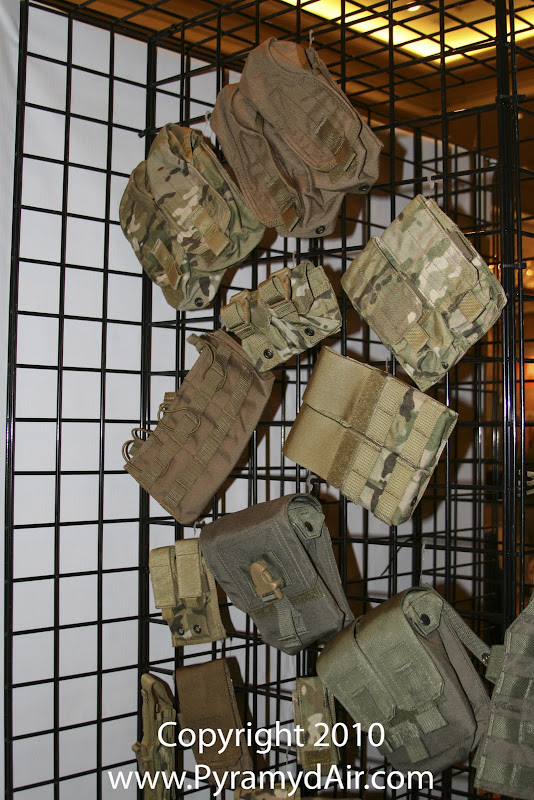 Truth be so very told, Shot Show had ended for the day and we were being ushered out by very large security personnel. While they were distracted by other, more suspicious-looking guests, I snuck a few snapshots of the Pantac USA booth that was unfortunately left unmanned by whoever Pantac sent to represent them. So I didn't get to talk to any of their representatives.

Here's what I saw:

You can see that they've got a variety of different tactical pouches for various purposes.  Most of these pouches to the right are going to be for storing extra Airsoft rifle and pistol mags, although I think I spot a double pouch for grenades or something in the mix as well.  However, one thing I've learned is that just because some SAYS it's for one purpose, doesn't mean it won't work really well for another purpose, too.  You just have to think outside the box in the event you're looking for a specialty pouch that nobody makes yet.

Pantac USA usually offers whatever gear they make in various styles and just about all the colors you would either want or need to be "tactical hot" out on the field.  I personally appreciate having a lot of options to choose from when I'm browsing for new stuff, so the fact that Pantac makes some pretty high-quality gear AND there's good selection of options to choose from is definitely a plus. 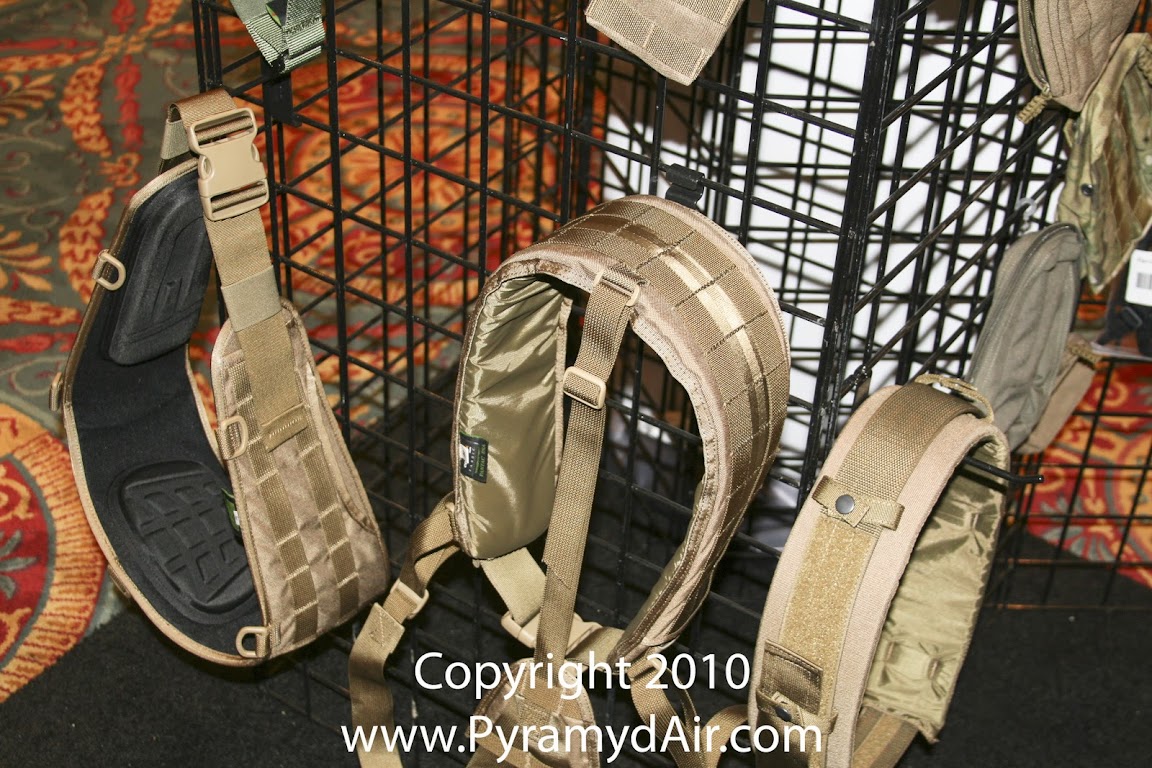 Pantac MOLLE Battle Belts. Very handsome battle belts at that!  I dig MOLLE battle belts because they enable me to carry more stuff than I may or may not need. It's all subjective, really. They are also great in the event you want to run more of a high-speed load out without a vest or chest rig. You can throw some MOLLE mag pouches on there, maybe a holster & a dump pouch for your spent mags and be on your way to winning. Bottom line is that they're very handy. 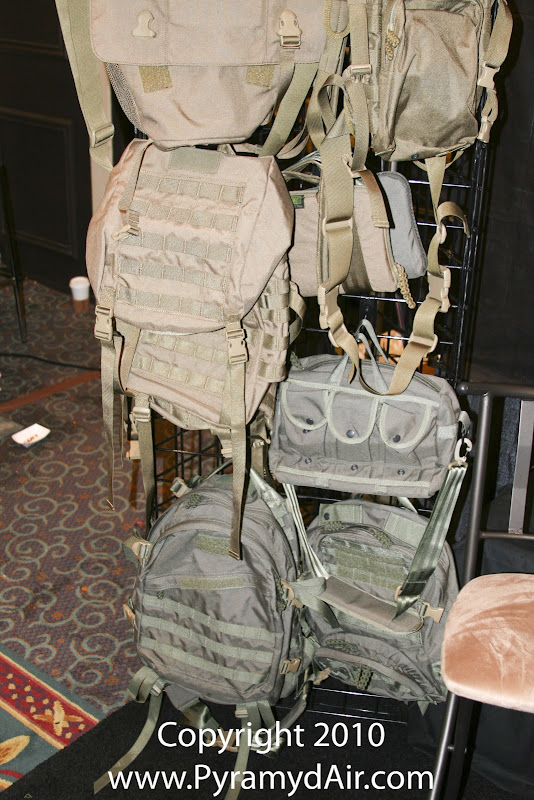 These were some damn fine tactical bags & packs, Pantac.  Well played.  These types of tactical MOLLE bags come in handy for a number of different situations.  For example, I use my 5.11 Tactical Series RUSH 72 pack for everything from road trips to a bag for snacks & other important elements of Airsoft game day to carrying my laptop, camera case & other crucial Shot Show gear.   I've also seen them used by Airsoft snipers who like to keep their ghillie suits in them when not in use.   Guys will take their "bag o' ghillie" out into the field with them and put their suit on once the game has started so that the OPFOR can't scope out their threads in the parking lot and have a better idea of what to look for when they're on a sniper hunt.  That's really only a situation for people like me who take these toy guns WAAAAYYY too seriously (which I see NO problem with and actually fully support because Airsoft is the bee's knees). 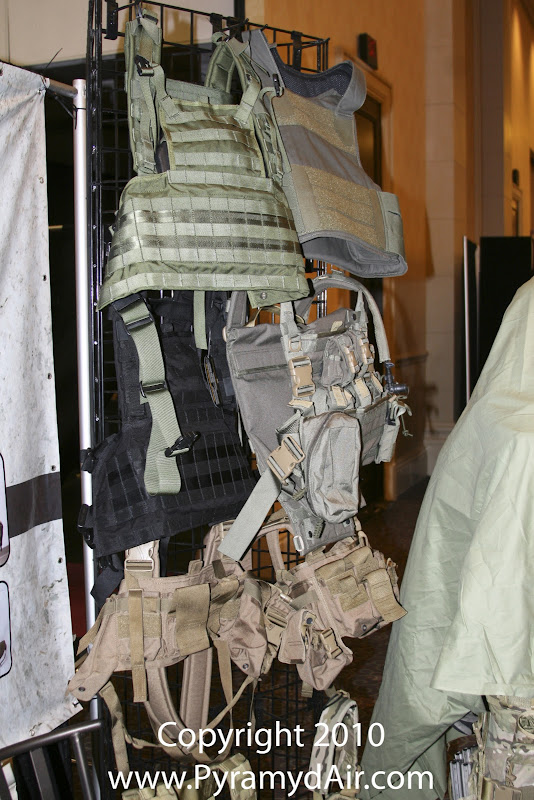 Everyone needs one of these rigs.  Not necessarily from Pantac, although they do make top-notch gear, but if you're on a super tight budget, just about any type of tactical vest that allows one to attach pouches and/or otherwise store necessities will suffice.  I plan on becoming an owner of a Pantac plate carrier at some point, hopefully sooner rather than later.   They hold up very well, but most importantly in Airsoft, they look outstandingly bad a$$ compared to some of the other vests I've seen out on the market. 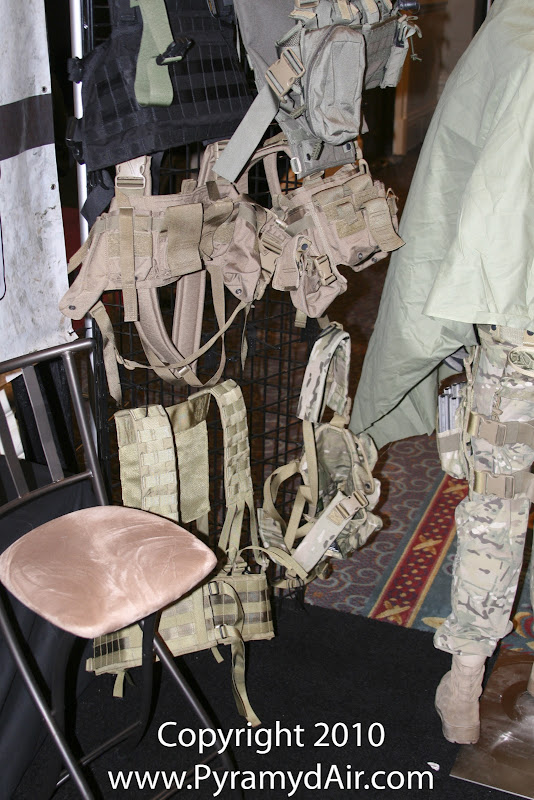 So there's a little taste of the Pantac Shot Show booth for ya.

If you can believe, I've actually got a number of updates to share with you still, here on the Award-Winning Pyramyd Airsoft Blog (thank you Popular Airsoft voters!!!).  And to think I that I didn't even get to see anywhere CLOSE to the amount of booths I had wanted to initially.  Next year's coverage is going to be crazy massive, I'll tell you that much, my anonymous 6mm friends.

Has anyone ever told you that I LOVE Airsoft?  Cuz I do.
Newer Post Older Post Home