Ok, no bears, but we can always dream, right?


UMAREX USA has some new treats coming out this year and one of those things is the new VFC G36 Gas Blowback series. 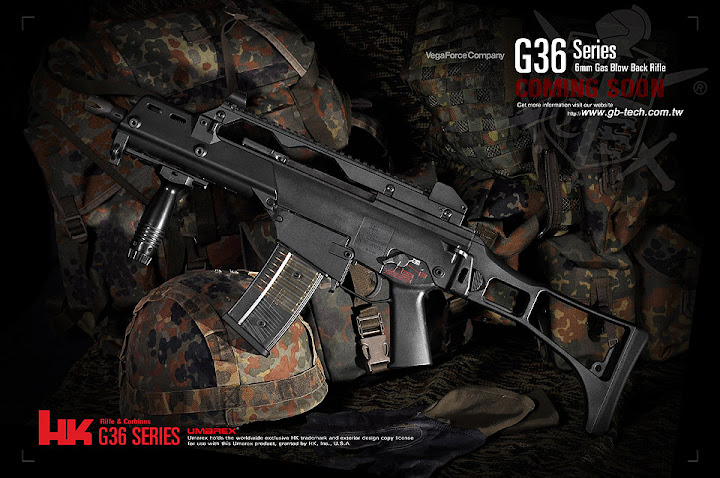 I have to imagine that with a name like VFC on the gun, it's safe to assume their new G36 GBBR is going to shine like a superstar. I'm such a fan of VFC rifles I could toot with excitement.

I will be honestly with you, I'm generally an AEG fan these days (with the exception of the new PolarStar Fusion Engine), but I'd definitely be interested in seeing what VFC can do with a gas system. I already know they dominate in the AEG market.

So I did two things to get information for this blog...NUMBER ONE : I attended this year's Shot Show 2011 back in January. Some of you may already be aware of this. While there, you can probably guess what I did? 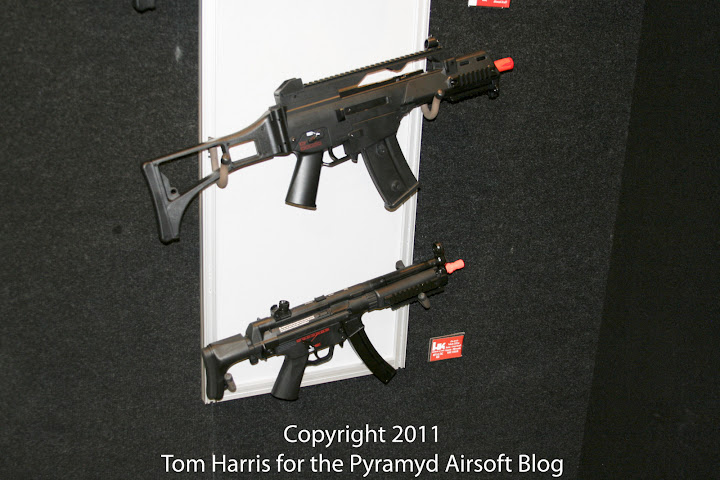 Yup. Took some pictures of cool guns, like the Ares G36C & what I'm betting is an MP5 A5 TAC Electric Blowback AEG made by the great Guay Guay Trading, Co., aka G&G Armament. I will post them in a second.

NUMBER TWO: I spoke with a Southern gentlemen who goes by the name of Cliff at Umarex USA a few weeks ago. No really...he's not only Southern, (Umarex's USA headquarters being based out of Arkansas) but he's also a gentleman. Super nice guy who gave me a couple tidbits of info that some of you might be interested in hearing about.

First, just a couple photos that I wanted to introduce to those who aren't already aware. Pyramyd Air carries a line of Airsoft guns from Umarex that are affectionately referred to as the Elite series. They're not so 1337 that only uber black ops clandestine shadow operators with mighty tactical beards can own one, but they are definitely on the higher end of the price spectrum, which does tend to limit the number of people who end up purchasing these fine specimens of Airsoft craftsmanship. However, in my experience thus far with the Umarex Elite Force series AEGs, I can honestly, with no B.S. or hanky panky involved, tell you that the VFC Elite Series from Umarex are TOTALLY worth the money. For reals.

What's that? You're calling my bluff? Fine by me. 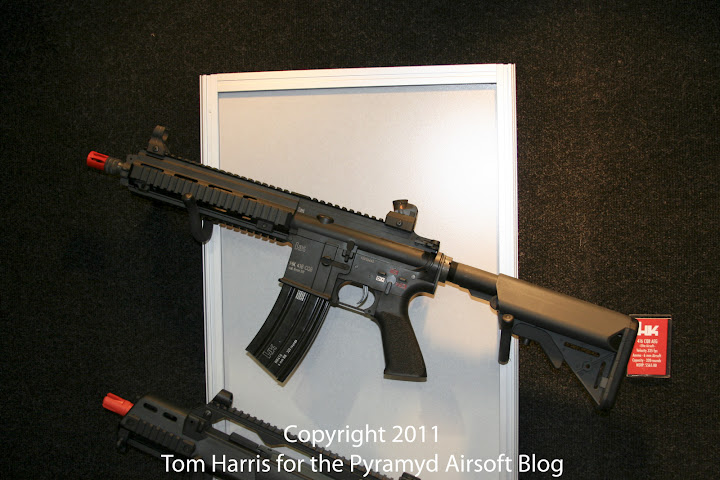 One of my all-time favorite AEGs is the VFC HK416 CQB Elite from Umarex.  If you haven't seen my review of it, then you haven't been NEARLY nosy enough around the Pyramyd Airsoft Blog then.  Get on it!

Seriously.  If you're looking for an M4ish-style assault rifle that doesn't suck at all, the VFC HK416 CQB is an excellent choice.  Other excellent "M4ish" choices in Umarex's VFC rifle department include these two gems: The Elite Force 4CR and the K-PDW AEG. 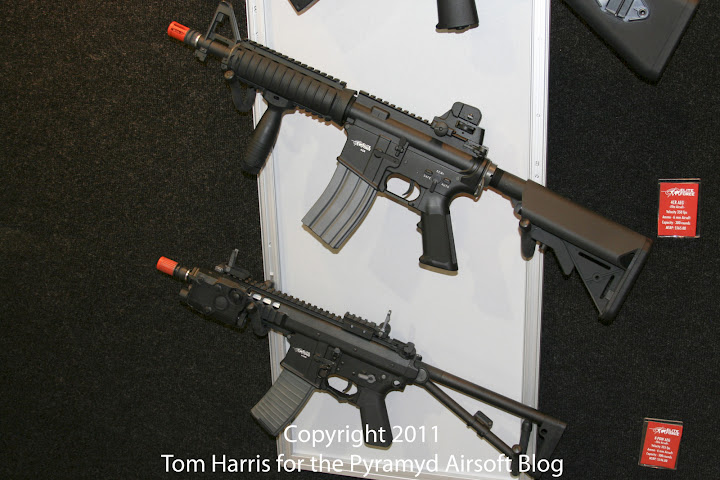 All three of these rifles that I just now mentioned are going to be great options for CQB or even longer range engagements if you know how to tune them properly. If you don't, just ask and I'll pretend to know the answer. Just kidding. I know the answer because I read Wikipedia on a daily basis.

Alright, so real briefly, since I don't have any photos to show you on this, I'll tell you that you can expect to see some new Berettas coming out, licensed through Umarex of course.  I tried to bribe Cliff over at Umarex with a mint Julip in exchange for releasing the name of the manufacturer responsible for producing these new Berettas, but unfortunately for those of us dying to know, Cliff's morale compass is pretty squared away and he remained tight-lipped on the matter.   While I couldn't get him to confirm this either, I wouldn't be surprised to see additional items coming out that VFC put their magic touch on as well.  So keep your eyes peeled and your oranges open.  Or vice versa.  I don't know.  Either way, I'm looking forward to the new guns that Umarex has in the works to release and quite frankly, if you enjoy purchasing guns that not only work, but work very well, then you should be excited too.  If you just like the guns that look cool but fall apart real easily and don't shoot very accurately, then don't worry about the Umarex Elite Series.  Those guns are for winners.

Please excuse my extended silence on the blog.  I was fortunate enough to attend John Lu's Operation: Red Storm in Whittier, California last weekend, but didn't get the green light until last minute and had a lot of work to do to get ready for an entire weekend of Airsoft, camping, Airsoft, and rain.  I hate camping, but I sure do love playing some high-end Airsoft games like Red Storm.  It was my first John Lu event and I have to say that overall, he did not disappoint.  I hope to have my full AAR with awesome photos up shortly.