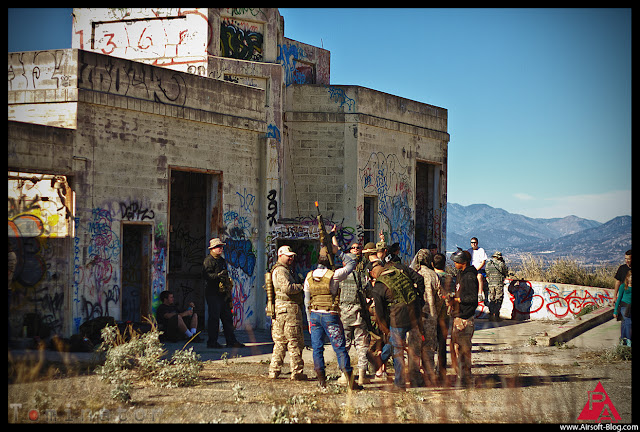 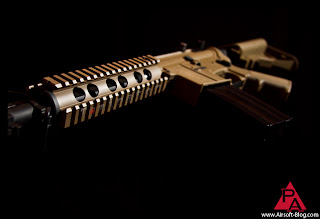 So I skirmished with the new Elite Force M4 AEG two weeks ago and was very pleased with what this rifle did for me while I was checking out a new field to play Airsoft.  After seeing how accurate it was, I was anxious to get this gun out on the field to play with it. 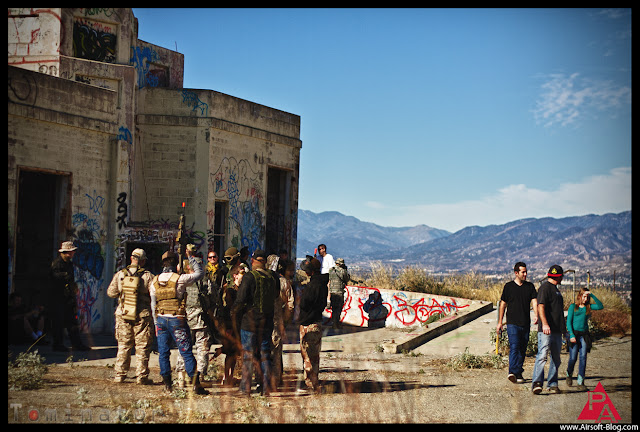 I used the super-handy quick-change spring feature on the Elite Force M4's gearbox to quickly drop in an M120 spring to bump up the FPS to just under 400 FPS with a .20g BB.  I had been told by a friend ahead of time that the field we were going to check out was mainly outdoors, but did have a building on it which is said to be an abandoned Air Force research facility, used by our military back in the day to do military stuff.

Check out more photos after the jump...
I thought I'd show you a few pictures of the field I played on and what I'd consider to be a fairly ideal environment for the Elite Force M4.  Remember, I did upgrade the spring because the field has some larger, open areas which make for longer engagements. 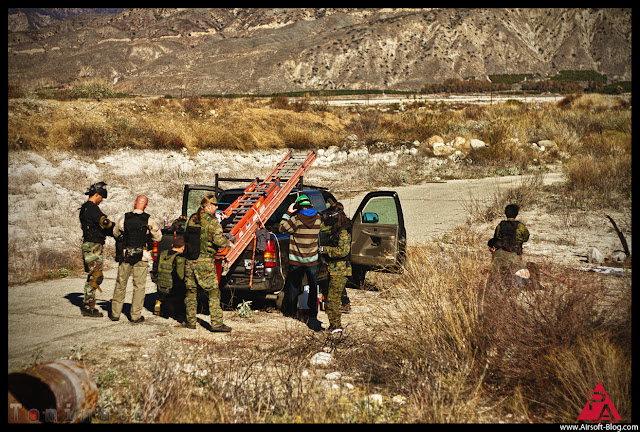 But even at the gun's stock level velocity of around 350 FPS, you can still be quite dangerous on a field like this if you use your brain and get tactical. 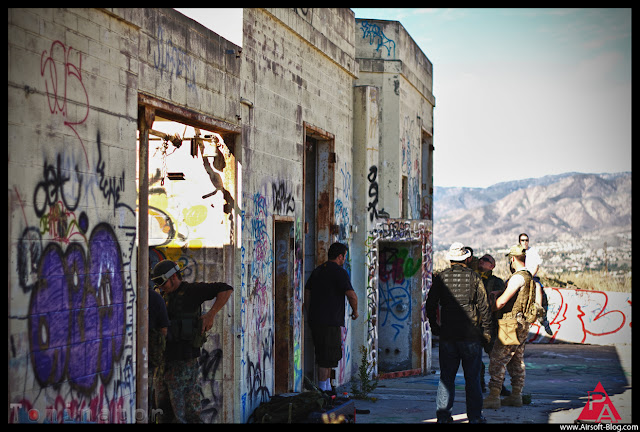 The advantage of a 350 FPS rifle, like the Elite Force M4s are that you can safely engage opponents in rooms like this, provided you don't shoot anyone in the face or at point-blank range. 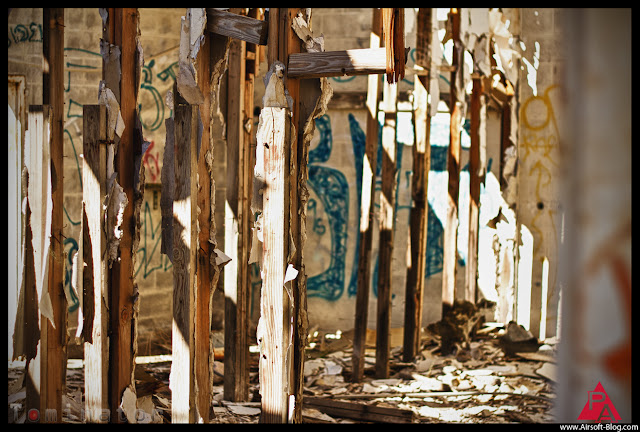 Use the Bang Bang rule if you're within 10 feet of someone and you've got the drop on them. 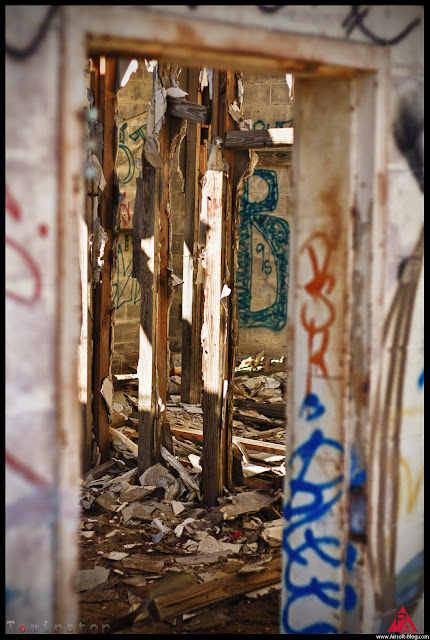 Don't be that guy who tries to parlay it if the other guy says it first.  That is lame and a mark on your character.


This is always a fun situation: You're outside in the bright sunlight, which prevents you from seeing in open, but dark doorways leading into the building.  The enemy inside the building, looking at you from that darkness has a definite upper hand. 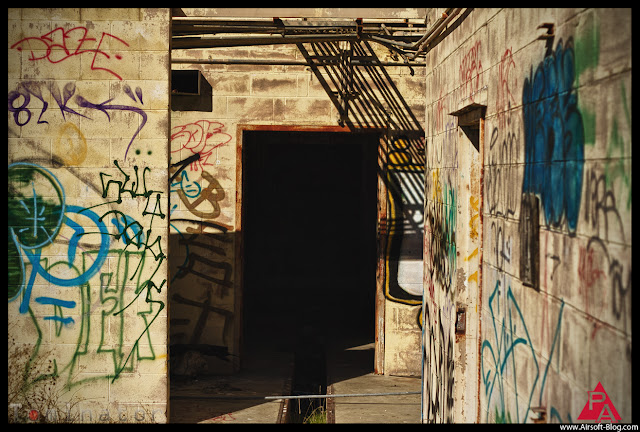 Here's a second shot where I exposed for the dark hallway so that you can get an idea of just how sticky this situation can get if you're trying to enter a building in this same situation and there are bad guys waiting for you in the hallways. 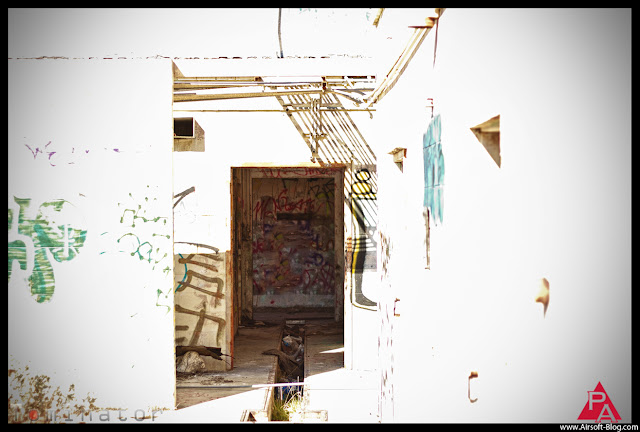 Here's a few shots of the hallways that you have to clear. 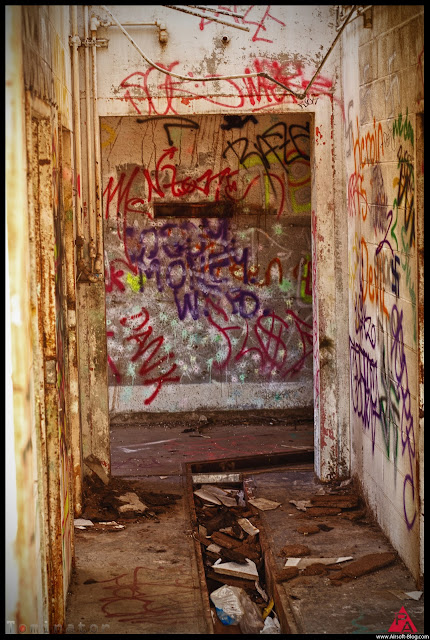 Keep in mind there are little rooms on each side of the hallway from which you can be shot. 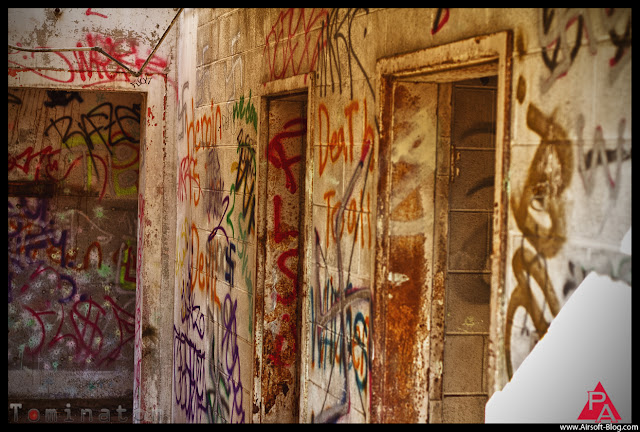 Two rooms & then the outdoors. 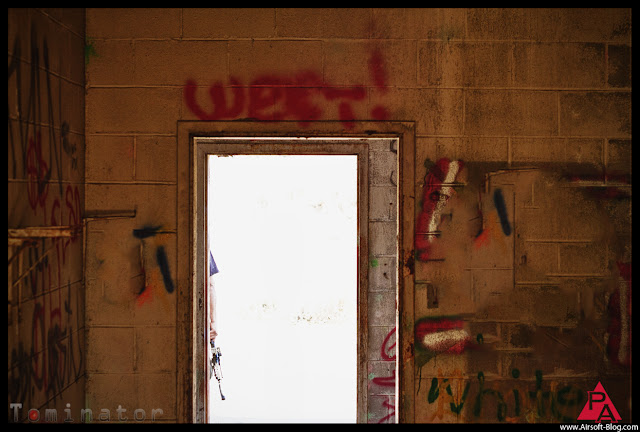 Same on the other side of the hallway. 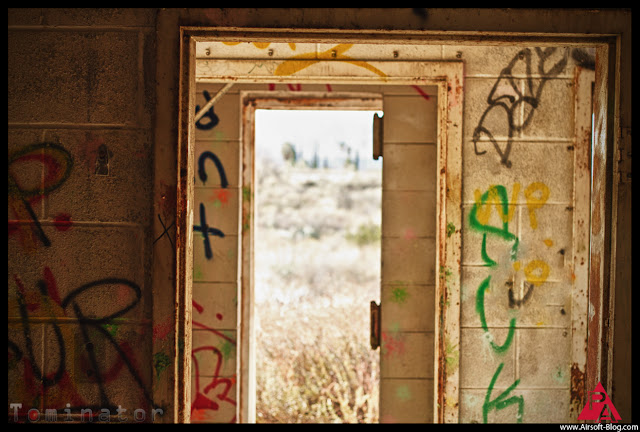 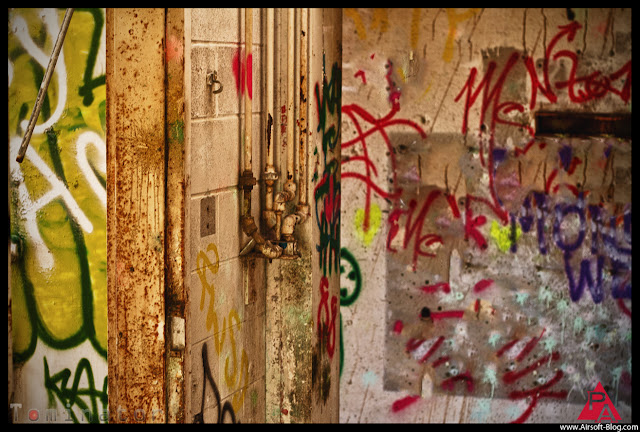 The exposure is horribly blown, but you can still get an idea of how much room there is out on the field to maneuver around and make your assault on the building.  Because there's only one building on the field and it's on a slightly elevated hill, it seemed as if the field were made for attack & defend games, which we played in a number of variations. 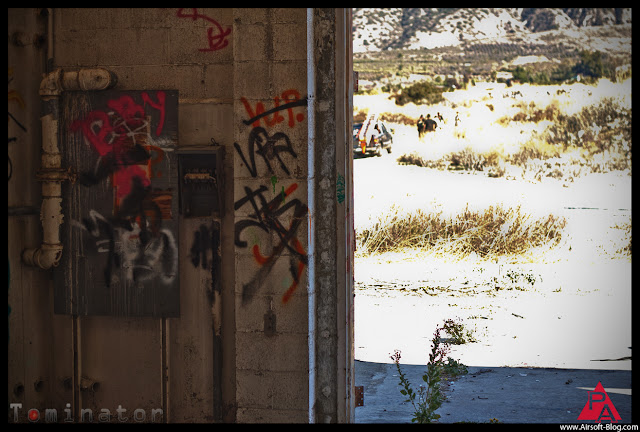 I chose the CQB-length gun because I knew there might be some close-quarter battles inside the building and I didn't want to have to deal with a longer rifle inside that could very well become a cumbersome problem when battling in those small rooms & hallways.  The Elite Force M4 CQB worked out perfectly for me because of its compact body. 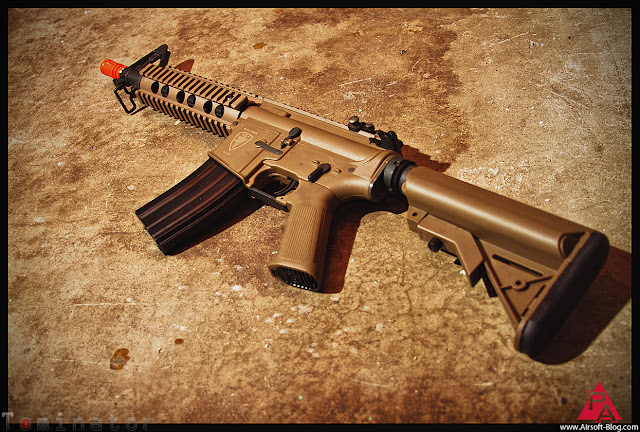 If you do use a gun that shoots above 350 fps and you plan on using it indoors or in close-quarter battle environments, at a minimum, it's a common courtesy to carrier an Airsoft green gas pistol on you to transition to when you and a bad guy get within the minimum engagement distance, which varies by field.  Some of the better fields will require you to carry a pistol.  Just thought I'd mention that.

Help us Dominate.  Please Nominate!
We appreciate your support!