Ever wondered what the inside of those Airsoft trigger switches in many of our beloved Airsoft machine guns looks like?

Yea, me neither, until I had to pull one apart to see what it's freakin' problem was. 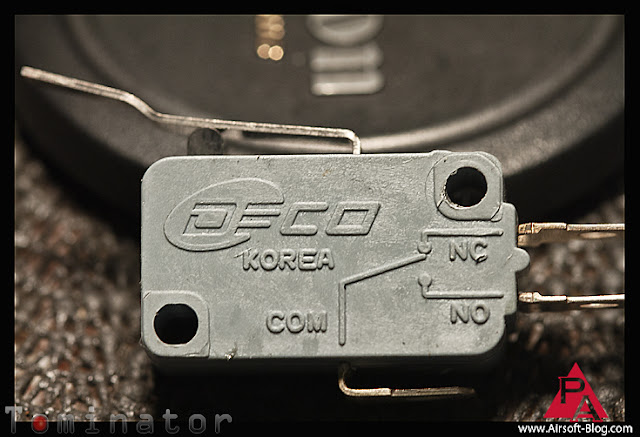 You might recall from my A&K M60VN Review that I was having some trouble inside the gun, likely because I was using an 11.1V Li-Po battery pack that had too high of a C-Rating (rate of discharge).


Here is the link to that series of blogs to catch you up to speed.
A&K M60VN Airsoft Machine Gun Review

Check out the rest of the Airsoft trigger switch photos after the jump...

The long skinny lever at the top is what gives this little unit the name, "Lever Switch."  Even though it's commonly referred to in the Airsoft world as a trigger switch, it's actually just a common electrical switch that is functional (sometimes) in Airsoft guns. 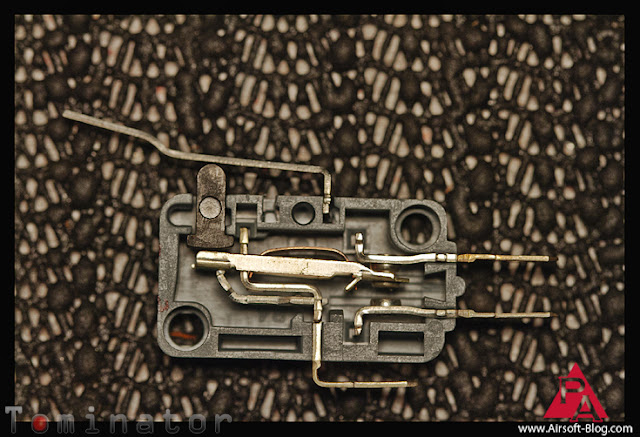 That thick metal arm in the center of the unit is the piece that gets pressed down by the black button underneath the lever to close the circuit, allowing electricity to flow through your Airsoft gun's internal system, causing it to hose your enemies down with a flow of 6mm BBs.

Here's a close-up of the contact plate on the arm, where you can sort of make out the damage caused by using a 30C Lithium Polymer battery pack.  It was wishful thinking on my part that without the use of a well-made MOSFET, this trigger switch could handle that kind of discharge rate. 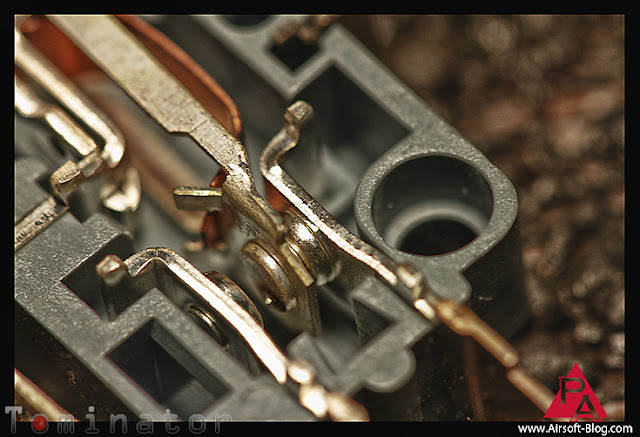 After doing some research on this, it's apparently not recommended to use anything over 15C or so for these switches when using them in conjunction with a Li-Po battery pack. 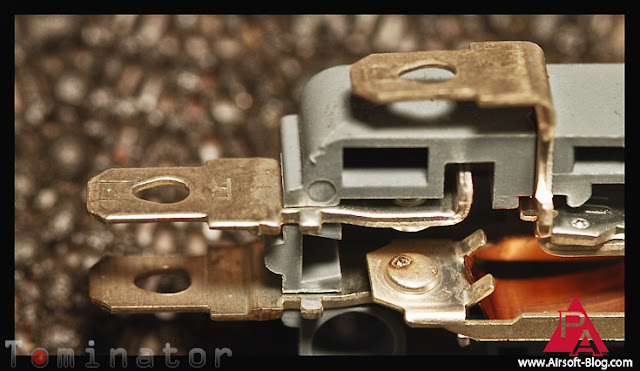 And finally, the money shot. 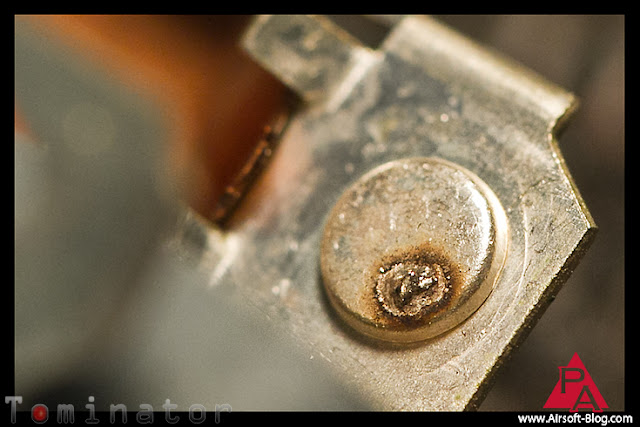 There was so much electrical juice flowing through these contacts that the arm was sticking in the "On" position when I pulled the trigger, causing the gun to continue firing even after I let off the trigger.  I had to unplug the battery to get it to stop firing.  Luckily, I was outside and the gun was pointed in a safe direction when I was testing this, so no damage was done to any one or any thing.

So, I did test my theory about using an 11.1V Li-Po battery pack with a lower C-rating and so far, it seems to hold true.  So with that, and the fact that I've replaced this damaged trigger switch with a new one just to be safe (this one is probably still OK to use if I cleaned up that contact plate), I should be able to get back on the wagon & restart my performance testing of the A&K M60VN Airsoft Machine Gun.