Some of my readers with an insatiable appetite for my Pyramyd Airsoft Blog ramblings will quite possibly have noticed that for the past few months, I have included the following image at the conclusion of each post.

Some of you might be a bit skeptical to even bother to click on the image and get the details on just how exactly you can win 50 bucks from Pyramyd Air.   I can't blame you.  Seems like a lot of the contests these days require too much effort.  Well, in my opinion, this one isn't too bad.  All you have to do is upload a cool photo of yourself with an Airsoft gun to the Pyramyd Airsoft Facebook page wall.  The biggest obstacle to overcome is simply submitting a photo that complies with our rules.  You might not like them, but rules is rules for a good reason (usually).  So I thought I might map out just exactly what those rules were and provide, wherever possible, an illustration of either what to do, or not to do in each case.

RULE: Proper eye protection must be worn in the photos, except if it's obviously a staged shot.  The picture of me below is actually not staged, but I'll admit that it looks so good, that I can understand why you might think so.
Best choice is to make sure you're wearing eye pro, even if the shot is staged, like this shoot I did with the Echo1 GAT last year:

RULE:  All guns must show orange tips.  If you don't have an orange tip on your Airsoft gun, just add some bright orange to the tip in MS Paint or Photoshop, like I did here for the VFC HK416 from Elite Force:

I'm not sayin' that looks great, just that I added the orange tip.

RULE: No inappropriate targets or uses of the gun. 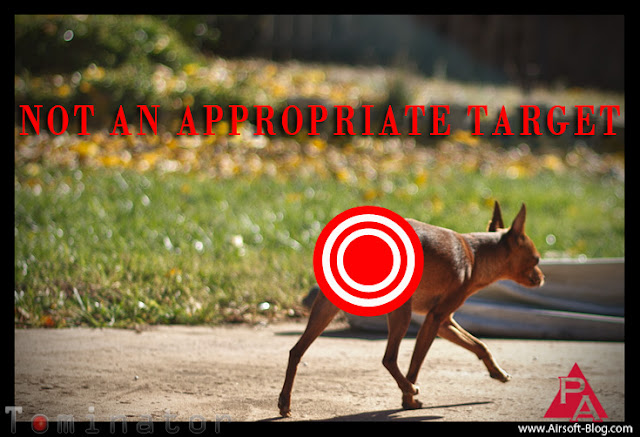 Animals like my new Airsoft sidekick, General Beauregard, as well as human babies, pictures of your high school teacher or principal are all examples of inappropriate targets. 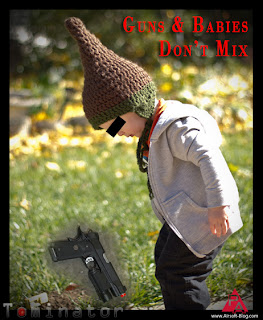 Speaking of babies, I hope it would be obvious that dangerous situations like taking a picture of your toddler with a gun is probably not a great idea.  The photo on the left is Photoshopped.  There was never an actual gun in the same image as the baby.  Check out his awesome gnome hat, though.  That thing is definitely real.

Anyway, another prime example of a no-no here is to have your Airsoft gun out in public.  No bueno here, either, champ.

RULE: Finger must be off the trigger unless you're looking in the same direction as the muzzle and are in a position to safely fire the gun.

RULE: Image must be your own intellectual property (e.g. don't steal other people's photos). 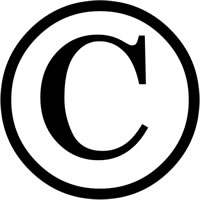 RULE:  No inappropriate or offensive content.
If you can't show your image to your mother without it being real awkward, you probably shouldn't be uploading it for this weekly contest.

And finally, my favorite.  Don't put up a photo that features a logo from a competing retailer somewhere in the frame.  We don't want to see that crap and certainly won't be awarding it $50 for the week.

The winner for each week is usually chosen on Thursday morning-ish, so it would be best to submit your photo before then.  Voting is done completely in-house, so the amount of likes or shares on your photo won't necessarily get you the win just based on that, but I'd be lyin' if I said we didn't take that into account.  So it wouldn't hurt to share your photo on our wall with your friends and have them like it and share it as well to help you out.

Now that you know what's up, get on over to the Pyramyd Airsoft Facebook page and upload your awesome Airsoft photo for a good chance to win a $50 gift card from Pyramyd Air for the weekly Big Shot of the Week contest.

Speaking of sharing, if you're done browsing here on the Pyramyd Airsoft Blog, would you mind sharing this blog with friends on Facebook? Perhaps even on your favorite Airsoft forum?