There I was, testing out the potentially marvelous new Elite Force .32 MilSim Max Bio BB when I started running into a little hiccup with my testing platform.  I didn't get to fire too many rounds of the newest release from Elite Force's exceptional line of BBs, but from what I saw initially, I've definitely got my hopes up.  Flight path looked pretty good.  I was using a G&P WOC, Western Arms-based Gas Blowback Rifle (GBBR) and began having some trouble with the trigger getting stuck while firing in semi-auto. 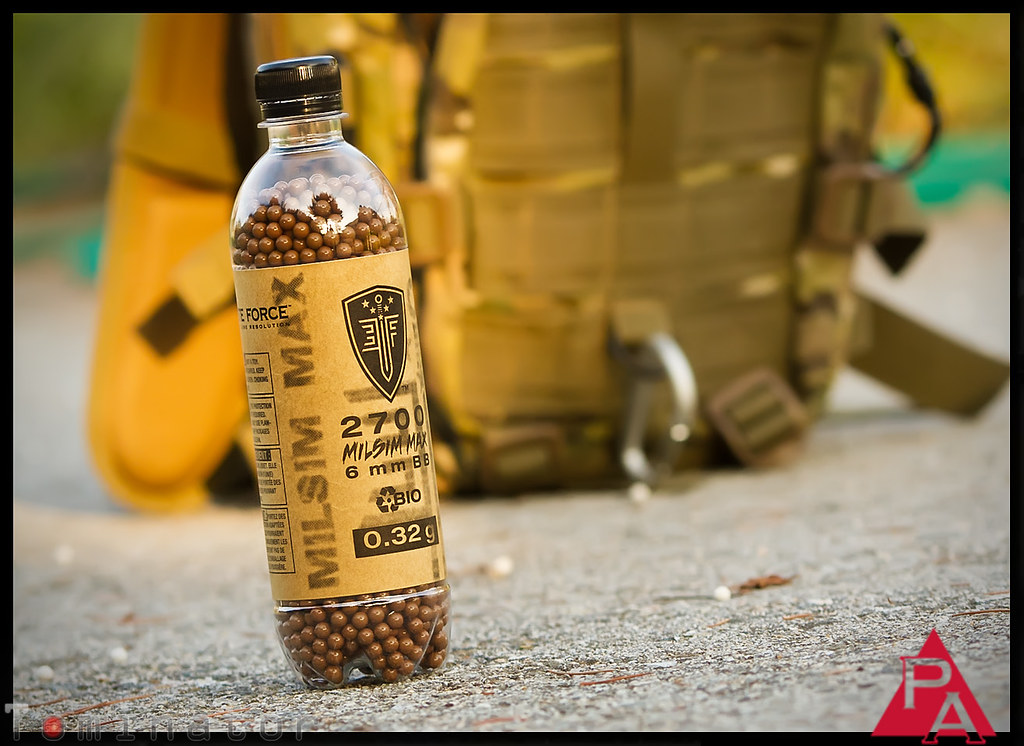 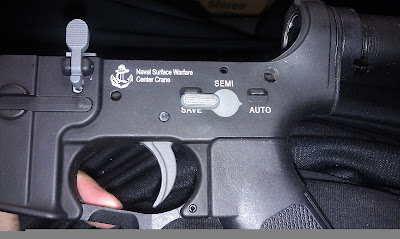 Additionally, the selector switch was getting stuck in full auto when I would switch to that firing mode.  It then became impossible to switch out of full auto by hand unless I popped out the lower receiver's body pin and opened up the gun.  This put a temporary halt to my test of these BBs until I could resolve the issue.  However, I hadn't really had any experience taking these rifles apart before (always had my buddy do the tech work in the past), so I had to blaze a few new trails.  I don't usually like to blaze new trails these days because I usually don't have the time.  But luckily, I was dealing with a Western-Arms-based Gas-Blowback Rifle, so the internal design is relatively simple in nature.  A definite plus.

Check out the solution to my G&P WOC GBBR troubles after the jump... 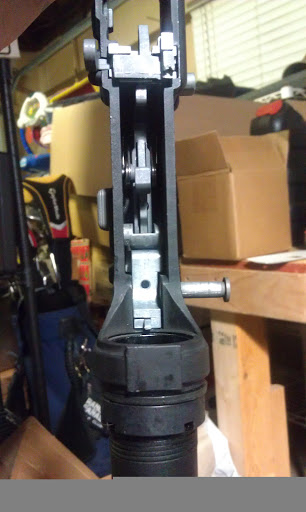 My apologies for the picture, but I've been having some dreadful technical difficulties this week across the board.  So after taking a more careful examination of the internals of this rifle, I narrowed down my suspicions to the piece with the big black dot in the center of it, right in line with the lower receiver's body pin that is sticking out of the side, to the right.  This piece was very loose and also happened to house the spring-loaded retention pin that keeps the selector switch in each of its three positions (safe, semi, & full-auto).

After a thorough assessment of the internals (I had to take everything out of the gun to figure it out), I determined that I needed to remove the grip of the gun in order to access the bolt that secures that piece I mentioned above.  In order to do this on your own gun, you will need an allen/hex/star wrench/key/thing/tool long enough to get all the way down into the grip.  My standard set of allen wrenches, which you can see sitting in the grey holder on my workbench, were not long enough.  Luckily, I had a different set which did the trick. 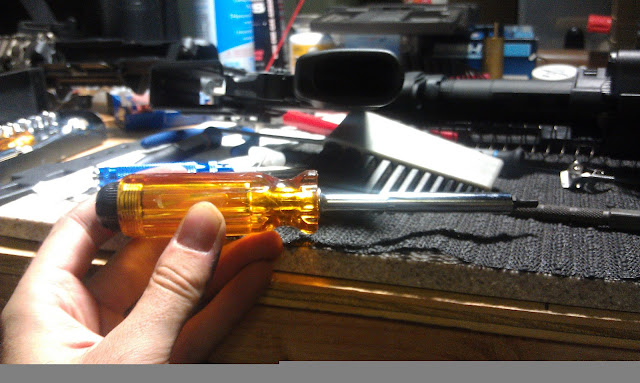 Here, you can see that I've removed the grip to reveal the bolt that I needed access to.  Initially, I was thinking that I needed to remove the bolt and take out the aluminum part from above, but somewhere between that time and this one, I figured out that the likely cause of all my troubles with the fire selector getting was simply from the recoil of the gun jarring this bolt and its associated piece loose, thereby causing my fire selector to get stuck in full-auto. 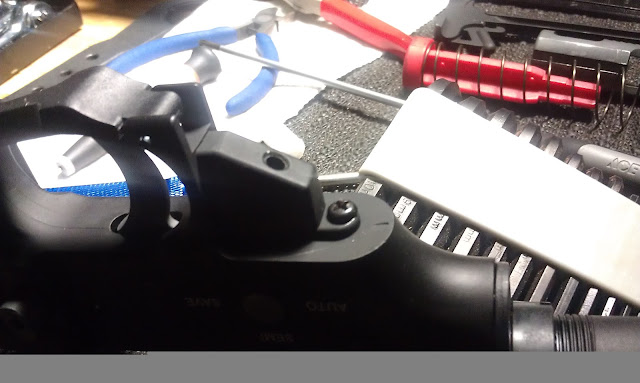 So rather than removing it to examine it closer and see what the problem was, I simply added a tiny drop of super glue (pretty much the same as "Thread Lock") to the threads of the bolt, then tightened it firmly by hand with a Phillips screwdriver and proceeded to reassemble the gun. 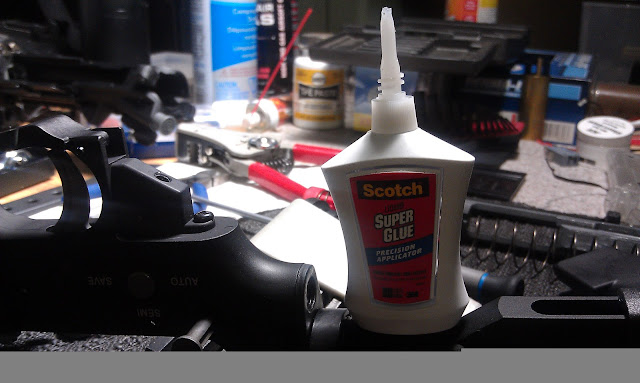 Bing.  Bang.  Boom.  Got everything back together and fired a full, 40-ish round magazine (I don't recall the magazine specs off the top of my head) without a single trigger or fire selector issue.  Not sure if this process fully address the trigger issue or not, but I have my suspicions.  The good news about these G&P/WA-Based GBBRs is that there are very few internal parts, compared to an AEG, so there are substantially less areas where a problem can occur, thereby making issues easy to identify and resolve (theoretically).  So I'll keep going with my examination of the Elite Force .32g MilSim Max Bio BBs to see if they live up to my hopes & dreams of having an awesomely accurate and consistent BB for my high-powered rifles.  For far too many years, the Airsoft industry has been plagued by a shortage of available BBs that prove accurate & consistent enough to handle the demands of the high-powered, long-range Airsoft rifles and their shooters.  Not saying there hasn't been ANY, just not nearly enough to satisfy the demand.  Few and far between.

Stay tuned.  If you haven't figured it out already, you can subscribe to the Pyramyd Airsoft Blog in the top right corner of this page to get updates whenever a new blog has been posted.  That's definitely going to be an easier way to visit us rather than simply hitting the refresh button every ten minutes during the day while you're procrastinating at work.  Just a suggestion.