Elite Force Airsoft Red Jacket Firearms to Partner Up in 2013 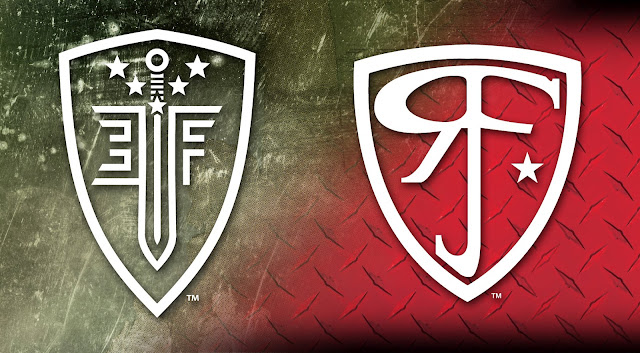 Elite Force announced on their Facebook page that they've formed a partnership with Red Jacket Firearms, the company behind the popular TV Show, Sons of Guns.  While the announcement was brief and relatively general in terms of what to expect, they did say that these products won't be out until next year (2013).

I placed a call into my boys at Elite Force, but they were like two vaults.  Andy Green just responded to my requests for more details by simply saying, "Come at me, bro."  This infuriated me and so I just hung up on him.

I do, however, have unconfirmed hunches that we might expect to see some of the most popular Red Jacket custom builds produced in Airsoft form.

Check out my predictions on what we might see from this partnership after the jump...


After speaking with a few friends who follow the show pretty closely, they all wagered that an Elite Force RJF 1911 would probably show up.


Another one I would bet is in the works, is the Elite Force Red Jacket Firearms integrally suppressed AK47 (RTS-ZK-SD). At least I HOPE it's in the works. That thing is sweet, and probably one of my favorite designs from the RJF team.

Another one I'd expect to see is an Elite Force Red Jacket Firearms KMP Advanced M4.