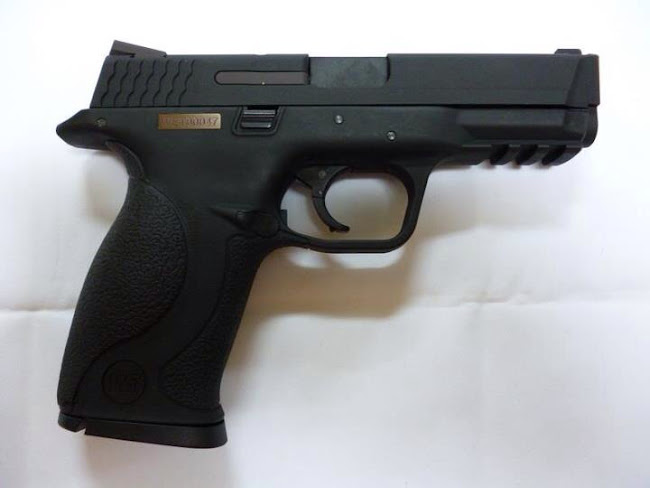 Yesterday, I was able to meet James Chan of WE Airsoft, who informed me that later in the day, they'd be releasing a very special new gun, which, he revealed, would be an Airsoft gas blowback version of the Smith & Wesson M&P 9mm handgun. Me thinks this will probably be a pretty popular pistola. 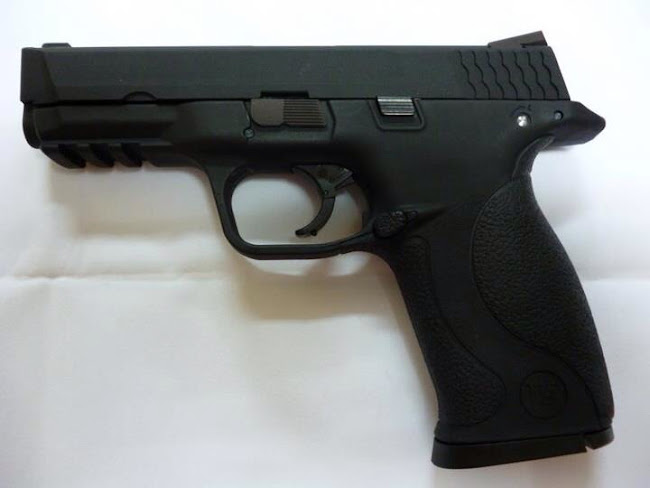 Check out all the WE M&P 9mm pictures after the jump... 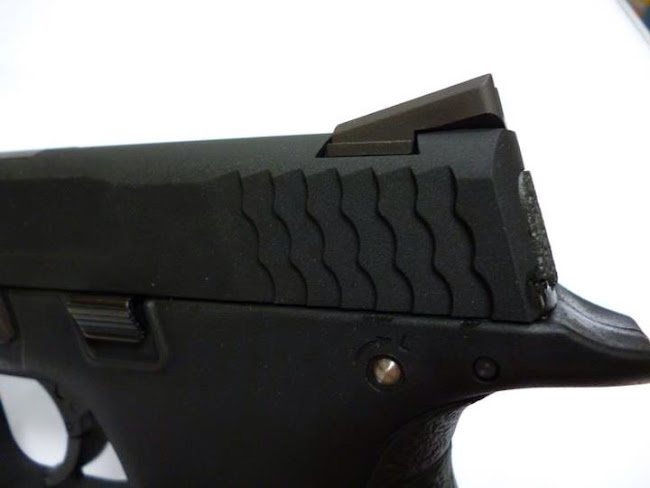 We appears to have go to extensive detail to accurately replicate the real steel version. 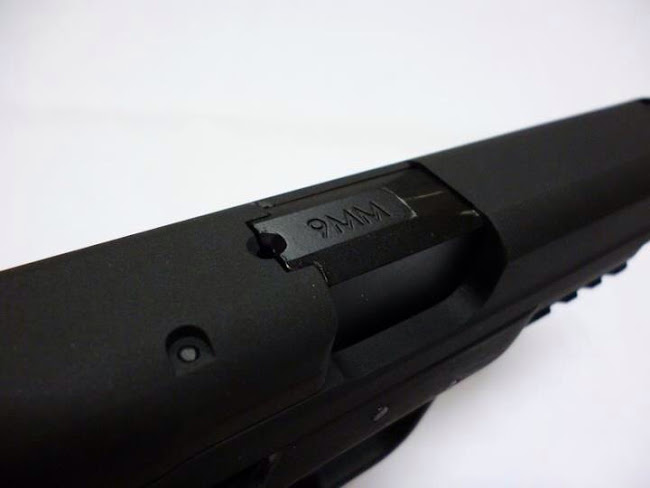 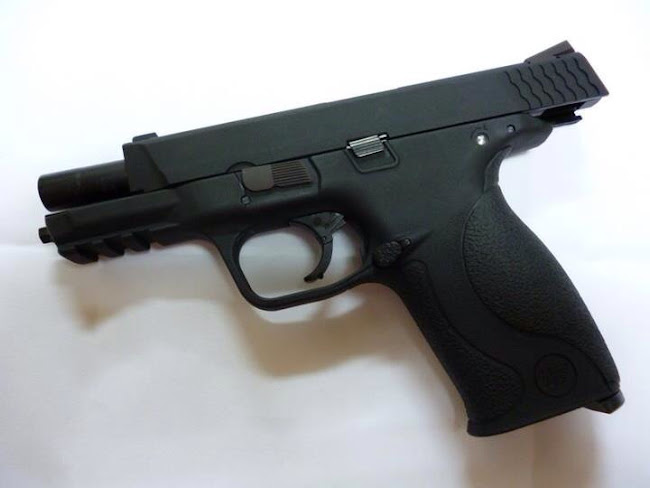 Below, you can see a close-up of the slide catch button and the slide release lever. One keeps the slide in the locked back position, while the other releases the slide from the lower frame for cleaning and maintenance. 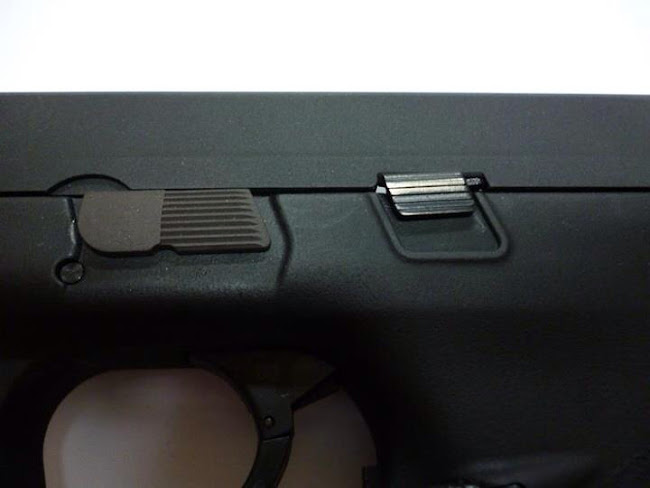 Another nice touch is that these WE airsoft pistols will be individually serialized. 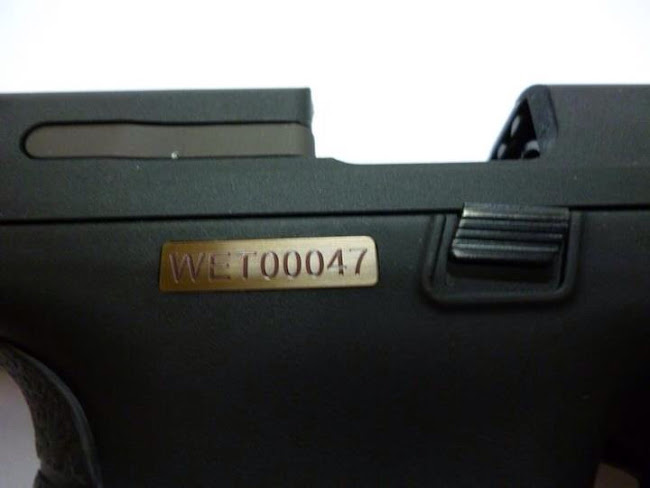 Here, you can see the same slide buttons again, plus the trigger and the textured grip. 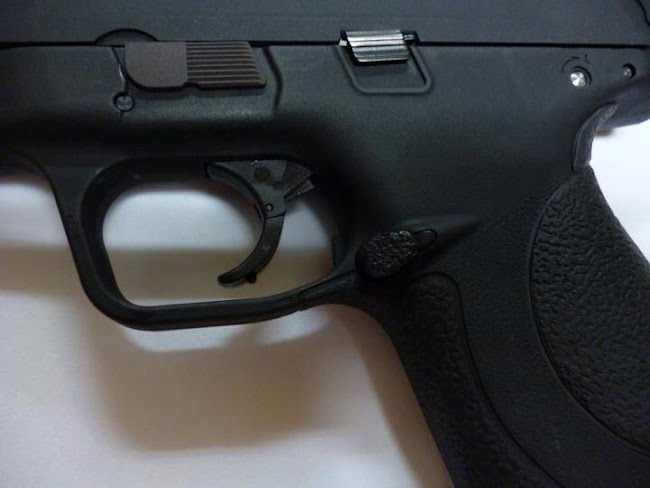 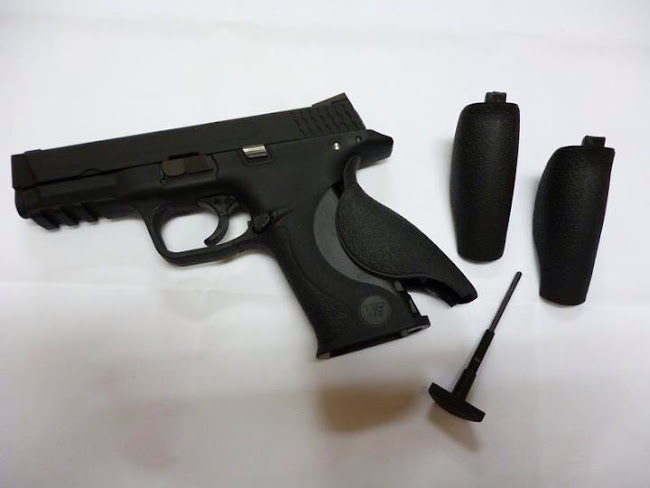 The WE M&P 9mm will come with three different sizes of backstraps so that you can create a more optimal fit for your hand. 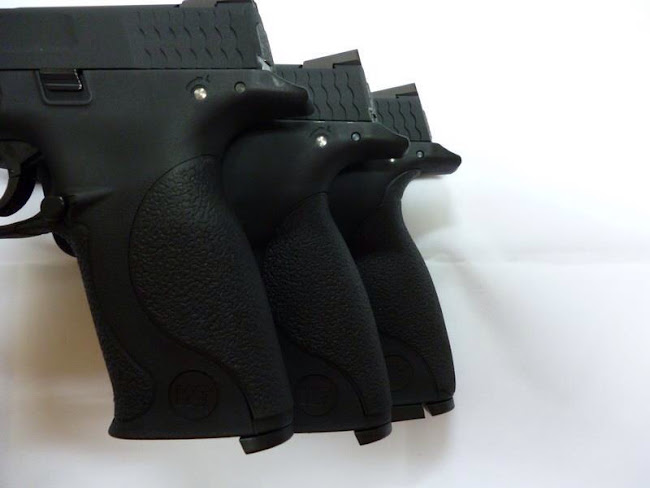 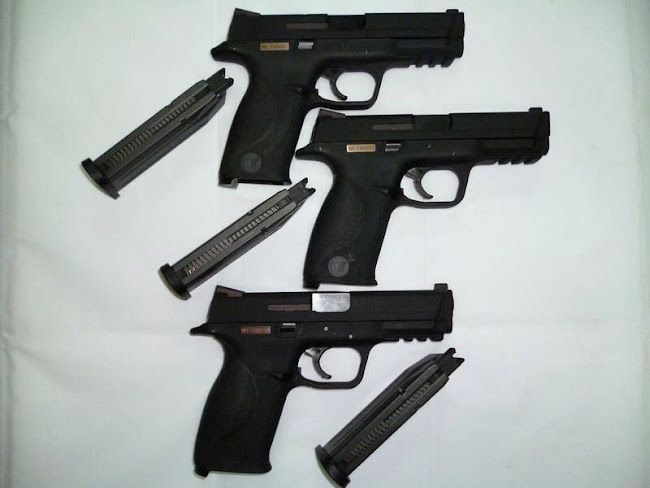 So, there you have it. I don't have details on price point & release date yet, but WE has historically been rather impressive with the quickness and speed in releasing new products (unlike many of their competitors) and usually offer their products at a very reasonable price. I would expect to see this gun come in at around $120. Time will tell.

These photos were taken from the WE GBB Facebook Page. Be sure to add them as a friend and tell them Pyramyd Air sent you.