Ah yes.  It seems like KWA always has an Ace up their sleeve.  Last week, for those of you that didn't know, was one of my favorite events of the year: Shot Show 2013.  It went down, as usual, in Las Vegas, Nevada, and while I was there, I stopped by the KWA booth to see what was new and exciting for 2013.  Sure, they had some cool things at their booth.  I came. I documented these things.  I left, thinking I obtained all the info there was to know.  Well, sure as I am bald, they threw a curve ball in the mix on Friday, the final day of the show.  They made more announcements previously undisclosed to the general public or even whispered in the dark corridors behind the scenes.

For starters, one of their more exciting pistols to be released (maybe) this year, is a licensed replica of the Sphinx SDP (Special Duty Pistol) Compact.  If you've ever had the luxury of shooting a Sphinx firearm, you'd know just how wonderful these handguns are.  They're comfortable, accurate and easy to handle.  I would imagine the KWA airsoft version will cover all those bases for a home run as well.

According to the copy supplied by KWA on their website, they're marketing this as the "airsoft training counterpart to the Sphinx SDP Compact."  With a statement like that, I'd expect them to attempt to mimic the firearm in every way allowable, which, undoubtedly, will make for a great Airsoft gun.
Here is a copy of some of the features & specs, which I've literally copied & pasted from their website:
"The Sphinx SDP (Special Duty Pistol) Compact by KWA is the exclusive airsoft training counterpart to the Sphinx SDP Compact. The disassembly procedures, interchangeable grips, and standard fire controls found on the firearm are recreated. The Construction of the Sphinx SDP frame combines aluminum alloy and polymer for dubilty and weight savings."


Some of you readers might be all current on all things Airsoft, so you may have already seen the news update on this particular gun from other channels who posted about it last week.  So let's get to the newer stuff that wasn't really talked about during the show.

Just to give you a hint or two, there is a new brand license and something cool and KRISS Vector-related.

CHECK ALL THAT OUT AFTER THE JUMP... 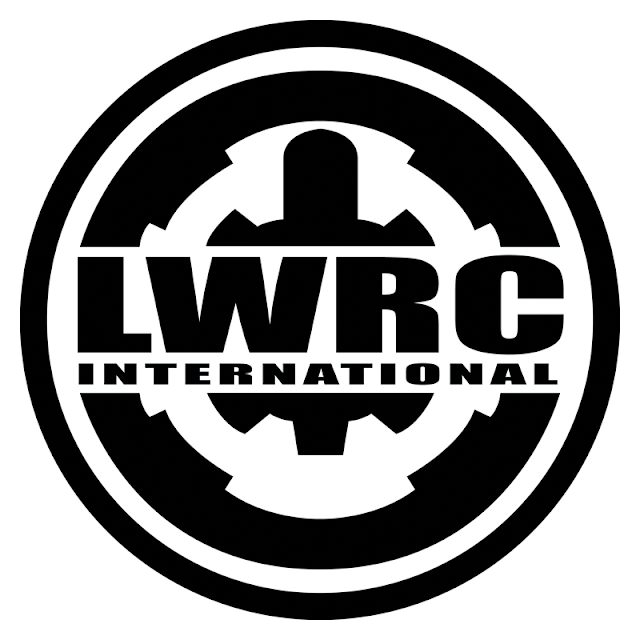 For starters, KWA announced as of last Friday that they have recently acquired the licensing rights to product LWRC-branded Airsoft guns.
From the sound of things, both AEG and Gas systems will be produced in various LWRC-branded replicas.  Included in the press release from KWA, was a quote from LWRC VP of Business Development, David Loeser, that was both interesting and alarming.
"LWRC International proudly announces our new collaboration with KWA. Our partnership with KWA will continue to enhance the premium LWRC International brand by replicating the new lines of M6-IC, PSD and REPR rifles in an airsoft product suitable for our most discriminating government customers' training requirements. We've had the opportunity to get to know the people of KWA and inspect their manufacturing facilities, it is a fine representation of the LWRCI brand for the airsoft commercial and government market."
The part in bold is the part I'm somewhat alarmed, or at least moderately concerned about.  What exactly does he mean, "the people of KWA?"  I can't help but notice the racial undertones there.  Actually, I'm just kidding.  I saw small opportunity to pounce and tried to stretch it into something bigger.  I am not accusing anyone of being racist.  Although, have I ever told you about the time I accused a referee at my local field of being racist against machine guns?

Alright, the last bit of news pertains to the KWA KRISS Vector SMG.  I have personally seen a few complaints on this matter, and apparently KWA has seen or heard enough on their end to warrant such a move. KWA also announced on Friday that, in addition to the gas blowback version, they would also be producing an AEG version of the KRISS Vector SMG as well.
Let's face it, unless you're in Southern California or some place else close to the equator, your days of playing with gas-powered Airsoft guns are fairly few and far between during the year as the seasons change.  So this should be a nice relief for everyone wanting a KRISS Vector, but who like to play outdoors in the colder weather.  OR for those who just simply prefer an AEG platform over a gas platform.  Now you're covered either way.  That's called Bi-winning, according to Charlie Sheen.