More treats from yesterday's visit to the Elite Force booth at Shot Show 2013.  They had some new MP5 AEGs on display.  Perhaps the most exciting for me, were the two Elite line models which will be made by VFC and boast of firing modes that include safe, semi, full-auto AND 3-ROUND BURST!  Me rikey a rot (too racist?). 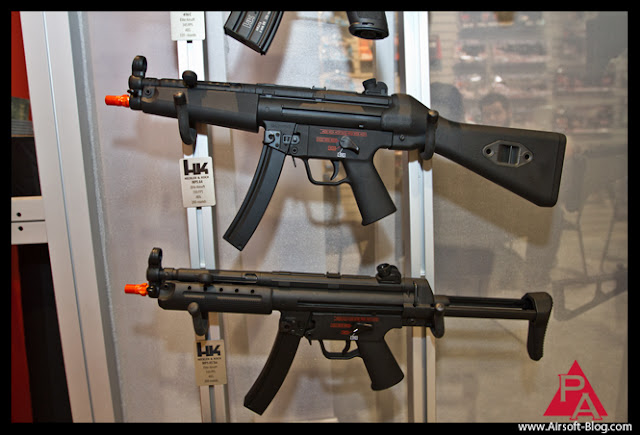 Check out more info on the new Elite Force HK MP5 AEG series after the jump...

So they're gonna do an HK MP5 A4 AEG model in the Elite line from VFC. 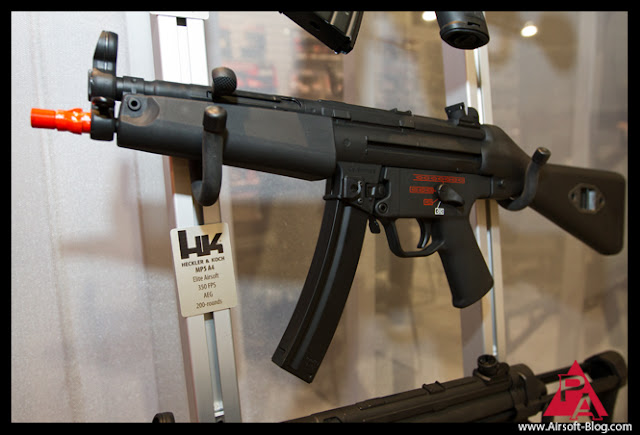 And then they're also going to produce an evolution of the HK MP5 A5 Tac, which I've had the privilege of reviewing in the past.  This updated version will feature a slightly different handguard which got rid of the picatinny rails, but we gained a large volume of space inside so that users can actually fit a battery inside. 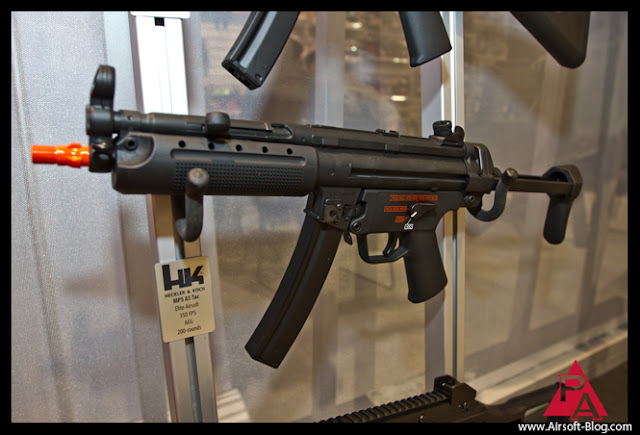 The older model that I reviewed refused to accept pretty much any battery that I tried, ranging from 8.4 to 11.1 stick batteries.  So this is definitely a satisfying improvement.
Lastly, Elite Force introduced two competition series models, which will clock in at a lower, more budget-friendly price point, but will not be made by VFC.  They're going to do the standard HK MP5 A4, like the one above, and they're also going to do the HK MP5K airsoft submachine gun. 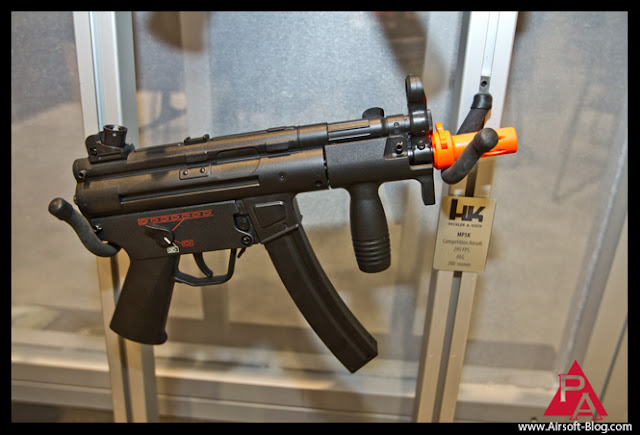