Yesterday, thanks to a young man I like to call Jet Del Castillo, I had the privilege of previewing the new Airsoft-only field at the world-famous SC Village in Southern California.  It's essentially an extension of the epic, SC Viper field, called the Supply Depot.  I was really impressed with the materials they used to set up the field.  Apparently, somebody over at SC Village got a hold of a bunch of metal drums/barrels, inert rocket tubes & other large, assorted military-grade cases & containers to use to build this field.  Very cool. 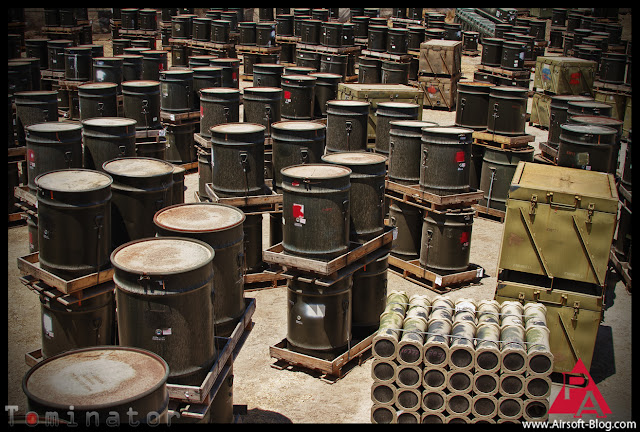 As you can see below, these are not just ordinary barrel drums.  At one point in their life, they were used for cool stuff coming from defense contractor Lockheed Martin (I hear they're like actual rocket surgeons over there). 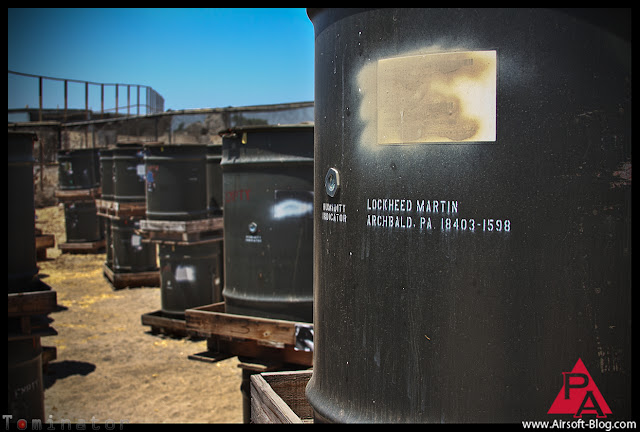 Since I'm no military expert, I couldn't tell you what they were used for, but I bet it was something awesome because only awesome stuff requires its container to have a humidity indicator built into it. 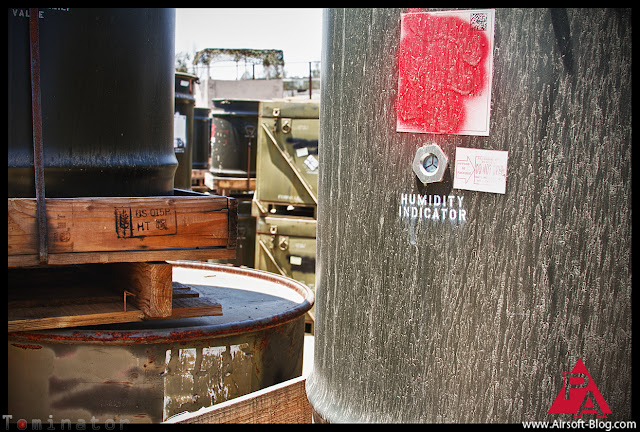 Check out all the rest of the SC Village Supply Depot photos after the jump... 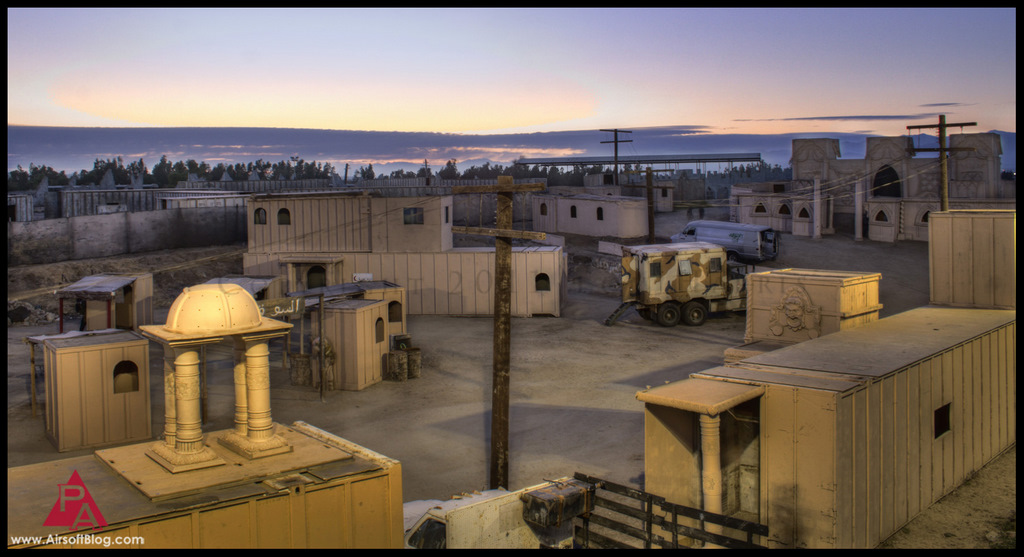 8900 McCarty Road
Corona, CA 91710,
and took some photos for the Pyramyd Airsoft Blog. Those photos can be found in my Airsoft photography gallery after the "jump."   Click the "Read More" link at the bottom of this post.

*MOUT is an acronym for Military Operations on Urban Terrain and in terms of Airsoft, it generally refers to a field that features not only buildings or structures to play inside, but also the ability to continue the fight in the open air outside of those structures.  It basically combines indoor Close Quarter Battle (CQB) with outdoor play.  MOUT facilities are my favorite type because of the fact that they are a blend between the two ends of the spectrum.


In case it wasn't immediately clear from the photos, there was a massive line to play. From the hours of 12pm to 4pm, game play was free, and then from 4pm to closing time (around 9/10pm-ish), it was $20 bucks.

The final number count straight from Giant Airsoft director, Jet del Castillo, almost reached 1,000 (ONE THOUSAND) players. The official number was something like 940, IIRC. Now hold on, nay-sayers. Don't freak out on me. There wasn't 940 players on this tiny field all at one time, alright? In order to get everyone at least a small taste of the field during the free play segment, the game staff let in approximately 50 players per side, with each time starting on opposite ends of the field. The game would run for 5 minutes, wherein players would shoot it out until the refs blew the whistles and the guy with the bullhorn would call game over. Then, each team would switch ends of the field to start at and go at it again from the opposite direction. Then, those 100 players would exit the field and another hundred would enter. REMINDER: This was only during the free gameplay segment so that everyone could get an introduction to the new field. Regular games will go for longer, as I experienced during the post-4pm portion of the day, when players had to pay to stay.

I was excited for my buddy, Jet, that so many people showed up to check out the field, but holy catfish, the place was a freakin' zoo. Once we had to pay, a lot of people cleared out, and pretty much left only the higher caliber players and/or those who weren't cheapskates, to battle it out for the rest of the day and into the night. Quality of game-play significantly increased at this time and remained that way for the duration of my time there. I had a mountain of fun throughout the day. I even got some one-on-one time with the new KWA Adaptive Training Pistol, which, if you haven't heard, is one of the most anticipated new Airsoft pistols to be released in 2011. I got to see it while attending the 2011 Shot Show in Vegas this year, but it was great to see it again, in a more up-close and personal setting. I will post those photos soon. This post needs to remain focused on a very cool new field. In fact, reading text is probably not what you're most interested in right now, is it? No. You'd probably rather see some sweet photos of the field and of players running and gunning to their hearts' delight. If so, just click the "Read More" link just below to check out my photo gallery for the SC Viper Airsoft MOUT Facility.