So I got the word that Pyramyd Air is now carrying the new, licensed H&K G36 Competition Series from Elite Force and I have to say that I'm kinda giddy like a German Schoolboy. I got a chance to check out these new Airsoft AEGs from Elite Force when they were doing a big ol' West Coast Airsoft Road Trip back in August. They had a booth set up at the Association of Competitive Airsoft Expo that I attended and I was thoroughly impressed. Not only was I impressed, but my brother, Todd, was also impressed with Elite Force's newest licensed Heckler & Koch replicas, which is saying quite a bit more because Todd is actually nominated for the Special Airsoft Player Award in the Popular Airsoft Awards because he's an outstanding player AND he frequently has been witnessed running into to battle with nothing but 7 (yes, SEVEN) Airsoft pistols on his person, all cocked, locked and loaded, ready to engage an OPFOR heavily armed with an assortment of high-powered rifles. And he still wins.  See the link at the end of this post to nominate your favorite things in the Airsoft world (I'm hoping the Pyramyd Airsoft Blog is one of those things as well).

Anyway, I'm really looking forward to seeing what these rifles can do, especially after seeing how well their competition series M4s did on the target range.  71% accuracy on an 8.5"x11" paper target in mildly windy conditions at 90+ feet.  Unmodified, tuned or otherwise upgraded.  I can tell you that there are other manufacturers with guns priced competitively in the same range who cannot even come close to that level.

Here's a close-up shot of the H&K G36KV, which is the longer version of the new Elite Force H&K series. 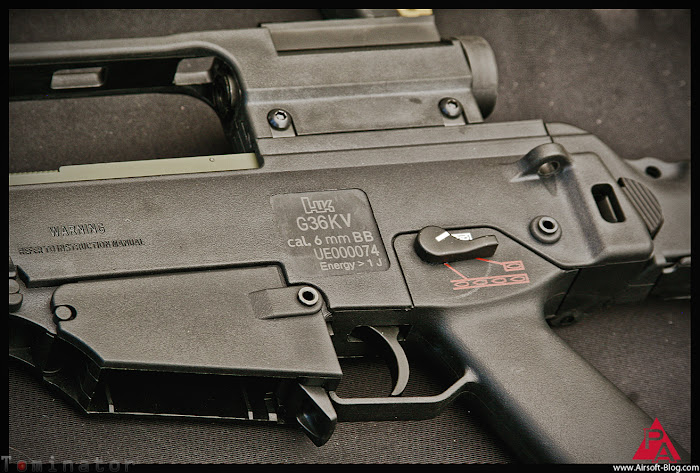 As I favor the KV, rather than the CV version for aesthetic reasons (performance differences in the longer outer barrel are going to be negligible), I took a second shot of the Tan H&K G36KV for your my viewing pleasure. 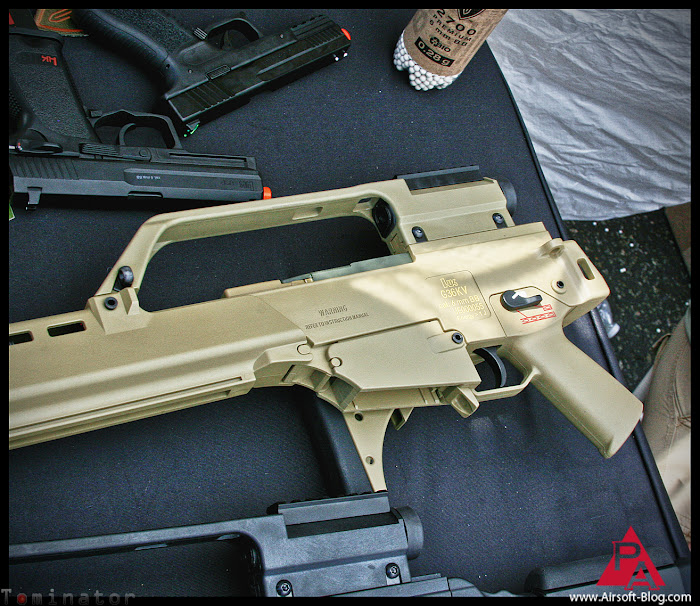 If you'd like to see the whole set of Elite Force's new H&K G36 series now available at Pyramyd Air, just click that link I just provided you with.  If you subscribe to our weekly Airsoft eBlast, you'll also receive a special coupon code that will allow you to pile on some additional savings (over and above their competitive price and free shipping, of course.)

Help us Dominate.  Please Nominate!
I appreciate your support!

If you're done browsing here on the Pyramyd Airsoft Blog, would you mind sharing this blog with friends on Facebook? Perhaps even on your favorite Airsoft forum? Speaking of Facebook, check out our new Facebook page for Pyramyd Airsoft and get in on a chance EVERY WEEK to WIN FIFTY BUCKS ($50) or check out our Pyramyd Airsoft YouTube Channel for a ton of great Airsoft video reviews, unboxing videos and actual Airsoft gun performance tests.