How do YOUR Airsoft Gas Pistol Hold Up in the Cold? 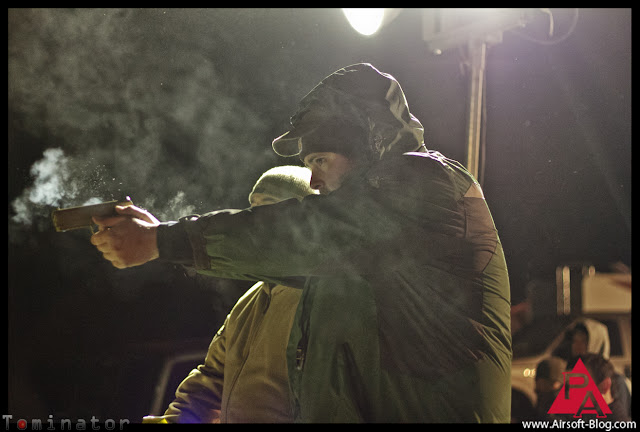 Back in December, I traveled up north to Central California for an all-weekend Airsoft MilSim event. During the evening portion of the event, there was an IPSC-style Airsoft pistol competition to see how could hit a set of targets the fastest. The x-factor here was that it was somewhere in the neighborhood of 30-40 degrees Fahrenheit. Suffice to say, it was frickin' cold and I wasn't sure how we were going to be able to do the competition, since most everyone had green gas Airsoft pistols, rather than CO2, which is supposed to perform better than green gas in colder temperatures. But the competition went ahead anyway and I was actually surprised with the results. There were quite a few guys who had great success using their green gas Airsoft guns. However, there were also quite a few who couldn't finish because of equipment failure. Here are some shots I took. All are green gas pistols except for the Desert Eagle Airsoft pistol, which was CO2 and naturally, had some of the snappiest recoil of the entire group despite the FREEZING cold conditions.

Here are some shots of some of the participants who braved the freezing temperatures to try their hand at winning some awesome prizes (which included several hundred dollars worth of 5.11 Tactical gear).