-
-
-
During my visit to the Spartan Imports booth at Shot Show 2012 a few weeks ago, in addition to the new Magpul PTS Airsoft Guns, I happen to catch a couple new, licensed Knight's Armament Co (KAC) items from VFC that looked pretty nice. 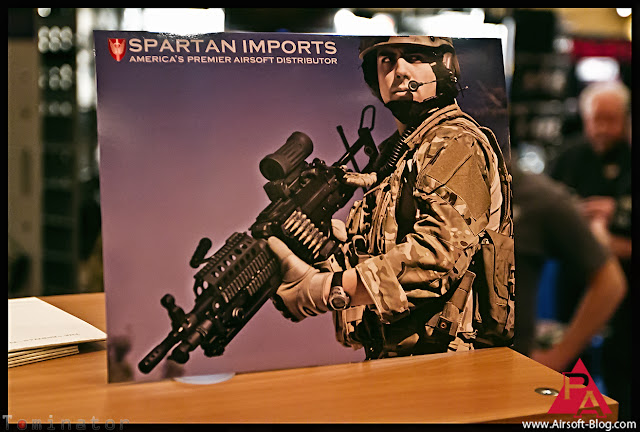 Before we get into the new licensed KAC Airsoft guns, let's take a moment of zen to gaze upon the Classic Army M134 Minigun.  I know it's not new, but it's still awesome and deserves respect.  I know I can't be the ONLY minigun fan out there!  WHERE MY MINIGUN DAWGS AT!?!?! 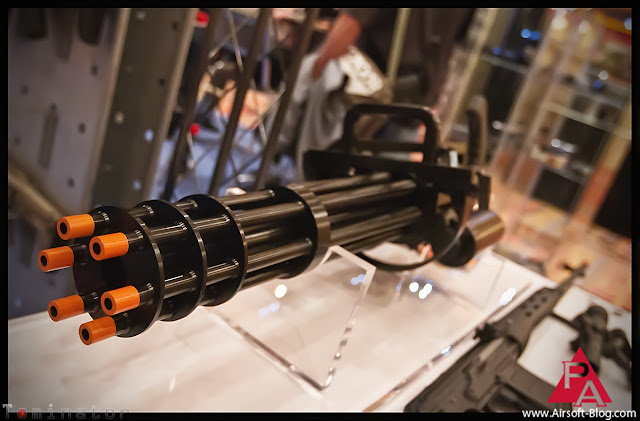 I think most people are going to be familiar with the Echo1 USA Airsoft Minigun, so for those unfamiliar with the Classic Army version, the primary difference between the two is the propulsion system inside this Airsoft machine gun.  The Echo1 USA version is basically an AEG version while the Classic Army Minigun relies upon high-pressure air (HPA) or CO2.  I believe Classic Army purchased the design from a company called Piper's Precision Products a few years ago, who is well-known in the realm of those who know (what?) for making some super awesome, super high-end HPA-powered Airsoft machine guns and otherwise BB hoses (e.g. the infamous Strafer).

I don't know which of the two Miniguns is the better performing model, but I DO know that it's pretty cool that Airsoft consumers have a choice when shopping for a new Minigun.  Totally normal purchase, right?  haha.  Only if you have $3,000-$4,000.  Both run in that minigun price neighborhood, I believe.