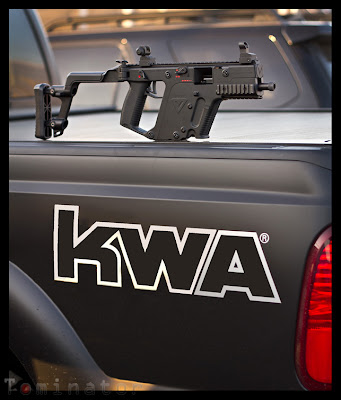 During the Project Reality gas blowback event I attended last weekend, I got a chance to spend a little time with the version 2 prototype of the KWA KRISS Vector GBB Submachine gun.
To sum up my experience in one word, I would say it was DELIGHTFUL.
Check out the pics & video after the jump...
Links to this post 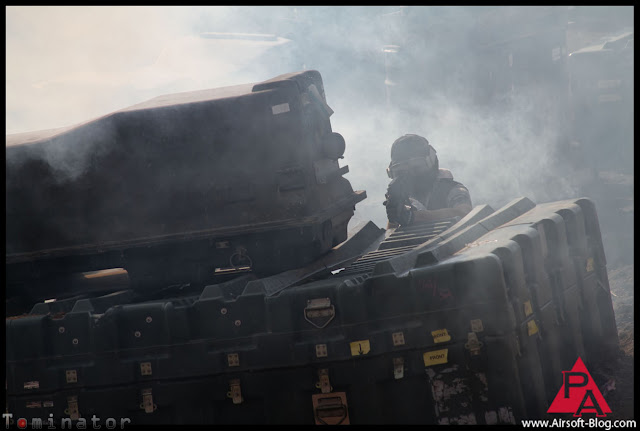 So, I had the privilege to attend a unique milsim event last weekend called, "Project Reality: Direct Action."  This was a gas blowback-only event, meaning you could only use gas blowback Airsoft weapons (rifles, pistols & SMGs) in the game.  No AEGs, in other words.
In case you're unfamiliar with this concept, limiting weapons use to only that of the gas blowback types tends to increase the quality of gameplay.  As many of you know, gas blowback guns of any type come with a much more limited capacity of ammo within their magazines compared to an AEG, which forces the operator to choose his or her shots more wisely instead of haphazardly spraying and praying.  It forces the forces, if you will, to have to move around the field much more to gain a more favorable position to take the shot or achieve objectives.  With that being said, last weekend's action at SC Viper in Chino, California was no different.  It was a great day of Airsoft to say the very least.

I got a full day's worth of gaming in, plus, I managed to meet a few new people, including the guys from the Corridor Digital YouTube channel, and also got to spend a bit of time checking out some of the new and upcoming guns from KWA, which is always fun.

If you'd like to see some of the photos I took from the event, you can do so after the jump...
Links to this post
Home