In case you haven't heard, or you chose to ignore my title, Ares is going to make a sweet new sniper rifle.  But before we get to that, let us gaze upon the glory that is the new SOCOM Gear Hitman M9. 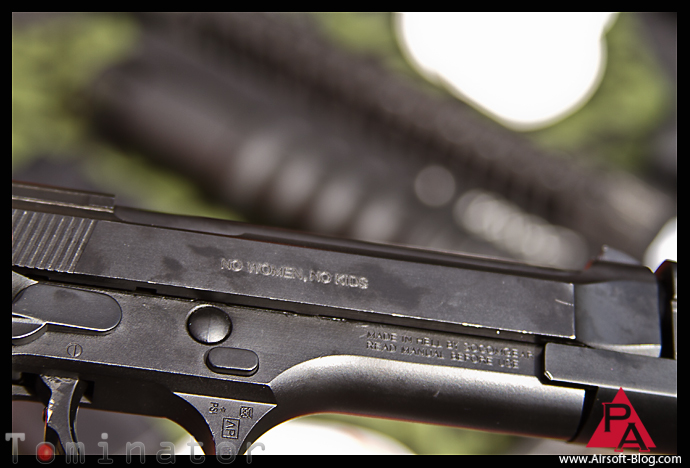 Pardon my horrific failure to focus the subject.  I would love to blame Simon from MadBull who was holding the gun at the time, but if I was a good enough photog, that wouldn't have mattered.  Oh well.
The slide reads, "no women, no kids."
The lower frame reads, "MADE IN HELL BY SOCOMGEAR.  READ MANUAL BEFORE USE." 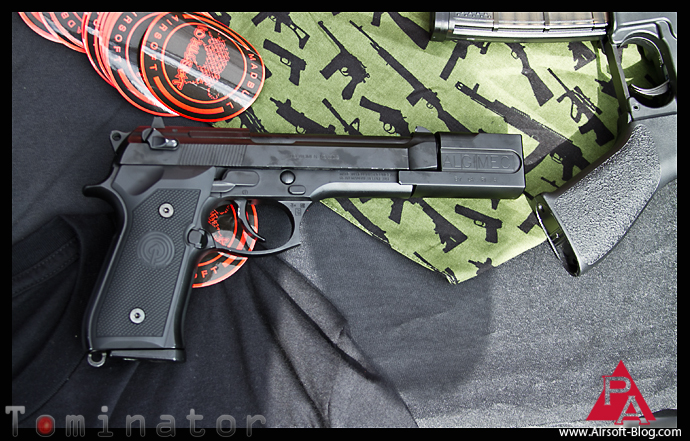 Simon had a few other things to show me.  Licensed Spikes Tactical goodies among them, along with Lancer & Troy magazines, which were pretty unique and pretty cool. 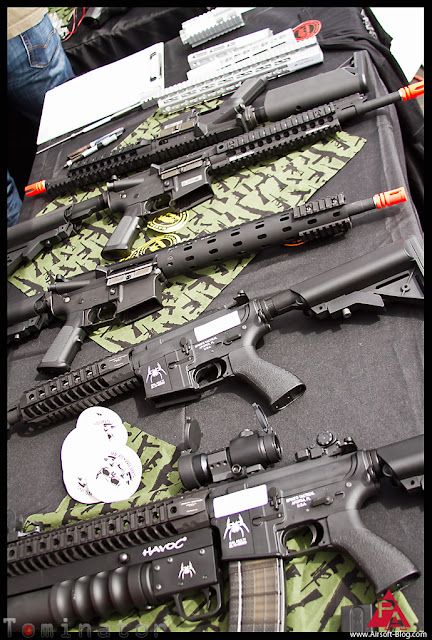 Here is where I draw the line.  You wanna see that beautiful new Ares MSR?
You gotta click that link, dawg.  It awaits you after the jump.