Scope shift is a term that describes the movement of a gun’s zero over time. While the gun remains very accurate, the point of impact changes location so you don’t know where the first shot will go. That’s frustrating for hunters and anyone who just wants to shoot and not fiddle with their scope adjustments. Lots of things can cause this, including:

This is a long list, so we’ll tackle some of these issues in another message. Let’s start with shooting at different ranges. The pellet’s location will go up and down as the range changes, but, when we sight in, we try to pick the pellet’s most likely spread of ranges at the point of aim. Learn more about this in the sighting in a scope article.

Do your groups move to the right? Or left?
Unless your scope is optically centered, the aim point can easily drift right to left (or vice-versa) as distances change. At 10 yards the pellets may land an inch below the aim point – which you would expect – and a half-inch to the right – which you wouldn’t. Without changing the scope’s zero, the pellets may be dead-on at 25 yards and an inch to the left, as well as the expected inch low at 40 yards!

That right-to-left movement of the groups IS NOT scope shift, although many shooters think their scopes are to blame. To correct this problem, use adjustable scope mounts and optically center your scope. B-Square is the top producer of adjustable scope mounts and has many different models of their AA mounts for different air rifles. Optical centering needs a whole message of its own, so I will save it for later.

What about cant?
Cant is the unintentional tilting of the rifle when shooting. If the rifle is zeroed while level, but then canted to the right, your shots will land low and to the right. At 50 yards your group could move three inches to either side of the center point!

To eliminate cant, mount a scope level on your rifle and center the bubble before you take each shot. I recommend the B-Square bubble level that sticks out to the side. It may look odd, but it’s the only one you can see while sighting through the scope. Put it far enough in front of your eye so you can see the bubble with your non-sighting eye.

I’ll review each of the other causes for so-called scope shift in a later message. Until then, keep ’em in the ten-ring! 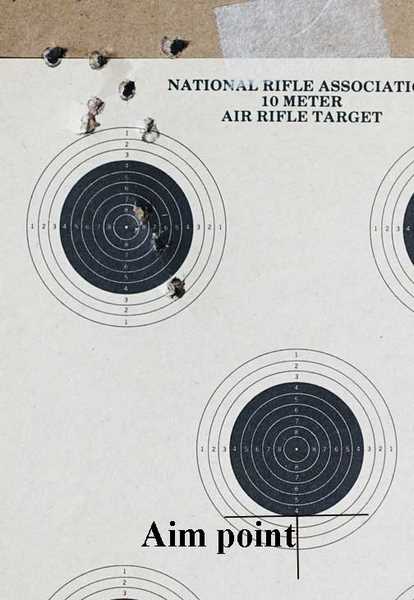