Home > Blog > Education / Training > What’s the difference between a laser & a red dot?

What’s the difference between a laser & a red dot?

You hear the terms “red dot” and “laser” in reference to airgun sights, but what are they? Are they the same thing, or are they really different?

They are actually two very different things. A red dot sight is an optical sight, while the laser is not a sight at all, although it can be used as one under the right conditions. Let’s take them one at a time.

Red dot sights
A red dot sight like the Leapers 40mm dot sight is similar to a scope with a single red (or sometimes green) dot of light (instead of crosshairs) in the center of the field of view. In the case of the Leapers sight, the color of the dot can be changed from red to green. All dots are generated by a tiny light source inside the red dot unit, so a battery is involved. If the battery goes dead, as it will when you forget to turn off the dot after use, the sight is useless.

The dot is projected on a transparent glass screen inside the sight. Unless you look through the eyepiece, it is impossible to see the dot. The image of the Crosman 0290 red dot sight shows this.

Typically, there is no magnification with a red dot sight. It’s like looking through a widow at your target. It’s easier to acquire your target but also less precise than a scope. The bright dot is also easier to see than a pair of black lines, especially when the target is also dark.

The dot in a red dot sight is too large for precision sighting. The smallest dots cover about an inch at 100 yards, while others can cover as much as five inches. Some dot sights have dots whose intensity can be varied, and the size of the dot grows as it becomes brighter.

A red dot sight is good for informal shooting and for hunting where rapid shots will be fired. It is the quickest of all sights to acquire and, as such, is a favorite of hunters.

Lasers are lights!
A laser is a type of light that projects out. Because of the way the light waves are arranged, a laser remains focused in a tiny pinpoint of light over a great distance.

There is nothing to look through with a laser. Shine the laser at your target and see where the dot falls. If the gun is sighted to shoot where the dot shines, a pull of the trigger sends the bullet downrange to the dot. Sounds perfect, doesn’t it? But, there’s more to know.

It’s almost impossible to see the laser beam until it shines on something. Only in a fog does the beam actually show itself. It’s therefore difficult to know exactly where the laser is pointing. When used in conjunction with a scope, a laser can be very effective, because the scope shows you where the laser will shine, as long as both the scope and the laser are sighted-in.

You may need both types of sights
Both red dot sights and lasers require sighting-in. Like scopes, they must be adjusted to a specific distance to coincide with the strike of the pellet. Each has its uses and both are fun. Depending on the type of shooting you do – hunting, target shooting or plinking – and the time of day you shoot – nighttime or daytime – you may need red dots and lasers to get the most out of shooting. 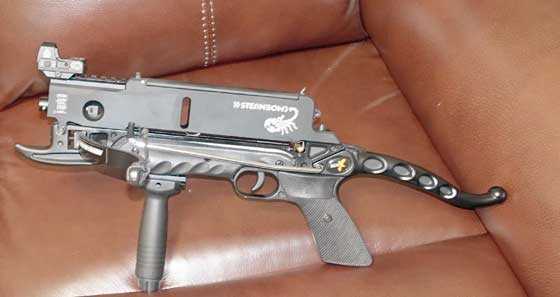 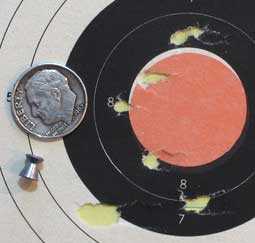