The most-asked question at Pyramyd Air is, “What is my airgun worth?” We all want to know what our stuff is worth, and for airguns, finding the answer is as easy as looking in a book! 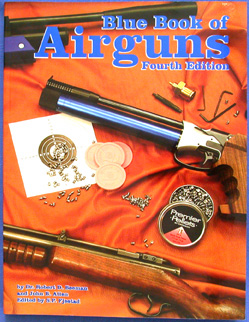 THE authority on the value of airguns!
You can’t just look in ANY book, of course – it has to be the Blue Book of Airguns. It’s THE ONLY authoritative price guide for new and used airguns available anywhere. Other price guides have been published over the years but they were either too narrow in scope or were created for the specific purpose of deceiving someone. Some of them valued guns extra-low so their publishers could continue to buy them at great prices, while at least one guide over-valued airguns so the author could sell his collection at a great price! 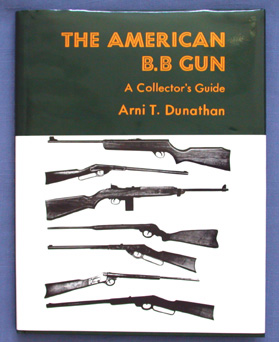 The American B.B gun
The one book that did have reasonable prices when it was published was The American B.B Gun by Arni T. Dunathan. But it was only published one time, then republished decades later without attempts to update prices. As a result, nothing in that book has been reliable, price-wise, since the middle 1970s. Also, this book only covers BB guns, leaving pellet guns high and dry.

The Blue Book has been published annually since its inception, and each edition gets progressively better. The fifth edition is due out in a short time and will be the most comprehensive book published to date.

Don’t trust internet prices!
Some gun dealers and internet sellers haven’t got a clue what they’re selling. I see “Benjamin Franklin” airguns for sale all the time (no such airgun ever existed!). Their owners don’t know they have common Benjamin airguns, worth very little because all the black nickel and silver nickel underneath has been rubbed off. So they ask $250 for a “Benjamin Franklin” 130 whose brass has been shined up like a trumpet. Such a gun would be worth $50 if it held air – and most don’t.

The last word
And just because a gun is “worth” such-and-such in the Blue Book doesn’t make it so! If the seller has a price of $1,000 on a Quackenbush model 5 because he found that number in the Blue Book, it’s your job to inform him that without the floating firing pin and in the 20-percent condition his gun is in, it’s really just a $500 gun to you. Then, the two of you begin the famous tarantula dance of two guys in a hot deal, and both will survive to tell the world how they overcame the other guy!

The Blue Book of Airguns belongs in your library!