Today, we’ll look at something a little different. Full-auto airguns are very rare because soft lead pellets don’t do well in rapidly cycling feed mechanisms. There have been a few “automatic” BB guns, most working on the low-pressure siphon principle you learned in high school science. During World War II, a number of full-auto airguns were built as military trainers. Some of them shot BBs, but a few, like the Hotpoint trainer, shot 3/8″ bakelite balls that were the ancestors of today’s 6mm airsoft BB.

Flight of the bumblebee
Four years ago, the Russian firm Baikal brought a wicked-looking airgun to the SHOT Show in Las Vegas. It was all black and looked like a military submachine gun. It fired .177 round lead balls, like H&N round balls or Gamo round balls, and it was full-auto with a selector switch. Because the power supply is CO2, the gun cannot fire a sustained burst without freezing, so they designed it to be either a single-shot, a three-round burst or a six-round burst. They also regulated the firing solenoid to three different rates of fire.

The gun was a hit at the show, but many buyers felt it looked too threatening, so Baikal re-skinned it with a bright yellow plastic outer shell for the next year’s show. The contrasting yellow and black, plus the sound of the gun firing reminded them of a bumblebee, so they named it that – in Russian, of course. Hence, the Drozd.

Accurate and powerful!
The Drozd is very powerful when the correct ammo is used. At 60 feet, it buries balls two diameters deep in pine wood. When aimed and in the single-shot mode, which is really semiauto because the gun is electrically cocked, it will group on a nickel at 10 meters. That’s due to the wonderful rifled barrel it has.

Be careful!
Unfortunately, the importer, EAA, had Baikal include a small package of steel BBs with every gun, even though it is not meant for them. The owner’s manual doesn’t specify lead or steel anywhere except in one warning reference up front, where it notes that lead is known to California to be a threat to pregnant women. The repairman at EAA told me he gets guns back all the time with steel BBs jammed in their mechanism. At best, the BBs will ruin the finely rifled bore. To keep your gun working smoothly, use nothing but lead balls in your gun.

Operation
The gun is powered by six AA batteries stored in front of the frame under the muzzle. The 30-round magazine also holds the single CO2 powerlet that provides the firing force for every shot. The Drozd is very similar to an auto-electric airsoft gun, except that it’s many times more powerful and accurate than airsoft.

Saftey
THIS IS NOT A GUN TO SHOOT AT PEOPLE OR ANIMALS! It will kill small animals and it will penetrate deeply into flesh, so treat it like a firearm. Shoot only into a safe trap and NOT INTO CRUMPLED NEWSPAPERS. The Drozd will shoot right through newspaper with the first few shots.

If you’d like to liven up your airgunning experience, this is one of the neatest guns to come ’round in a long time. It’s worth a try. 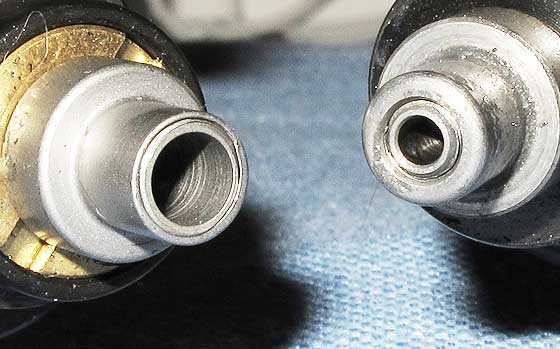 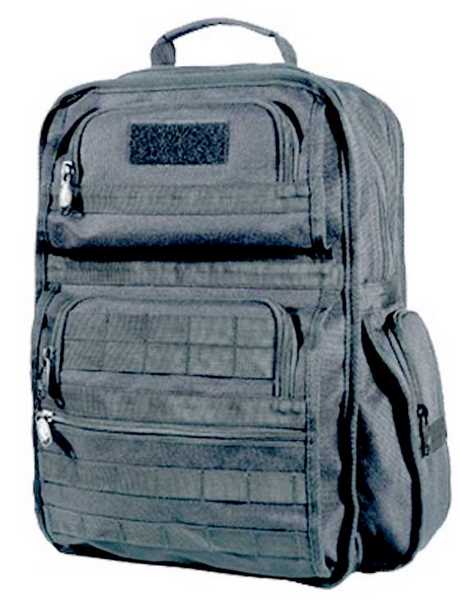