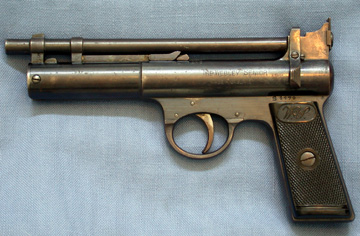 This old Webley Senior is still in good condition.

Made before WWII…
My gun was made before 1935, a fact I found in the Blue Book of Airguns. It’s .22 caliber, which was much more common in that time frame than .177. A rifled barrel gives decent accuracy, though nobody would ever call a Webley springer a target pistol.

…And made to last
The British and European airguns made before the war were built just like firearms. They’re heavy, usually all steel and blued as well as any Colt or Smith & Wesson. The two Bakelite grip panels are the only synthetic parts on my gun. Even the piston is sealed with a steel ring – like an automobile engine. Everything was made to endure, and that’s what it has done.

The pistol gets oiled frequently through a designated hole on top of the frame. It’s important to keep it well oiled because there’s no parachute piston seal to perfectly seal the compression chamber at firing. The piston ring has to do the job, and oil helps. Petroleum oil isn’t a problem because the compression ratio is very low.

Oversized bores were common
Lots of prewar airguns had oversized bores made for larger pellets than we have today. My pistol will shoot modern pellets, but it likes 5.6mm Eley Wasps better. I laid in a supply of them years ago, so I’d never run out. If you have an older Webley or BSA, you may have the same situation. Your best bet in a modern pellet is something soft with a thin skirt, such as a Daisy Pointed Field Pellet or a Gamo Match wadcutter. 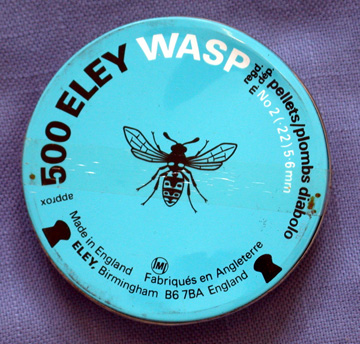 Eley Wasps are 5.6mm in diameter, so they fit the older barrels better.

Parts are still available
I replaced the mainspring and the breech seal in my gun about ten years ago. John Groenewold (847-566-2365) had the parts. The mainspring uses square-section wire, so it isn’t something that can be made from a generic spring. Webley keeps making parts for these oldies, and they probably will for some time to come. Disassembly was fairly easy and required no special tools – like a mainspring compressor. The pistol is under so little stress at rest that it will probably last several centuries in operational condition.

Operation is the same as today’s Webley pistols
To cock the Senior, you release the barrel and swing it up and forward. It’s hinged at the front of the gun, just like Webley’s Hurricane and Tempest, which descended from this model. Insert a pellet in the breech and close the barrel to prepare for firing. There is no safety on the gun, which was common practice at the time it was made.

The barrel is hinged at the front and swings forward when cocked.

The trigger-pull is single-stage and surprisingly light. It swings through a long arc before releasing. Recoil is light, and the pistol just bounces in your hand when it shoots. Adjustable sights let you to move the shot groups, but bear in mind that this gun shoots 1.5″ groups at 10 yards – at best.

It’s a real comfort
Sometimes, it’s just nice to hold an older piece like this one and reflect on how well made it is. I guess I enjoy this old Webley a lot more than is indicated by the little shooting I do with it. I just like to feel it in my hands from time to time. 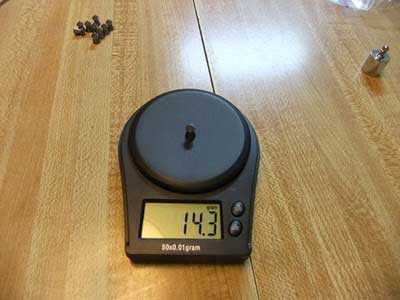