Metallic Silhouette began in Mexico many years ago. It was originally only for centerfire rifles, but, over time, classes for rimfire, handguns and airguns were established. In fact, the fastest-growing segment of the International Handgun Metallic Silhouette Association (IHMSA) is airguns! 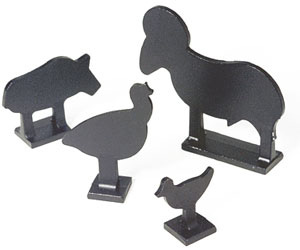 
Each class of silhouette shooting has unique characteristics. For example, in the centerfire class it’s not enough to just hit the target, you have to hit it with enough force to knock it completely off its stand. A .243 Winchester might be able to hit a ram at 500 yards, but it will have a hard time moving it as much as necessary.

In airgun silhouette, the problem is not moving the target. (You could send them into orbit if you hit them too hard.) The problem is hitting them! The chicken is the worst because, even though it is closest, it still seems too small to hit.

Set ’em up, knock ’em down!
The best way to find out about airgun silhouette is to try it. That’s what I did. I bought a set of targets and set them up outdoors. Then, I proceeded to find out how much fun this sport can be. Right off the bat, I learned not to shoot the chicken too close with a rifle, or you might send it into the next county! I used a Benjamin 397 with four pumps for chickens, five for pigs, six for turkeys and eight for rams.

I shot with a friend (it was his 397). We had a ball. And, no, it isn’t that easy. You shoot standing up and have to hold steady to hit what you aim at. We used open sights, but you can use whatever you want – no one’s looking. I thought I would have an advantage because I’d been shooting field target and my friend had not, but field target isn’t an offhand game. He was more accustomed to his gun, so we had a pretty fair contest.

How to start your own club in 3 easy steps!
Here’s how you can grow your own airgun club:

1. Start with a set of silhouettes and invite a friend to shoot with you.
2. He or she (there are LOTS of great female silhouette shooters!) gets interested and buys a set of targets to add to yours.
3. You both find other people to shoot with you. When you have five of each animal, you have one-half of a small match!

With five sets, one person can shoot the chickens, another the pigs and so on. Squad two shooters together so one can score. Before you know it, you’ll have lots more shooters and be able to hold a full-fledged match.

Resources
IHMSA is a great place to start. They publish the rules right on their site, though they are handgun only. Check out the NRA site for info about air rifle and air pistol silhouette. They don’t publish the rules online, but they do have contact numbers.

I bet you can do it!
This sport takes very few resources and provides endless fun. Clubs in cold areas shoot indoors in cold weather, so don’t let that stop you. At the very least, you’ll end up being able to correctly spell the word “silhouette” – and that’s quite an accomplishment! 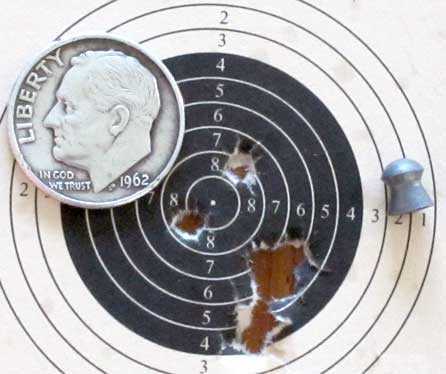