Which Weihrauch rifle would B.B. pick?

Earl Cox – this one’s for you. It’s the rest of the answer to your question:

Weihrauch makes some of the finest spring airguns in the world. They have been doing so since shortly after World War II. Before that, clear back to the turn of the 20th century, they made the model 51 (or was it a 52?), a falling or dropping block single-shot that was a fine .22 rimfire target rifle. The company still makes a target .22 today – the HW 660.

The kiss of death was making a line of cheap handguns!
During the German post-WWII recovery period, Weihrauch made an unfortunate decision to make a line of cheap revolvers and market them under their own banner. Arminius .22 revolvers from the 1950s are as cheap as firearms get without being downright dangerous, and the effect of making them under their own name prejudiced the shooting community against Weihrauch. It was a poor marketing decision made five decades ago, but it cost the company their place in the sun. They still make revolvers under that name today. Although the quality is very much improved, the damage has been done.

Weihrauch is serious about its airguns!
Weihrauch never made the mistake of cheapening their air rifles, so that part of the company receives the attention it deserves. In the 1970s, the Hermann Weihrauch company allied itself with Robert Beeman in a move that proved highly beneficial to both firms. Weihrauch was open to Beeman’s request for modifications to their existing rifles to better suit American tastes. Beeman, on the other hand, knew what American shooters wanted and proceeded to import and sell it to them – in large quantities. Weihrauch grew and so did Beeman, whose new R-series rifles became (and remain) an American airgunning icon.

Part of Weihrauch’s improvements came from BSF
In the late 1980s, German airgun maker BSF closed its doors and sold the remaining parts and completed guns to Weihrauch. BSF was as good a maker as Weihrauch, but lacked the same fine distribution channels (they were sold through European firearms channels). Weihrauch immediately went to work to figure out how they could incorporate BSF designs (and the leftover parts and assemblies) into Weihrauch guns. Their first model was an adaptation of the BSF model 70, turning it into the Marksman model 70, which was very similar but with a Rekord trigger.

The first really new model Weihrauch made from BSF parts was the Beeman R10, a powerful, yet lightweight rifle that was dubbed the “son of the R1.” The R10 was a great airgun, but Weihrauch modified the design even more to produce it for less cost, and they designated the new rifle the Beeman R9.

Weihrauch’s finest air rifle – in B.B.’s opinion
The HW 55 target rifle was the finest air rifle Weihrauch ever made in my opinion. It was light enough to hold easily, and heavy enough to hold steady. It had exemplary target sights that taught the world how to make affordable target sights, and it had a special target version of the Rekord trigger that is as fine as the movement in a Patek Phillipe watch. I was so sorry to see this model phased out a few years ago, but it had a long and successful run of over four decades.

HW 35 takes America by storm!
Weihrauch’s large HW 35 (which is still made, by the way) was among Beeman’s top magnum air rifles when the race for power started in the 1970s. But the FWB 124 came along and put all other rifles in the back seat. Read all about that in the post FWB 124 – a classic pellet rifle. The 35 continued in Beeman’s lineup for several more years, but always at a disadvantage due to its relatively short stroke. So, Robert Beeman decided to take matters into his own hands.

Beeman’s new air rifle
Dr. Beeman designed a new rifle based on the 35, but with internal improvements that no other air rifle in the world could match. He did a lot of his work on a computer CAD system, then took the output to his good friend Hans Weihrauch, Sr., to build the rifle. The Beemans (Toshiko Beeman was an important part of the development team, as was Christa Weihrauch, Hans’ wife) and the Weihrauchs swapped visits and phone calls as the new airgun neared completion. The Weihrauchs could hardly believe the power produced by Beeman’s new design, so they asked permission to make their own version of the new gun to sell elsewhere in the world under the Weihrauch name. Beeman knew he couldn’t absorb all of their output capacity, so he agreed.

Because the shorter European stock was easier for them to produce, the Weihrauch version was on the market several months before Beeman took delivery of his first lot. Hence, the myth was born that the Beeman R1 was built AFTER the HW 80, when, in fact, it was the other way around! The R1 caught the airgunning world off guard with its near-1,000 f.p.s. velocity in .177. In less than a year, the extra few f.p.s. were eked out, and the airgunning world had its first rifle capable of 1,000 f.p.s. straight out of the box!

Now out of print, the R1 book by Gaylord is the only book written about a single airgun model. It also served as a reference for the history in today’s report.

More customization has been done to the R1 than any other rifle ever made. It is big, powerful, accurate and can do more things than any other production spring gun made. Ivan Hancock used the HW 80 as the basis for his custom Mach I springer, which shattered the speed of sound at over 1,200 f.p.s. in .177! So, Earl and everybody else, for all those reasons, the Beeman R1 is my pick of all Weihrauch spring air rifles! 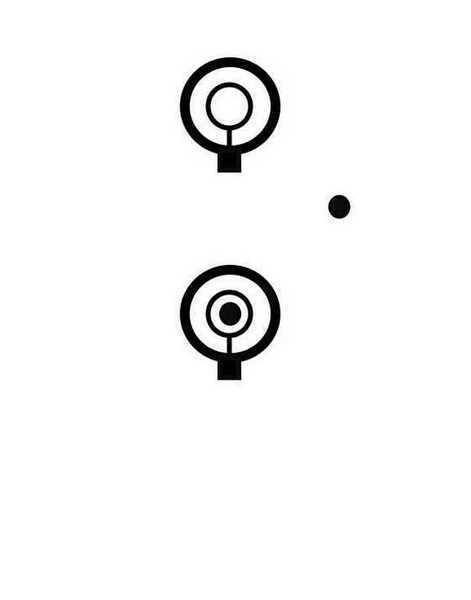 What is a shooting bench?