Today, I’ll load the gun, shoot through an Alpha Chrony and have a go at some targets. But first, a few of the features I haven’t mentioned yet.

Rails, rails!
The Desert Eagle comes with a Picatinny rail permanently on top of the slide and another rail you can install underneath (shown installed on the Pyramyd Air website). Most owners will want to dress their gun, so the under rail is a great place for a laser or a tactical light. A red dot goes on top (a scope is possible, too).

It’s a true semiautomatic!
Besides the blowback feature that gives a recoil impulse, the Desert Eagle is a true semiautomatic pellet pistol. The removable pellet clip is a revolving cylinder like all other Umarex pellet pistols, but all the work is done by the blowback slide. The hammer is cocked, AND the cylinder is advanced for the next shot. Therefore, the trigger-pull is lighter than if you were also advancing the clip. 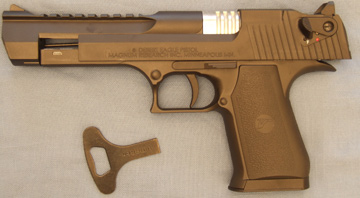 The slide is shown as far back as it goes. Notice that the top of the barrel does not move, so an optical sight would be stable. The spanner that opens the CO2 chamber is shown to the left the grip.

The trigger
I can’t say that I like the trigger. It has a very long first stage, and then the second stage is rather vague with lots of soft creep. I would like to see this feature improved, if possible. When you combine the trigger with a VERY large grip frame, I have to struggle to shoot one-handed. And that is my real complaint. I have never cared to shoot a handgun with two hands. Those who do will have an easier time of it with this pistol, although you do have to keep your hands off the slide, which isn’t easy.

Loading
To load, press down on the disassembly latch and the front of the slide springs forward, revealing a large hole for the clip. Just drop it in with the pellets pointed forward and the gun takes care of the rest. This is by far the easiest Umarex pistol to load! 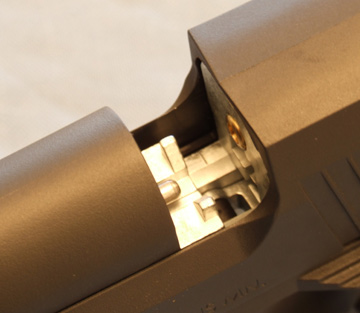 Press down on the disassembly latch, and the front of the slide springs forward for clip access. This is the easiest-loading Umarex pistol.

Accuracy
The Smith & Wesson 586 revolver now has some competition! The Desert Eagle is wonderfully accurate. I shot a great first target with it, before the flies and mosquitos discovered me. At 25 feet, I could keep all my shots on a pop bottle cap, which makes the gun a super plinker. I suppose with a red dot sight, that would improve somewhat.

Gamo Match pellets were the best of the three I tried (the others were H&N Finale Match and RWS Hobby). They actually shot rings around H&N Finale Match, which doesn’t happen too often. Stock up on them if you get this gun.

Velocity and gas use
Well, it’s a hot airgun, and it uses gas like a Hummer! The temperature where I shot was 80 degrees F and there was strong sunlight. With RWS Hobbys, I got a couple shots over 500 f.p.s. and the average was in the 490s. Gamo Match pellets were in the 460-470 range, and H&N Match were in the high 450s.

I could only get three clips of shots per CO2 cartridge. That’s 24 shots, and the final five were dropping in velocity. A shot or two later, the gun went full-auto for a couple of shots and exhausted its gas. I tried the gun with eight different CO2 cartridges and the results were the same, so I’m pretty sure this is representative. The Crosman 451 was similar in that respect, so it looks like the blowback function comes at a cost. 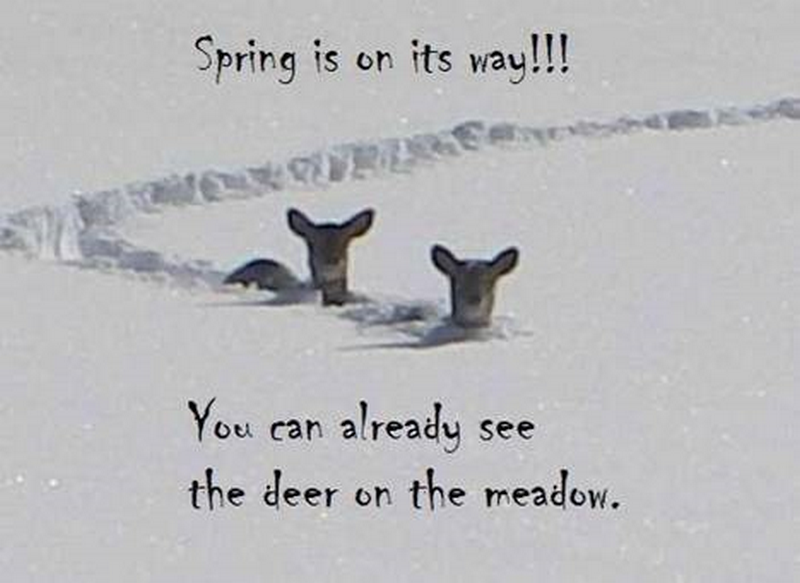