Well, today I’ll wrap up the air rifles and we can move on to handguns next. The sky is the limit today, but there will actually be fewer guns to choose from, because “for the price” is still part of the selection criteria.

HW77
For classic lines and quality, Weihrauch’s HW77 is a certain winner. It’s the rifle that used to dominate field target in the late 1980s, and it probably got looked at very carefully when the TX200 was designed.

Fire 201S
For mass-produced big bores, the Fire 201S is the clear leader in my mind. It offers a large breech for easy loading, great power for the caliber and decent accuracy. Before 1990, a rifle like this would cost at least a thousand dollars and would have to be handmade.

Quackenbush Bandit
For a little more money, you can get a .457 caliber rifle that has in excess of 500 foot-pounds at the muzzle. The Bandit Long Action has been to Africa twice and taken big game. Deer and boar have fallen prey, and a Bison is next on the agenda. When questioned about using a 500 foot-pound airgun for such large animals, Dennis Quackenbush is quick to point out that buffalo hunters of the 1870s killed hundreds of thousands of buffalo with the .50/70 rifle. They typically took a stand at 500 yards from the herd, so the noise of the gun would not alarm them. At 500 yards, a .50/70 (425 grain bullet that exits the muzzle at 1280 f.p.s.) has about the same energy as a Bandit has at 50 yards.

TX200
The Air Arms TX200 belongs on this list. I do not know how they build such a fine air rifle for such a reasonable price in the United Kingdom, where labor costs are so high. And, if that weren’t enough of an impediment, Labour costs are even higher! Building an FAC air rifle in the UK these days is not the bright enterprise it once was, when the country was still relatively open to internal commerce.

The rifle is stunning! No one can open the box of a new TX200 and not be impressed. And when you shoot it, the impression deepens. Yes, the BAM B40 is a remarkable air rifle for being such a close copy of the TX, but it took the TX to set the standard initially. The TX200 has beautiful finish, flawless fit, superb firing characteristics, superior accuracy and a fine trigger. The scope mounting solution is well thought-out and easy to use. The stock is proportioned for both sitting and offhand use. The anti-beartrap catch is unobtrusive and easy to operate. This rifle is the one all spring gun makers need to study before they fire up their CAD systems.

AirForce
I nominate all three AirForce air rifles for this list. They belong there because they each offer more value for the money than any other PCP. That doesn’t mean they are the best or even the most accurate PCPs. But, they give a thousand dollars worth of accuracy and performance for half the price.

Each of these rifles can now be changed by the addition of the MicroMeter air tank and by the new CO2 adapter. They offer performance that will suit any shooter’s needs. The “black rifle” styling is not to everyone’s taste, and that’s one of the reasons other PCPs still sell, but these three rifles are fundamental to modern airgunning.

Before we move on
The move toward repeating mechanisms in recent years has actually hurt airgunning, because some companies have killed their single-shot models altogether. This was an unwise move, because repeating mechanisms come with bundles of limitations and problems, while single-shots are so basic they don’t have any of these problems. I’m not saying that we shouldn’t have repeaters, but not at the expense of the single-shots. I’ll give just one example. Daystate replaced their single-shot Harrier with a repeater. The single-shot would have made my list. I own one and will never sell it, because it is a fine PCP. The repeater has the limitations of pellet length and difficult cleaning, plus never knowing what remains in the magazine.

Falcon FN-19
Falcon has a long reputation of making fine PCPs, and Titan, their former incarnation, did, too! The FN-19 is their standard long rifle action and is one of the sweetest PCPs out there. I like the separate cocking handle that takes the effort off the bolt. I don’t know if they still have that feature, but I really liked it. And, Falcons are quite accurate. Even their sporter rifles, such as the FN-19, are good enough to shoot field target in everything lower than a championship.

Another thing I like about Falcon is that their rifles don’t always require the 3000 psi fill level. Neither did my Harrier. It’s wonderful to fill to 2600 psi or so and still get the same number of full-power shots, because the rifle’s valve has been properly balanced.

FWB P44 pistol
I shoot 10-meter pistols for sport, so naturally I would have one on my list. Actually, I like the Steyr and Anschutz pistols very well, but I’ve always favored the Feinwerkbaus. The P44 is the latest incarnation in a line of premium PCP 10-meter target pistols that began with the P30 over a decade ago. For me the adjustments are perfect, the trigger is ideal and I just seem to shoot a few points higher with an FWB. Pyramyd Air will start selling the P44 shortly.

FWB P700 rifle
And for a 10-meter rifle I can recommend the FWB P700. A direct successor to the P70, the 700 is very pricey, however I wouldn’t recommend anything else. This is one time when I don’t have a close second.

Whiscombe JW80
There is nothing else like it, and you’ve already seen how well it functions in my reports, so the JW80 has to be on the list. Featuring interchangeable barrels, harmonic tuning, and power adjustability, the Whiscombe is a rifle for discriminating airgunners.

What SHOULD have made the list
The Logun Solo probably belongs here, along with the BAM B50. Both offer a lot of features for a very reasonable price. Beyond that, I draw a blank. If Theoben still made the 12 foot-pound Fenman, it would be here, too, but they don’t. That can be said for any number of fine guns that have passed from the scene. The HW55T, the FWB 124D and the BSF S54 all would have made my list if they were still around. Now, it’s time for you to tell me what I forgot. 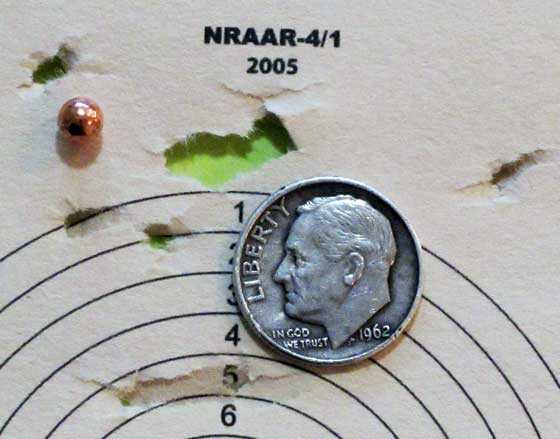