This is an unprecedented 8th look at the Beeman RS1000H Dual-Caliber rifle. Farmer asked me to test the .22 caliber rifle holding its zero following a barrel change. I also wanted to put 100 Beeman Kodiak pellets through the rifle to exercise the lip of the parachute seal (Aren’t you glad you know what THAT is?), so this test accomplished two goals at the same time.

A quick recap
Thus far, we’ve seen that this rifle is very accurate and powerful in .177 caliber, and it’s also accurate and powerful in .22, but there are some velocity variance issues. The Beeman Kodiak pellet was accurate when tested before, so it worked out well that I could use it in this test. I’ve mounted a Bushnell 6-18×44 scope in place of the one that comes with the rifle, because that one isn’t clear at 21 yards, which is the range at which I did this test.

Very hold-sensitive
I wanted to shoot several groups before the barrel change, as well as after, to show what happens, if anything, so I concentrated on my shooting style. I burned through about 30 shots trying different holds, then another 30 trying to see if Gamo Hunter pellets would work (they didn’t). I won’t bore you with the details of the hold I finally settled on; but, I’ll say that if you own this rifle, plan on spending a lot of bench time figuring out how to best hold it.

Before changing the barrel
I spent real time trying to settle in with the best hold. The fact that it took real time, in my eyes, makes the S1000H a very sensitive rifle. I test airguns all the time, and I can usually figure out one pretty fast, but this one was daunting. However, once I realized it was that sensitive, I became much more careful and started getting the results I was hoping for. Because this is a test for potential group shift, I wanted at least two groups in the same place before removing and reinstalling the barrel.

Every group is shown in the same orientation at which it was shot. 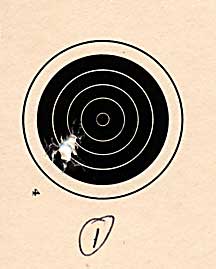 This group of five Kodiaks was the best of the whole test. 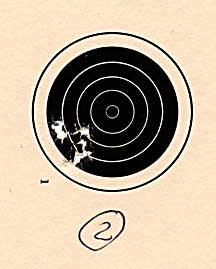 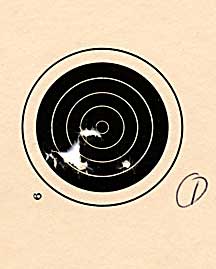 This is the first group, and you might be inclined to believe that the zero never changed if this was the only group you saw after barrel installation. 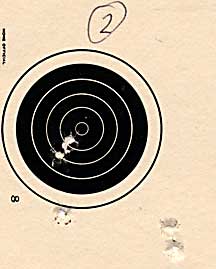 Whoa! That’s not a group – it’s a pattern! This second group after the barrel change is huge and not in line with the accuracy we know this rifle has. 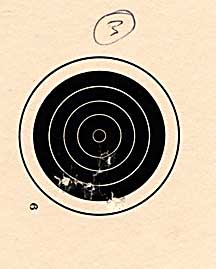 The third group after the barrel change is tighter than the second, and can you see the shift in the POI? 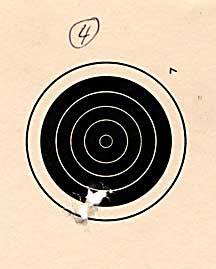 Group four after the barrel swap is tighter, and the POI has definitely changed. 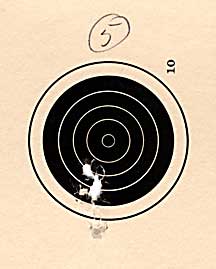 Group five after the barrel swap proves that I’m human and don’t always get good groups. This group is more or less in agreement with the previous target, though twice as large. And, the POI has changed from where it was before the barrel was removed and reinstalled
Oh boy! We’re gonna get comments about this test, aren’t we? “Why does the rifle act that way?” “That’s exactly what MY rifle’s doing!” If this is exactly what your rifle is doing, and you haven’t changed your barrel, you have a rifle that’s very sensitive to how it’s held. That means sensitive to where each finger touches the stock and whether you relax before shooting and on and on….

If your rifle does this AFTER changing barrels – well, that’s what they do! Only in Hollywood can a sniper unpack and assemble a rifle and hit his target with the first shot. It doesn’t work that way in real life.

In this month’s American Rifleman, they tested a Knight KP1 combination gun that comes with a rifle barrel, shotgun barrel and inline muzzleloading rifle barrel. A brief quote from one caption in that article tells the whole story:
In minutes, the KP1 can be fitted with an in-line muzzloading barrel, a shotgun barrel or a center-fire barrel. Zero isn’t an issue as sights and scopes are barrel-mounted

So I’m not making this up – zero really is lost when you change the barrel on a rifle. Not just on this rifle but on any rifle with interchangable barrels.

Finally pcp4me tells me he was told by a Beeman tech that Beeman SR-series rifles have leather seals. Since he posted that remark to the dual-caliber blog post, I think he meant Beeman RS rifles, of which the SS1000H is one. If that is the case (the SS1000H having a leather seal), there should be a simple fix for the velocity variation. Simply heavily lubricate the piston seal with corn oil. A long time ago, I was told that corn oil builds up a residue in the uneven compression chambers of spring-piston guns, making them far more consistent. I will try this fix and report back to you.