Home > Blog > Education / Training > Why pay more for an airgun?

Why pay more for an airgun?

Today’s post was inspired by Wayne, and seconded by Matt61. It’s a question I hear all the time, and I’m prepared to answer it.

Wayne’s question
This subject [airgun performance] brings up a puzzle for me…I really get air rifles for low power and noise situations…but when someone wants to hunt or just shoot high power air rifles..I don’t get why they consider spending 3 to 6 times more than a .22 cartridge rifle like a marlin semi-auto for $150. Why are high power air rifles like the condor better than a .22 semi-auto rim fire? Especially when most are single shot.

Matt61’s agreement
Wayne, I’ve wondered the same thing myself about high-powered airguns. My guess would be the appeal is partly the Mount Everest one of doing it because you can. More practically, the high-powered airguns can give power approaching a rimfire without the same range and penetration problems.

And now BB
The best answer I ever read was written by Robert Beeman, who spoke of the “human scale” of airgunning. He owns a spread in northern California, where he can shoot a .30-06 from his house without disturbing the neighbors. He doesn’t need to be quiet. But the fact that he can shoot accurately with nothing but plain old air as the power source intrigues him, as it does many of us.

Analogy
I’m also fascinated with wristwatches – tiny machines made so precisely that they keep time to within 30 seconds a week hold my attention. And, of all the watches made, I admire the Rolex Submariner the most. The fact that the Submariner failed the NASA space qualification test doesn’t phase me. It doesn’t look like I’ll be going into space anytime soon. My $100 Seiko quartz watch is 1,000 times more accurate than the Rolex, which also doesn’t phase me. My cell phone is more than a billion times more accurate than the Rolex, yet I still wear a watch. I repeat – I am fascinated with wristwatches.

It all depends…
Wayne, if what you want is a gun to slaughter hogs, get a single-shot rifle that shoots a .22 short. It’s perfect for the job and you won’t risk over-penetration. If all you want to do is kill rabbits in the lettuce patch, a Benjamin 392 is hard to beat. If you’re shooting to win the Sportsman’s Team Challenge, however, be prepared to spend a couple grand on some exotic variant of the Ruger 10-22. If you want to win the U.S. National Field Target championship, you can’t do it with a Chinese breakbarrel.

My Whiscombe JW-75 cost $2,300 when it was new in 1996. Now that John Whiscombe has dropped the .25 caliber and will soon quit making rifles altogether, I have a $5,000 setup, at the minimum. If I were to offer that gun for sale, it would be gone inside a week. That’s not a bad return on investment.

Some wisdom
“To sell John Brown what John Brown buys, you have to see the world through John Brown’s eyes.” They say the United States is in a recession right now, yet exotic cars, yachts and private airplanes are all still selling. You know what’s NOT selling? Neither do I, but if I wanted to start up a retail business, you can be sure I WOULD DO EVERYTHING IN MY POWER TO FIND OUT!

Selling to John Brown
Which leads me to my point. Take a well-made garment, embroider a designer’s logo on it and the price skyrockets. You can bemoan that fact if you like, but only the Communists ever actually tried to ignore it. Look what happened to them. Designer clothing leaves me cold, but I do recognize that much of the world feels different. There’s definitely a huge market for it.

A fine old Winchester rifle can turn me on, but nothing turns me off like a Winchester commemorative. Someone must like them because they sell very well. It goes back to the John Brown theme, except it is neither capricious nor random. It’s possible to identify what will be very popular, then build it and succeed in selling it. However, nothing is certain in business. Wham-o made tens of millions of Hula Hoops in 1958, but they LOST $10,000 on the business when the books were closed! The fact that it isn’t easy to do these things is what puts the risk into free enterprise. It’s scary to risk your future, but the rewards can be so great that people are enticed into doing so, which is why we have upscale cars, boats and, yes, even airguns.

While it’s difficult to justify the extra cost of some airguns, it isn’t entirely impossible. Why would you own a $600 air rifle, when a $150 rimfire can do the same thing? BECAUSE IT CAN’T! Most $150 rimfires can’t shoot a half-inch, five-shot group at 50 yards, but most Condors can. A .22 long rifle bullet can carry 1.5 miles when fired at a 30-degree angle. A pellet from a Condor will carry about 0.25 miles. That’s a big difference. If I shoot a .22 rimfire in the backyard, my neighbors will hear it unless I use a silencer. My Pilot silencer cost me over $600 when all was said and done. I can silence a Condor to the same level for $175, without having to apply to the government and waiting for a full year. And then there’s the cleaning.

Why I buy expensive airguns
But none of that is really why I buy airguns. I buy them for the same reason I fancy a Rolex Submariner. It’s because of what they are and what they can do. They can shoot a pellet using just air or CO2, and they can do so with great accuracy and even reasonable power. Airguns are a combination of science and art – apparently just the right combination to inspire me and a lot of other people. I like to just hold them and enjoy the care that went into their manufacture. I will never own a Rolex Submariner, because I could not bring myself to spend that much for a wristwatch. But that doesn’t stop me from admiring them. On the other hand, I would spend and have spent what I consider large sums of money on airguns. I guess airguns rank higher in my interest than watches.

There’s a book titled, Old Tractors and the Men Who Love Them: How to Keep Your Tractors Happy and Your Family Running by Roger Welsch. Using a different subject (albeit, another of my interests), he explains why he, an urbanized man (Welsch is the senior correspondent for the CBS News Sunday Morning program), likes to restore vintage tractors. Though written tongue-in-cheek, Welsch’s book hits the nail on the head about why people are attracted to certain things.

Even if you use the “tool” outlook with your guns, remember this: many professionals have the best tools money can buy. They don’t want or can’t afford the downtime that comes with inferior tools. I might shoot a field target match with a Gamo CF-X, but if I wanted a chance at a national championship, I’d be looking at a USFT or similar rifle. 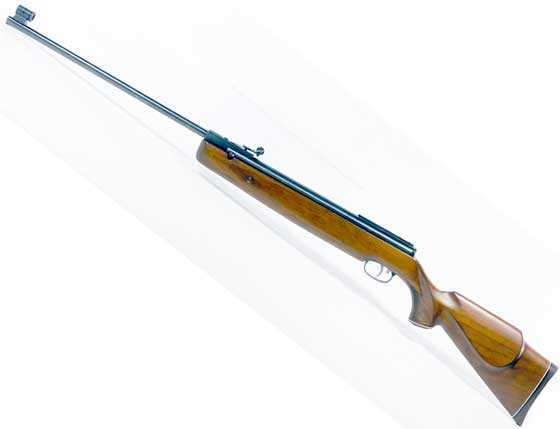 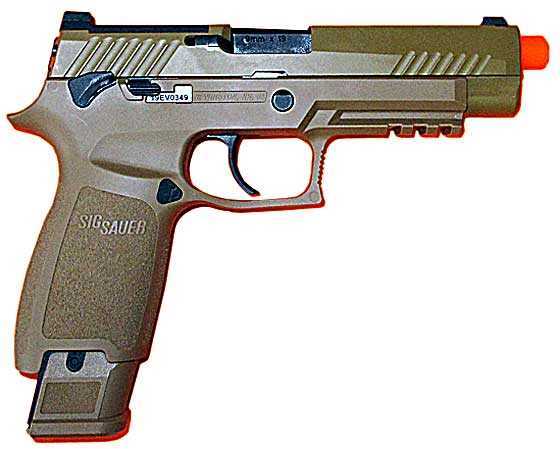