Home > Blog > Education / Training > A New Year’s rant: Come on, manufacturers, give us some compatibility!

A New Year’s rant: Come on, manufacturers, give us some compatibility!

In my final assignment with the U.S. Army, I taught Maintenance Management at the Armor School at Ft. Knox. At the same time, I was also a member of a small team that briefed every new division commander and deputy division commander on the readiness status of their division prior to their assumption of command. In that capacity, I was the guy who revved up these generals so they went into their new jobs knowing exactly whose heads to chop.

I loved it because, for a day or two, I got to throw around the weight of a one- or two-star general and solve maintenance problems halfway around the world. Wanna know what MOST of those problems were? Incompatibility and dumba** thinking.

Yep, interfaces that didn’t actually connect, fuels that didn’t work in their intended equipment, metric wrenches issued for repair parts with inch specifications, etc. It’s SO EASY to analyze a readiness report that says over half of a division’s artillery carriers are deadlined because of broken quill shafts in the turbo-superchargers. You don’t even need to know what a turbo-supercharger is to know where the problem lies. And what to do about it. Stop checking the dipsticks, we have identified the problem.

Turned out the division had just been issued new artillery carriers and most of them had broken down on the short drive from the railhead to the motor pool. When I called the depot where the carriers had been overhauled, they said there shouldn’t be a problem,as long as the soldiers were draining the preservative oil from the turbo-supercharger gearbox and replacing it with regular motor oil, like the lubrication order called for!

Compatibility and commonsense, folks. It makes the world go ’round. Or not.

So, when some airgun manufacturer decides to develop a new PCP and DOESN’T choose to use a common fill adapter, they fly in the face of compatibility. That happens a lot, these days.

Oh, I can just imagine how the conversation went in their conference room. “We’ll own the market! Everyone will have to use our fill adapter, because it’s the only way to fill our gun!”

Nobody in the room was brave enough to say, “Or, everyone will avoid our gun because it can’t be filled with a Foster quick-disconnect, like half the PCPs now being sold.”

I was yelling about this stuff 15 years ago when I started writing about airguns and nothing has changed. You think I’m being overly dramatic?

Tell me, how many of you want to buy a PCP that only gives you half the number of shots it’s rated for? Not that attractive, is it? Then WHY do companies still bring out PCPs that need to be charged to 3,500 and 4,500 psi and think they can sell them in the United States?

After the genius who approved the decision to build such a gun has heard the logic of his failure for the 12th time he invents a line like, “You can still use it with 3,000 psi. (You just won’t get all the shots). He says what’s in the parentheses to himself.

If you like that, here are some others you’ll appreciate:

In a New Orleans real estate brochure, “Ocean views on all sides!”

“Trust me, the Tround is going to be the next big thing in handgun ammunition.” Referring to the Dardick pistol.

“Other than that, Mrs. Kennedy, how did you like Dallas?”

So, Mr. Manufacturer, it’s YOUR job to figure out what WE want. And guessing won’t do. You have to build an iron-clad case for your product, such that you could stand in court in your underwear explaining your product and not be embarrassed.

I hope I’m not offending anyone with what I say next. About 10 years ago, someone sent me a package of BBs that had each been individually wrapped in a white synthetic material. He explained that he was very concerned about lead poisoning, so he developed an airgun projectile that had no lead in it. It wasn’t very accurate, but at least it wasn’t made of lead. Would I please help him market his new product, because he didn’t know who to approach?

Because, what do you say to the man who just decided to fill dirigibles with hydrogen? Or to abandon Coca-Cola in favor of New Coke? Or to introduce kudzu to help stabilize earth-bermed dikes?

But here’s a word: compatibility.

We don’t need a 14-gram CO2 cartridge, but we could sure use more 12-gram cartridges at half the price. We’ll forego a high-velocity, aluminum BB, but a smoother steel BB would be a blessing. And you can keep your next hyper-velocity breakbarrel, but how about sending us one that’s easy to cock and accurate to boot?

Stop giving us the next new thing and start giving us things that you currently think are impossible.

Give us a PCP that can be filled with shop air. Impossible? No, it isn’t. But it will take some thought.

Give us a pellet trap that collapses for storage, yet can stop a .22 long rifle bullet.

Give us a breakbarrel that cocks with 20 lbs. of effort and outputs 30 foot-pounds of energy.

Give us a scope with external adjustments.

Give us a trap for steel BBs that never lets one get away.

In other words, start acting like you are actually in business to succeed and start thinking about things that don’t exist, but should. We’re waiting. 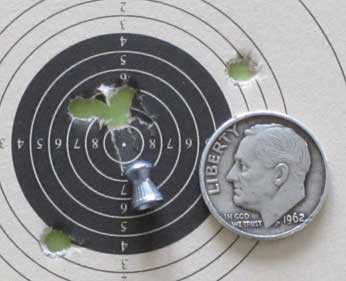 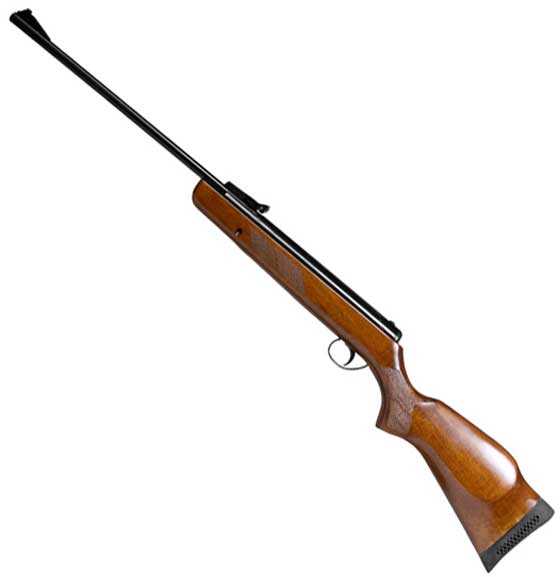