Back when I reviewed the 2012 SHOT Show, I showed you several new innovations that Gamo was bringing to the market this year. This rifle, the Gamo Rocket IGT .177 breakbarrel, contains the first of those I will test. I’m testing rifle serial No. 04-1C-138639-11, for those who wish to keep track.

One of the new technologies is in the title of this air rifle. The IGT stands for Inert Gas Technology, which is Gamo’s term for a gas spring. The gas spring replaces the conventional coiled steel wire mainspring with several improvements. It’s lighter in weight, doesn’t vibrate as much when fired, is resistant to cold, and can remain cocked for long periods without suffering any degradation. Compressed gas doesn’t fatigue like steel spring stock.

The second technology in this new rifle is the Smooth Action Trigger, or SAT, as Gamo calls it. It’s a two-stage trigger that’s so much better than Gamo triggers of the past that it deserves its own blog. The aluminum blade is well-shaped and vertical; so when it’s pulled, it comes straight back and doesn’t rotate upwards into the stock. The two stages are very clearly separated and stage two is quite crisp. I will say a lot more about it in Part 2 when I test rifle’s velocity.

The two technologies that the Rocket IGT does not have are the Bull Whisper barrel — a polymer-jacketed barrel with internal baffles — and the Shock Wave Absorber (SWA) recoil pad that helps dampen recoil. Since the Rocket IGT is not a super magnum rifle, I guess it doesn’t need either of these. But Gamo advertises this rifle at 1,300 f.p.s. while shooting .177 non-lead PBA pellets, so it’s no slouch. That velocity is printed on the outside of the box as well as on the spring tube of the gun. On the Pyramyd Air website, the velocity is listed as 1,250 with PBA ammo…and that’s also what Gamo advertises on their website. Either way, that’s a lot of power. I would think we could see some of the heavier accurate lead pellets go out the muzzle in the 900 f.p.s. range, which would be ideal. [Note from Edith — I’m checking with Gamo on this discrepancy, but I suspect it’s 1300 fps.]

This is a lightweight, slim air rifle. It weighs just 6.1 lbs. due to the use of synthetics in the barreled action and a synthetic stock. It harkens to the days of the Shadow 1000 and, more recently, the Whisper. Unlike the Whisper, this rifle has no baffles at the muzzle. Even so, the discharge sound isn’t that loud. It’s a solid three on the PA sound scale, but it’s not objectionable.

Shooting impressions
I haven’t been able to keep my paws off the gun since taking it from the box, and I can tell you that the initial shooting impression is a good one. First of all, even though it has a gas spring, I’m estimating that the cocking effort doesn’t exceed 35 lbs., and I wouldn’t be surprised to see it closer to 30. A gas spring exerts full pressure from the moment it’s first compressed, so you notice the cocking effort a lot more than with a coiled steel spring — but this Gamo is very nice in this respect.

The piston stroke is extra-long, which is where the power comes from. When you break the barrel to cock the gun, it folds down to within just four inches of the triggerguard. That means the cocking link is going far to the rear, pushing the piston into lockup with the sear; and that, in turn, means a long piston stroke.

The trigger is two-stage and very crisp. Old-timers will not recognize it as a Gamo trigger. It’s also adjustable, and I plan to evaluate it in Part 2.

The gun fires without a lot of recoil or vibration. It seems to have a lot of power, but we’ll find out for sure in Part 2. One thing I definitely love is the non-automatic safety. It’s there for you to apply — or not — as you choose, but you’re not forced to take it off before every shot. Bravo for Gamo!

More impressions of the rifle
The stock is slim and fits me quite well. It’s entirely ambidextrous, with a raised cheekpiece on both sides of the Monte-Carlo profiled butt. The pistol grip has a slight swell on both sides. Nothing about the rifle favors a right-handed shooter over a southpaw, which is a big plus in its favor.

The synthetic material the stock is made from is cool and slightly rough to the touch. The butt sounds solid, which I know will be appreciated by most shooters. The pistol grip and forearm are both slightly roughened where the hands want to grip.

The barrel is a thin steel tube surrounded by a fluted synthetic jacket. That’s become a Gamo trademark in recent years. Though I don’t care for the aesthetic, it does keep the weight off.

Surprise at the muzzle!
I casually glanced at the muzzle to examine the crown and was surprised to see no rifling inside the barrel at that point! Using a magnifying hood and a tactical flashlight I can see that the rifling ends considerably before the end of the barrel, like almost an inch deep. So, there really isn’t a crown to this barrel, just what could be called a counterbore at the muzzle. Unlike a true counterbore, the rifling just ends without a step in the barrel. The pellet is free to fly on its own at this point. What it will or won’t do for accuracy remains to be seen, but I’m intrigued! 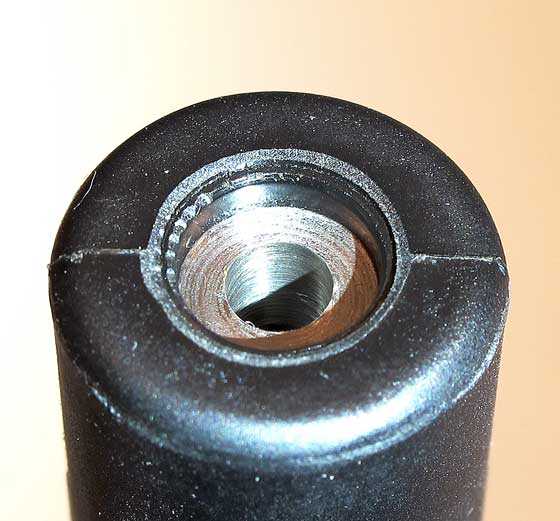 Looking down into the muzzle, we see the rifling has ended well before the end of the barrel.

There are no open sights, nor are there provisions for them. This rifle is meant to be scoped and comes with a Gamo 4×32 scope in rings that are ready to mount. The base clamps to 11mm dovetail grooves cut into the spring tube, and a single vertical scope stop hole is provided. The rings mount with a Torx wrench that’s provided, and both the base screws and cap screws use the same wrench, which is a big plus. The caps have two screws apiece. I had the scope on, leveled and adjusted for my eye relief in less than 10 minutes.

Overall impression
Gamo has been advancing their air rifle technology greatly over the past decade. This year they’ve hit the afterburners! This new rifle looks right, feels right and has a great trigger. Let’s hope it’s also accurate. If so, the Rocket IGT could be a home run for Gamo. 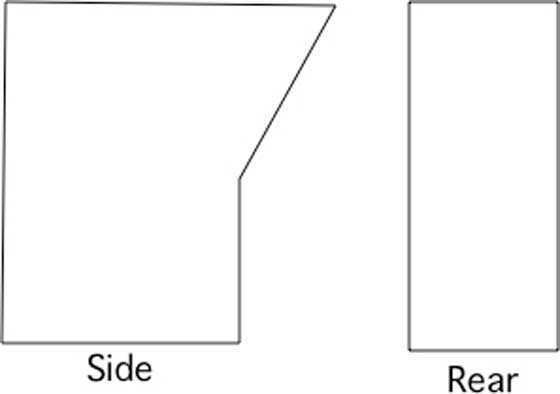 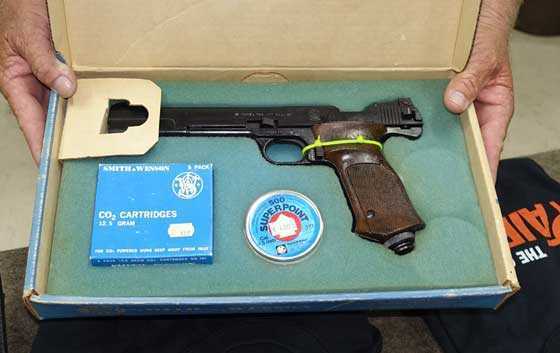 Got a variable-power scope? Use it!