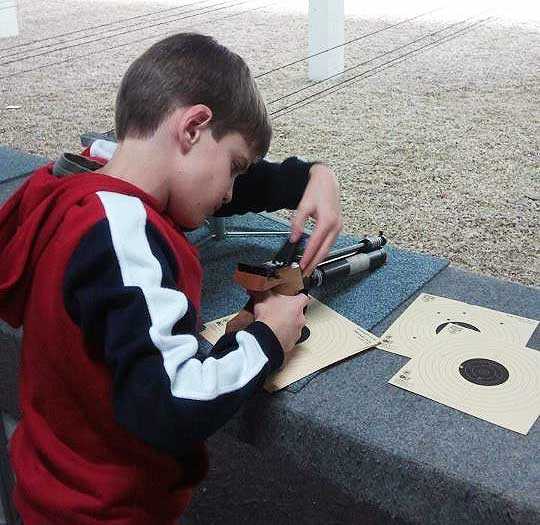 Daniel Page won the BSOTW. Looks like we have 10-meter pistol shooter in the making!

When I was a boy growing up in Ohio, I was obsessed with guns. Most of the time, I didn’t exactly have any I could call my own; or if I did, I wasn’t able to shoot them very often. But I remained obsessed. While other boys my age were quoting baseball statistics, I was rattling off ballistics data with the same enthusiasm — with no one to listen.

I always looked for an edge in my guns — a way to trump the competition that didn’t actually exist. And I found one. While poring through a Stoeger’s catalog, I stumbled across a little-known cartridge — the .22 short gallery round. It had a muzzle velocity of 1,710 f.p.s., which was well above any other .22 rimfire ammo except for the .22 Winchester Magnum — and remains so to this day.

The round featured a 15-grain frangible bullet, but frangible was a big word, so the Winchester marketing department substituted the words disintegrating and composition to dumb down the copy. This “bullet” was a combination of lead dust and compressed wax that was swaged into bullet form and stuffed into the tiny short cartridge case. The wax made it self-lubricating and also ensured that when it hit anything hard it exploded into dust instead of ricocheting — the perfect round for a shooting gallery that operates in a confined space. I believe the extra velocity was there to assist in the total destruction of the bullet.

Once I knew about it, I had to have this cartridge. I just knew it would give me the edge over all my competition, which I have already acknowledged was nonexistent. I went in to Akron and visited a gun store. They were able to find the round in their catalogs; so after a couple weeks’ wait, a brand new box of 250 rounds was mine. Two-hundred fifty rounds! This was way before the value cartons of ammo were sold!

It must have been around 1961 or so because we’d moved to the country, where I could shoot — and I’d finally wangled a .22 rimfire of my own from my mother (who never let me have a BB gun). Of course, I factored velocity into that purchase, too, and the gun I wound up with was the Winchester 67A — a single-shot that had a 27-inch barrel. I just knew that long tube was giving me velocity that only Roy Weatherby had ever seen — especially with my new hyper-velocity ammo.

Then, I set about discovering all that this marvelous round could do. Right away, I found that the bullet was most accurate while it remained in the barrel. So, for the first 27 inches I could count on every bullet going exactly where that barrel pointed — sort of like driving your car in the fog by keeping it centered between the turn signals. Once free of the muzzle, though, the bullet had a mind of its own. Perhaps that’s why shooting galleries have three walls.

In short, my little experiment was a flop. The additional speed did nothing for accuracy. Though, I didn’t know it at the time, the extra-long barrel on my rifle was slowing the bullet down a lot because it ran out of steam about halfway down the bore. But at least I had the privledge of paying $5.60 for those 250 rounds at a time when .22 short high-speed round would have cost perhaps a third as much. But wait, there’s more! My little story isn’t over, just yet.

NOW they tell me!
It wasn’t until I researched this blog yesterday that I discovered there were actually two different galley rounds. One had the high-velocity lightweight bullet while the other — the one I have (of course) — has a conventional-weight disintegrating bullet that exits the muzzle of a normal-length barrel at 1,045 f.p.s. and probably slower in the longer barrel of my musketoon. That’s slower than the standard .22 short high-speed round that all my friends — the ones who could quote baseball statistics — shot in their .22 rifles with conventional barrels! 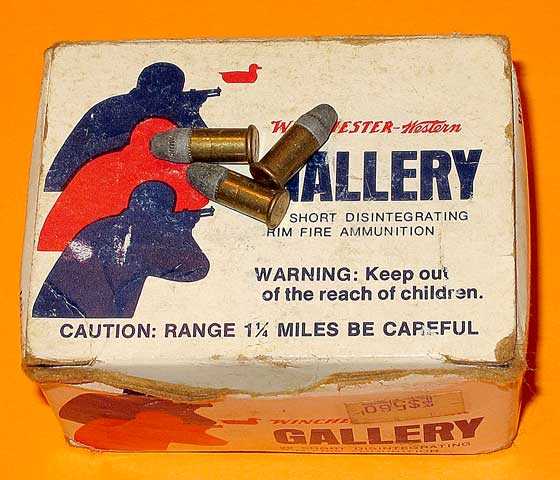 The joke was on me all along! My gallery ammo was not the hyper-velocity round I believed it to be. But at least I got to pay three times too much for it. Getting over 1,700 f.p.s. in a .22 rimfire is the stuff of a young boy’s dreams.

Where am I going with this?
Is there a purpose to my humiliation — beyond the need to publicly embarrass myself? Why, yes there is! I just returned from the Roanoke airgun show where I got to watch all manner of airgunners — from the very new to the old and infirm — in their natural habitat. While there, I noticed that a great many of the new ones — those who have been in the hobby for the past 11 minutes or so — seem to be impressed with speed. And the old silverbacks, among whom I am numbered, gaze fondly at airguns like the Diana 27 and the Slavia 630, and wonder if they can be tuned down to cock with less force.

We, of the “Been there, done that” club, have already suffered the hard-cocking, tooth-jarring magnum guns that only seem to exist for the purpose of bragging rights. It was obvious at the airgun show when you observed who was interested in what. If the gun on the table was a “Bow of Hercules” springer with its mainspring borrowed from a one-ton pickup truck, the experienced guys avoided it while exchanging knowing looks, and the newer airgunners stood mesmerized in front of it in a pool of their own drool. And, if the gun was a “Pansy Special” with a mainspring taken from a retractible ballpoint pen, the veterans all teared up while the new guys steered a wide path around it. Nobody came out and criticized anyone for their beliefs, but those who have had the powerful guns in the past knew that the new guys had a lesson or two coming.

I find that the longer I remain in this hobby, the more things I know about what not to do. But the receptiveness toward any of this hard-won wisdom is inversely proportional to the age of the person or the time they have spent in the hobby. I have found that there are a great many things I simply cannot say to a new airgunner without turning them off completely. I now let them make their mistakes and try to be there when they need some encouragement to stick with airgunning instead of finding something new. This hobby has a bucket-list of fascinating things one ought to see and do before deciding to move on.

It’s not just airgunners, either!
I was talking to a Texas champion archer today, and he said the same thing without me prompting him. He said he wins tournaments partly because many of the younger competitors still use hunting bows that they have set up for competition. They have draw weights of 70 lbs., which makes their arrows go very fast, but also destroys their fine edge as far as stability is concerned. And he told me the funny thing is that these guys don’t even need such a heavy draw weight to kill deer! He says Ted Nugent hunts deer with a bow many would consider a woman’s bow. It has a draw weight of about 45 lbs. And it handles his business very well.

Conclusion
Oh, well. W.D.M. “Karamojo” Bell killed over 1,000 elephants — mostly with the 7mm Mauser (he called it the .275 Rigby) cartridge, yet gun writers will tell you even today that the .458 Winchester Magnum is a “mouse gun,” not worthy of taking on safari. I guess that’s what sells magazines, because this debate has been raging all my life. From what I read, it went on long before I was born.

The downside is when a guy spends all his money to acquire a “Mangel-em Magnum,” only to discover all the baggage that comes with it. He’s now tapped out of cash, and the only airgun he has requires a clearance from the local sheriff’s office to cock and load. He thought he was getting into airgunning — not tank gunnery!

That guy is on my mind constantly. He’s the guy I’m trying to save for our hobby by showing a kinder, gentler way. Then, if he wants to lob bowling balls into the local supermarket parking lot after he knows the civilized side of airgunning, I step away.