I have to list the Benjamin 392 and 397 rifles. Even though the price is rising steadily on them, they both still represent some of the best values in the airgun market. I’m specifically not recommending the Blue Streak because it’s now the virtual twin of the other two rifles, and I feel that its .20 caliber limits the availability of premium pellets too much.

The M4-177 is another great multi-pump gun. It’s not as powerful as the first two, but it’s even more accurate at short ranges. If you want a cheap target rifle, this could be the one!

What about CO2?
Don’t I have any CO2 recommendations? Well, I have just one, and it’s not cheap. The Walther Lever Action Rifle is a copy of the Winchester 1894 lever action that the world knows so well. It’s an 8-shot repeater that can take a scope, if you need one, but in my opinion deserves to be used as it comes — with open sights! This rifle is slick to operate and deadly accurate at close range (to 25 yards). It isn’t a hunting airgun; but for shooting targets or just plinking, there aren’t many better — especially repeaters.

Pistols, too
Let’s look at some pistols for a moment. I must include the Beeman P17 single-stroke pneumatic on this list because it delivers several hundred dollars of value in a $40 package. Yes, it’s made in China, but it’s so close to the Weihrauch HW40 PCA that costs $200 more (sold by Pyramyd Air as the Beeman P3) that Weihrauch repairs them in Europe under their warranty. Hans Weihrauch, Jr. told me he has to stand behind the gun because everyone thinks of it as something he makes! How’s that for copying?

Another air pistol that made my list is the IZH 46M single-stroke pneumatic target pistol. It’s accurate, powerful and easy to pump. It’s on the heavy side, so some shooters may not be able to hold it in one hand. Besides that, there’s a lot going for this air pistol. It has one of the nicest triggers you’ll every find — short of a real world-class target air pistol.

The Beeman P1 spring pistol has so much going for it that it deserves to be on my list. It’s accurate, powerful and has a wonderfully adjustable trigger. Although it comes in three calibers (.177, .20 and .22), I can only recommend the .177 because I think it’s perfect for the power level of the pistol.

How about some stuff that isn’t an airgun? It’s stuff you also need.

Let’s start with Ballistol. This stuff is so useful that I’m planning to do a whole blog about it. Removing rust is just one of its handy tricks. I have so many uses for Ballistol these days that I don’t know what life would be like without it. My friend Mac had his house on Maryland’s Eastern Shore flood a couple months ago, and water got into all three of his gun safes through the holes in the bottom of the safes that are used for anchor bolts. All of his firearms and airguns sat in several inches of water for a straight week, yet there wasn’t one sign of water damage on any stock, nor was there any rust on any gun! How’s that for a Ballistol testimonial?

The most popular cleaning and maintenance product at Pyramyd Air is Crosman Pellgunoil. Readers of this blog have witnessed hundreds of old guns rescued by its application over the years. At least you have if you get all the comments sent to you. This stuff is magical! I fixed the neighbor kid’s Daisy 880 a week ago with it! If you shoot CO2 or multi-pump pneumatic guns, you need this stuff!

Another cleaning product that almost every airgunner will eventually need is a jar of J-B Non-Embedding Bore Cleaning Compound. Only those who shoot guns with brass barrels don’t need this product to clean their bores. You know that I use it on new guns to simulate a long break-in, and it does work for that. I also use it to scrape copper fouling from the bores of my centerfire rifles. Benchrest shooters use the stuff, so it’s got to be pretty good!

I won’t put brass bore brushes on my list, but they’re wonderful if you need them. But I will put what they go on — a .177-caliber Dewey 26″ coated cleaning rod. I used to buy el-cheapo rods that were made in sections. They were aluminum, so of course they bent and their threads stripped with use. Then, one day at AirForce Airguns, while I was cleaning a couple hundred Lothar Walther barrels that had just returned from the bluer, I suddenly realized that the rod I was using — a Dewey — had cleaned a good many thousand airgun barrels by my hand, and who knows how many before me? And, although it was slightly bent and showed some age, this rod was still going strong. My aluminum rods would have given up many times doing the same work. That was the day I became a believer in the Dewey solid cleaning rod. I linked to the .177/.20 caliber rod, but you also need one for your .22 and .25-caliber guns. Like pellet traps and chronographs, this is a bullet you bite if you’re a shooter.

One more thing I won’t do without is my ATK Weaver Gunsmith 36-piece Tool Kit. I actually have six or seven similar kits because the smaller blades do break with use. But when you need that perfect screwdriver to fit a screw on a very expensive gun, nothing else will do.

Well, that’s my list for this year. I hope this has been of some use to you, because it’s one of the most tedious reports to write and create. These are all things that I would recommend to you personally if you asked. I’ve used and/or tested everything on this list, and I believe they’ll satisfy you exactly as advertised. 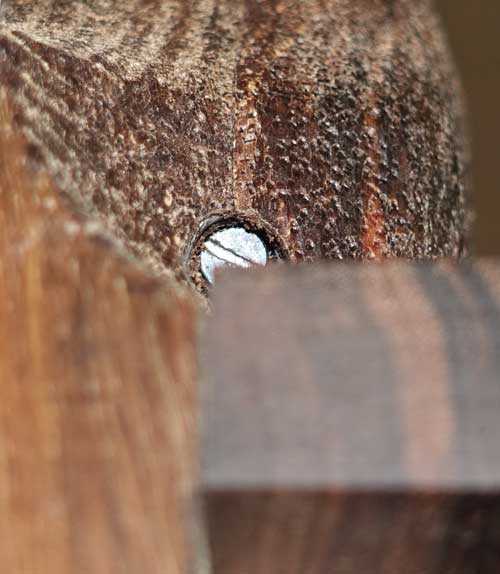