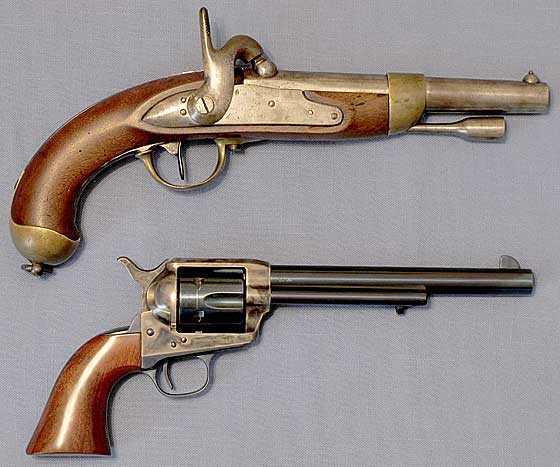 It may help if I go back to the very first trigger and explain how it worked. In the very early days of shooting, there were no triggers at all. A lit piece of cord called a match was carried by the shooter; and when he wanted to fire his gun, the (hopefully) hot coal on the end of the match was touched to a hole located at the rear of the barrel. That’s where the term touchhole comes from. The hot match would hopefully ignite some of the gunpowder that was at the top of the touchhole and hopefully the tiny explosion would go all the way down the touchhole and hopefully ignite the main powder charge.

How many times did I write “hopefully” in the last paragraph? Four, which is my way of saying that these early hand-cannons were not that reliable. If you make one today, it’ll seem very reliable, but that’s just a comment on how good today’s black powder has become. The early powder was far weaker and harder to ignite, the matches often went out — especially in the rain — and the length, size and shape of the touchhole had a profound influence on the success or failure of the gun’s ignition.

In time it all got sorted out. The powder got better and shooters learned how to care for their matches. At some point in time, a clever mechanic attached the match to an iron rod that was attached to a pivot on the hand-cannon and shaped so the lit match end fell exactly on the touchhole. The other end of the rod was shaped to be easy to operate with the fingers of the hand that held the gun. Thus the first trigger was born. This first trigger did not have a sear. It was just a lever. If you bumped it when the gun was loaded and caused the match to hit the touchhole — oh, oh! But at least they didn’t shoot themselves while cleaning their guns — at least not accidentally!

By the middle 1500s (and probably earlier), we had triggers with sears. They were needed when the wheellock mechanism came along. A wheellock is a cigarette lighter built into a gun. It has a powerful spring that’s tensioned by winding with a lever or key. The spring causes a large, serrated steel wheel to turn; and when a piece of pyrite is held against it, sparks are generated.

The tension of the mainspring has to be restrained so the shooter can select when he wants the gun to fire. A sear is a type of dog or restraining lever that blocks the wheel that’s under tension. The trigger then becomes another lever that trips the sear (releases the dog) so the wheel can turn, generating sparks and igniting the powder charge. This kind of trigger was a single-action trigger. That means you first had to cock the gun (by winding the spring) before the trigger was put in place by another small spring to hold the sear.

With a single-action trigger the gun must first be cocked by some outside activity before the trigger can be set to perform its job. I don’t have a wheellock to show you but I do have a French 1822 flintlock military pistol that’s been converted to percussion. The trigger on this pistol works the same way I’ve described. The hammer must first be cocked or the trigger can do nothing. When the hammer is cocked, internal springs have pushed the trigger to block the sear from moving. At this point, the trigger can release the sear when it’s pulled, allowing the hammer to fall. It’s very similar to the wheellock, except that if the gun is a flintlock, the lock generates the spark for ignition through the striking of flint, rather than the dragging of pyrite against a steel wheel. In a percussion gun such as my 1822 French pistol (a flintlock-to-percussion conversion), the hammer falls on a percussion cap that explodes, igniting the black powder.

The trigger of the 1822 French martial pistol (top) just flops around loose until the hammer is pulled back to the cocked position. Then, the trigger is held in place to block the sear (on the hammer) by a small spring. When you pull the trigger until it moves out of the sear notch on the hammer, the hammer falls and explodes the percussion cap. The cowboy gun below is called a single-action revolver and works in a similar fashion, interestingly enough.

And that was how all triggers were until the mid-19th century. Don’t let set triggers confuse you. They existed well before this time, and they’re all single-action.

Double-action triggers
The double-action trigger was probably first produced in England or Belgium around the middle of the 19th century. My vote goes to England. Some clever mechanic found a way to link the trigger blade to both the sear and a second lever that pushed the hammer back against its spring. Now, the trigger could do two things. It could release the sear and could also cock the gun. And it could do both of them at the same time, with the result that the gun fired every time the trigger was pulled. Cocking the hammer first went from being a necessity to an option. 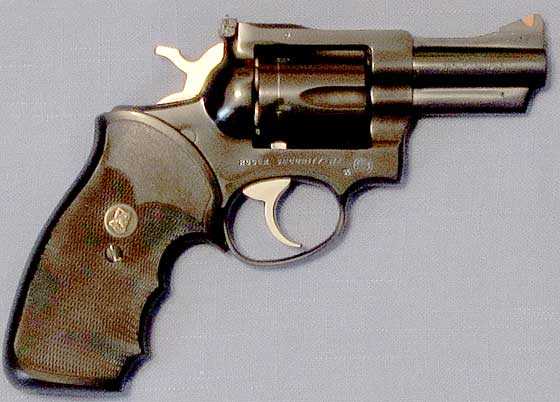 You can almost always spot a double-action revolver by the trigger positioned far forward in the trigger guard.

The effect of the trigger on shooting
Because it’s lighter and crisper, a single-action trigger-pull results in more control over the handgun. Therefore, it’s always used for formal target shooting. A double-action pull usually results in pulling the shot to the side opposite the hand that holds the gun. In other words, a right-handed shooter will pull his shots to the left when shooting double-action. It’s possible to train yourself to shoot accurately this way, however, and since double-action is faster than single-action, it’s used when revolvers have to be shot quickly.

And, because double-action triggers require more effort, they’re viewed as safer in the hands of those with less handgun training. So, some semiautomatic pistols have a double-action-only trigger-pull. The Glock is most famous for this.

What to take away from this
The thing to remember is that a single-action trigger-pull means just causing the sear to let go and fire the gun. The gun has to be cocked separately and by something other than the trigger. A double-action pull means also putting tension on the hammer spring, so the gun fires with each pull of the trigger without anything else needing to happen.