Sometimes things come along that surprise me. Today’s Umarex Trevox air pistol is one. I have seen attempts at mega-magnum spring pistols before and so have you, but they usually disappoint in one or more ways. I don’t think this one will. And I hope not, because what we have here is a remake of the vintage BSA Scorpion air pistol of the 1970s. I did a special 3-part test of that pistol 4 years ago. The Trevox is so similar! If they were going to make the Scorpion today, this, or something close to it, is what they would do.

If I sound like I am summarizing after a full test, it’s because I have broken my rule about looking at customer reviews before I test the gun. If what I’m reading is correct, we have a potential world-beater airgun here.

The Trevox is a large breakbarrel single shot air pistol that is currently offered in .177 caliber, only. It is powered by a gas spring, which is a nod to today’s manufacturing. The specs on the Pyramid Air website say to expect 540 f.p.s., but the clamshell package the gun comes in goes further by claiming 540 with lead pellets and 600 f.p.s. with alloy. I will test that for you.

Coincidently, the BSA Scorpion topped out at 552 f.p.s. with Falcon lead pellets. So the two pistols are in the same ballpark, power-wise. 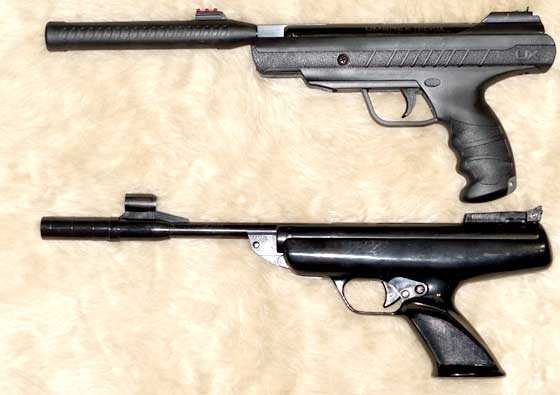 I see a lot of similarity between the Umarex Trevox (top) and the vintage BSA Scorpion.

The pistol isn’t that hard to cock, but the designers got the cocking geometry wrong. The cocking stroke begins at a point where there is poor efficiency. That makes cocking the pistol feel harder than it really is. The breech is held shut by a ball bearing that allows you to open it without slapping the muzzle. 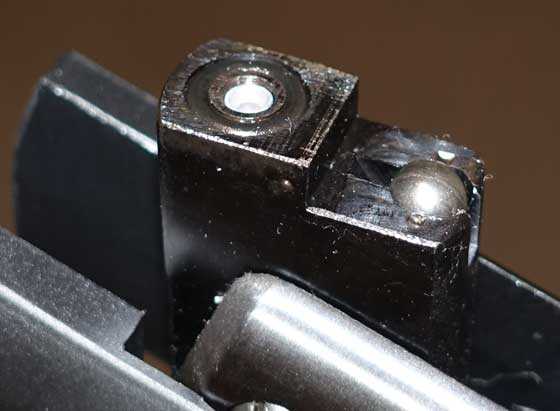 The trigger is almost universally panned by reviewers, but the one on the test gun really isn’t that bad. It’s two-stage and not adjustable. Stage two has a lot of movement and is heavy but I don’t think it is too heavy. It’s half of what a Colt revolver double action trigger pull would be.

The safety is a simple crossbolt safety that blocks the trigger from moving. It works and seems very solid.

There is also a set of 11mm dovetails cut into the spring tube. So an optical sight can be mounted. Neither the front nor rear sight can be removed, so keep that in mind.

One of the key factors mentioned in most of the reviews is the pistol’s accuracy. Apparently shooters across the board think it’s accurate. Even the shooters who rate it lowest admit that it’s accurate. That’s why I think it could be a potential good buy. I hope to explore this further in this series, by which I mean if it’s accurate at 10 meters I don’t plan stopping there..

The silencer on the muzzle is permanently affixed to the barrel. It is baffled and the Trevox is quiet, but since most of the discharge sound comes from the powerplant and not from the muzzle, the quietness is not due to the silencer. Most of the quiet comes from a powerplant that’s relatively smooth.

I see a lot of parallels between this pistol, and the BSA Scorpion. The Scorpion is both powerful and accurate. The one major area where the two differ is the trigger. The Scorpion trigger is both adjustable and light. I will be interested to see just how accurate this Trevox is, and whether it warrants a test at a longer distance.

On the surface the Trevox doesn’t seem that exciting. If, however, under the skin there beats the heart of an accurate pistol, this review could turn out to be surprisingly good.