Back in February I mentioned on the blog that I would like to find a Diana model 35 to detune, just to see how sweet it could be. Carel contacted me and told me he had a nice old one I might like. Then he told me about this model 26. I had never heard of it, and he tells me they are quite scarce in Europe, too. I think the gap between the models 25 and 27 was too narrow to support another model.

This gun is beautiful. It’s the best of the three, cosmetically. Carel also installed a new spring in it, so it both looks and performs like a brand-new airgun. It’s a square-sectioned spring that looks like an Ox or possibly a Titan. 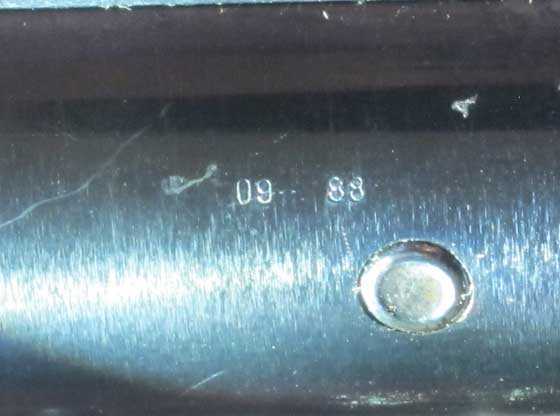 The date code is stamped lightly on the spring tube.

According to the Blue Book of Airguns, the model 26 had either a T01, T02, T03 or T04 trigger, and would be marked accordingly on the receiver, just after the model number. But the one I am examining is not marked that way. It does have the single letter D just below the model number and that is all. 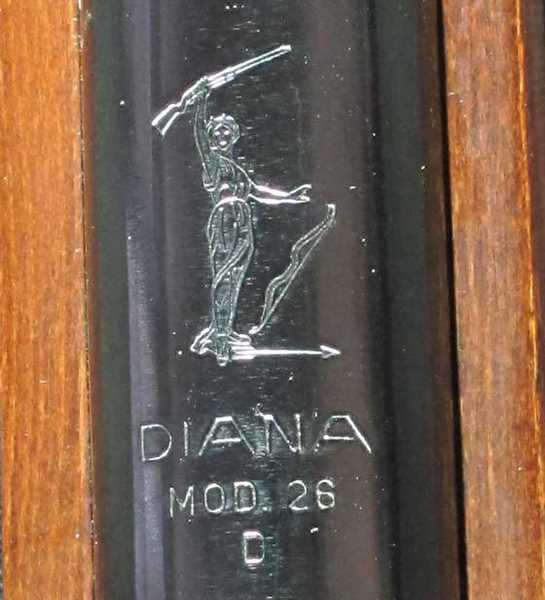 No trigger designation on this rifle.

I haven’t dived into the guts of the rifle yet, and I may never do so because of how nice it shoots. But a look at the trigger reveals some differences. For starters, there is a safety! Models 25 and 27 don’t got no stinkin’ safeties! And, of course the safety is automatic. 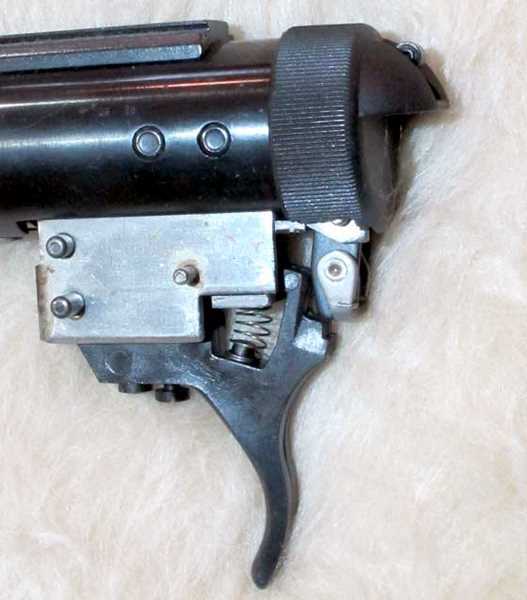 The trigger is modular, rather than in pieces.The trigger blade is plastic. 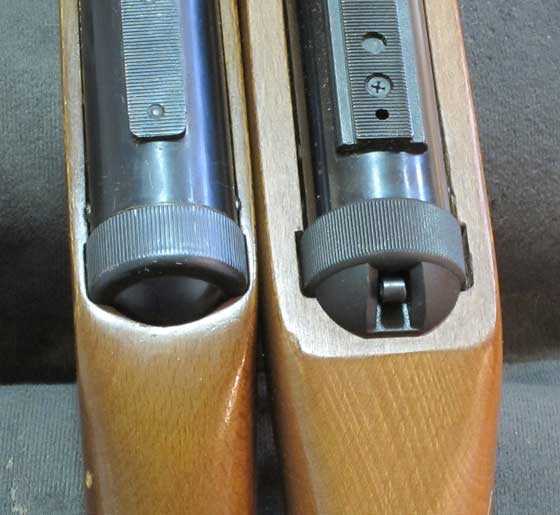 This picture shows a lot. Besides the automatic safety on the 26 (right) you can see how fat the 26 stock is, compared to the 27. Also note that the Diana scope base is on the 26 instead of the peep sight base that’s on the 27.

One clue that this rifle may have the ball bearing trigger are the two adjustment screws on the trigger blade. Carel has it adjusted well, so I think I will leave it right where it is.

The stock is what makes this 26 larger than my 27. It’s beefier, longer and thicker in all dimensions. The butt has no pad, just like the 27, but instead of the 27’s rubber button the 26 just has a grooved butt for better purchase. The 27’s butt is grooved, too.

Here are the two rifle butts. The 26 on the right is much larger than the 27.

The model 26 has the same tapered front post in a globe that’s on my 27. The rear sight is also the same plastic adjustable open notch. 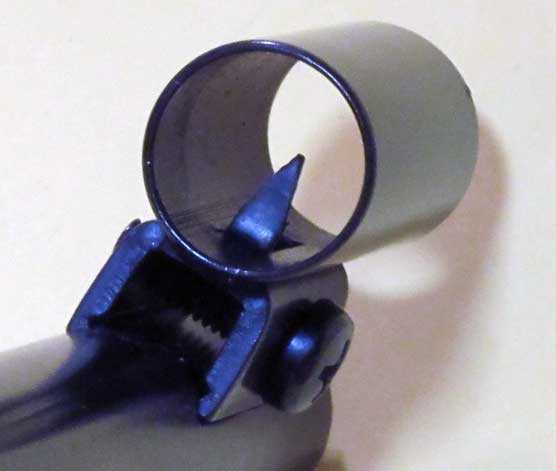 The front sight is the same on most Diana sporting air rifles of this vintage. 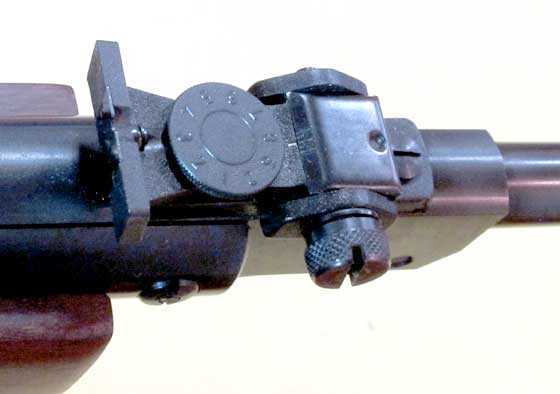 In short, the 26 is a modernized 27. The barrel length, sights and powerplant size are identical. What differs are the 26’s larger stock, the more modern modular trigger and the modern scope base.

I have already shot this rifle and noted that it is smooth. It seems to have a square-sectioned mainspring installed, and the lubrication looks right. It doesn’t vibrate when it fires, but it does have some forward recoil.

As I have said, I will probably leave this rifle just as it is. I have other airguns to tune.

I would sure like to hear from anyone who owns a 26. Since mine isn’t stock I’d like to get a perspective on one that is.