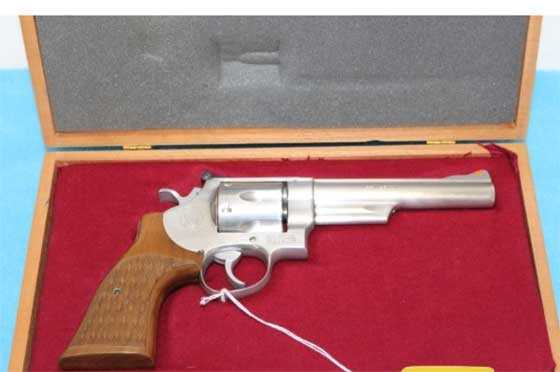 Today will be different. It’s sort of a guest blog, with help from me. I’ll explain as we go.

Several years ago I wrote two multiple-part blogs about taking pictures of airguns. Several readers were having difficulty taking the pictures they wanted, and I tried to coach them a little. The most recent report is a 2-parter from 2014. It’s okay and even has a few useful tips, but the first report from 2008 is more detailed. I think it’s the better one.

Taking good pictures is indeed important, but it’s not the subject of today’s report. Today I want to discuss how a bad picture can cost you a fortune! I have addressed this subject in the past, but there hasn’t been a specific blog devoted to it. So, here we go!

One of our readers, Kevin in Connecticut, is also a gun collector who frequents the Gun Broker auction website. I’ll let him tell you the story.

Hi Tom, last week I was bidding on an S&W Model 629, it’s a Model 29 in stainless. The thing was that this was a “no dash” model, meaning that it had the very desirable pinned barrel and recessed chambers. Long story short, the bidding was very lively and I made the mistake of falling asleep (or maybe not, as you will see). I was outbid by someone, and the darn thing wound up going for over 18 hundred bucks! My high bid was 16 hundred something and I doubt that I’d have gone higher, but still, no one likes to be sniped.

Nobody likes to be sniped (outbid at the last second), but on Gun Broker it’s not really possible. If a high bid comes in during the final 15 minutes of the auction, they set the clock back to 15 minutes and start counting down all over again. That happens as many time as a higher bid comes in during the final 15 minutes. It’s very frustrating for those of us who do snipe (I am now raising my hand), because it gives everyone time to rethink their bid. And that is the purpose of doing it that way — to raise the selling price as high as possible. It helps both the seller and Gun Broker, who gets a higher commission.

All is not lost

So, Kevin lost the gun he really wanted. But then something wonderful happened. He got a second chance. Here is what he says about that.

I believe that poor product photos and a very lackluster writeup were the reasons this happened. I’ve included a link to it, and as you can see, the first photo is absolutely horrible. To me it makes the gun look like either hard chromed or the old Armaloy process.

If you already know what revolver this is, the picture isn’t so bad. But, if you plan to risk more than fifteen hundred dollars to buy it, this picture is horrible. That is the point of this report!

Most people would pass this listing by. In fact — most people did. Kevin looked at the rest of the pictures for the same listing.

The rest of the pix clearly show the pinned barrel, recessed chambers, and the true stainless steel finish is very apparent. 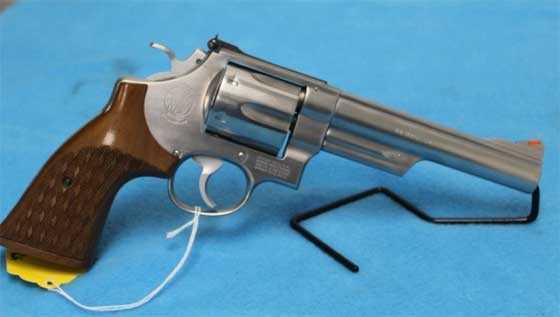 Same gun, same listing, better picture. Why wasn’t this the first picture used for the listing?

I spoke to Kevin yesterday and he confirmed what I thought. When we see a bad blurry picture, we know something is wrong. Is the guy trying to hide something? I have known people who use blurry pictures to do just that.

Or, doesn’t the guy care? Is he lazy or sloppy in all that he does? A blurry picture or one that isn’t oriented correctly (sideways instead of straight on) tells me either the guy doesn’t know how to use the software or he just doesn’t care about anything he does. Or perhaps he’s most familiar with social media on a smart phone. He thinks everyone is looking at his listing on their phone and can turn it sideways to straighten it out. But some folks are sitting at a computer with a 50-inch high-rez monitor bolted to the wall that they won’t be turning.

So, if you are interested in the gun he’s selling, what could be wrong? Are the screw slots buggered? Is a chamber bulged? Did he flip the cylinder closed and bend the crane? A blurry picture tells you none of that.

But his additional pictures were clearer and let Kevin see the real condition of the gun. It looked good, so he took a chance.

Here is what Kevin did. He patiently waited for several days while the time on this auction ran down. If he had submitted his bid earlier many people could have seen it. Yes, the first picture is bad, but some guys get all macho when they see that someone else has bid on an item they might want. A bid would have incited them to look deeper into the listing and they would have seen the better pictures that were lurking behind the first picture. By leaving the bids at zero (no bids) Kevin lulled those guys to sleep.

But he also didn’t wait to bid in the last 15 minutes, because of the clock resetting. That triggers people to act, as well. He put in a bid a few hours before the end of the auction, hoping that no one would notice it — which they didn’t! Here is what he says.

Turns out it was my good luck!! I thought you would find the story interesting and your readers might profit from knowing how much good photos and a proper description go to maximizing a sale.

Kevin has now received the gun and it is in beautiful condition. For all of you who aren’t firearm collectors, what Kevin has done in this transaction is equivalent to buying a 95 percent $1,500 Sheridan Supergrade for $800.

Kevin and I share a passion for good pictures and decent product descriptions, and this incident really lit his fuse. He also sent me a picture of another gun seller on Gun Broker, to contrast with this one. This is a seller whose pictures he really likes. Look at the difference in the main photo. 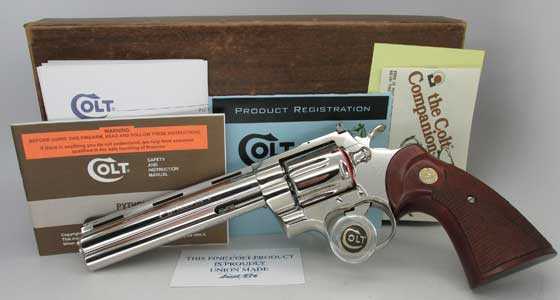 This is what a picture should look like when someone wants to sell a gun for thousands of dollars! What a contrast!

Bad pictures are one thing, but poor descriptions are just as bad. When trying to sell an expensive collectible gun you should tell potential buyers as much as you can. Kevin gave some clues in his description of the gun he wanted — pinned barrel, recessed chambers in the cylinder, etc. Those are things to note for buyers.

If you are selling a Sheridan Supergrade don’t just tell them the serial number is very low, if it’s true tell them, “This is one of the first 200 rifles whose serial number was engraved by a jeweler!”

The more you can tell a potential buyer, the more buyers you will have. You’re not just selling a Smith & Wesson 78G pellet pistol — you’re selling, “… an early model with the high-gloss finish and the adjustable trigger.”

Kevin also linked me to a poor description for a different gun on Gun Broker to prove his point. The S&W model 60 snubnosed revolver in stainless steel with a pinned barrel is a highly collectible handgun today. They sell for a lot of money. They are also made in .357 Magnum and without the pinned barrel and those guns are much cheaper. There are plenty of those but not so many of the .38 Specials with the pinned barrel.

Here is the complete information on one of the pinned-barrel models.

This is all the description given for a very collectible handgun! No mention is even made that it is a pinned barrel (it is).

There should be a paragraph of description telling buyers why this gun is the one they want, over the other 50 that don’t have a pinned barrel. But no, it’s being treated as if it’s just another gun someone needs to get rid of. The seller says “Please see pictures.” in the hopes that seeing them will tell you everything you need to know. Well, it does if you know what you’re looking at. If not there are a host of S&W model 60s selling for half the price and less.

Kevin and I could have written this report from a completely different viewpoint — one telling you how to locate diamonds in the rough. Because that is what these sellers with poor pictures and thin descriptions are doing — asking people to please pick up all these glassy rocks that are littering their ground. That’s kinda what happened with Golconda. The owner sold the land to finance a worldwide search for diamonds and walked away from the richest diamond mine in the world at the time. I’m enough of a collector to look for things like this.

I won’t cheat the widow who just wants her late husband’s guns out of the house, but I will conspire with the bitter divorcee who sells her husband’s trap gun for a dollar because the court ordered her to share the proceeds of their property equally.

It really does matter that the pictures you use when selling something are the best. Take the time to make them good or find help if you need it.

And the description you write has to inform the potential buyers of all the advantages your item offers. Remember that some buyers don’t know everything you do, so help them make their decision.