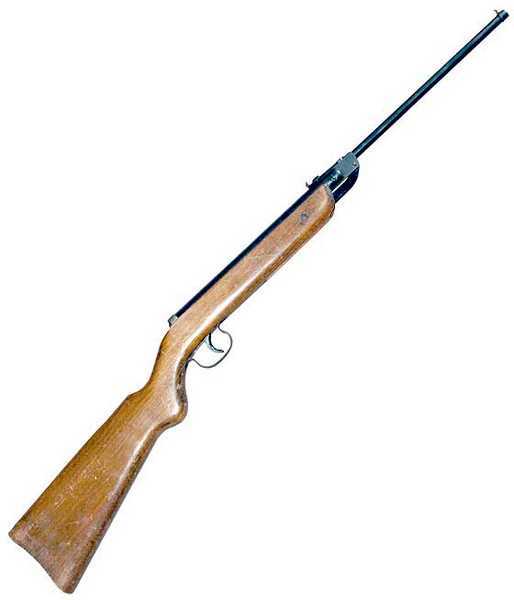 Today we test the Winchester 422/Diana 22 with the new front sight attached. Reader Breeze was kind enough to donate this sight to the cause. 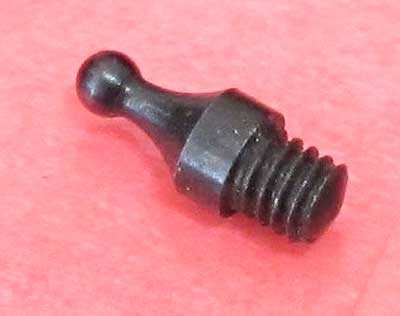 Reader Breeze sent me this new Diana front sight to replace the bent one. Thank you, Breeze! 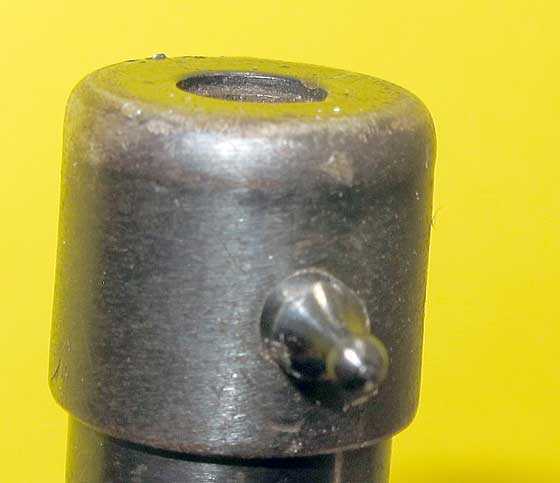 The new front sight looks great on the rifle!

It’s a day for reader GunFun1 to put on his , “Told you so!” shoes, because the barrel is definitely bent up. But what I didn’t know until today is it may also be bent a little to the right. Looking at the front sight through the rear notch, it seems off to the right a little. We’ll see what happens as the test progresses.

I shot from 10 meters with the rifle rested on the sandbag. I shot 5-shot groups only because I wanted to shoot a lot of different pellets. I told you at the end of Part 3 that I would test all the pellets again, plus I added three more today. Let’s go!

Five RWS Hobby pellets hit 3.8 inches above the aim point (bent barrel) and in a group measuring 1.712-inches between centers. But the lone shot to the left was a called pull. The other 4 shots are in 0.689-inches and are to the right of the bull. That sort of negates the barrel being bent to the right because if it was the pellets would have hit to the left. It must be that since the 422 is so small I have trouble holding it straight. 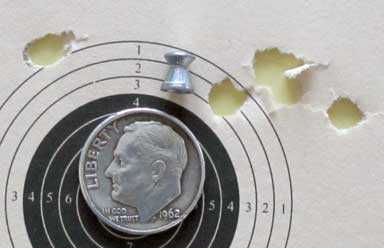 Five Hobby pellets went into 1.712-inches but that shot on the left was a called pull. The other 4 are in 0.689-inches. The Hobby could be a very good pellet for this rifle.

Next up were 5 RWS Meisterkugeln Rifle pellets. They grouped in a very horizontal 1.157-inches at 10 meters. 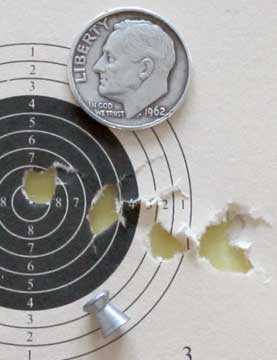 The next pellet I tested was the RWS Superpoint. I miscounted when shooting this pellet and only shot 4 instead of five. The 422 put four of them into 0.993-inches at 10 meters. 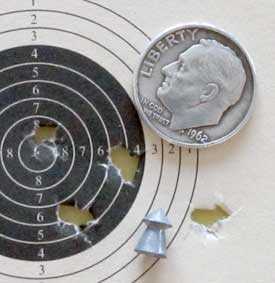 Oops! A miscount while shooting lead to this ten-meter 4-shot group of RWS Superpoionts. It measures 0.993-inches between centers.

Because the pellets were hitting so high I was aiming at the bottom of the bull beneath the one where they landed. There were three above three bulls on the target paper, so at this point I flipped the target paper and continued.

Next up were five RWS R10 Match Heavy pellets. A reader suggested I try them. Five went into 1.193-inches between centers at 10 meters. It’s okay but not great. 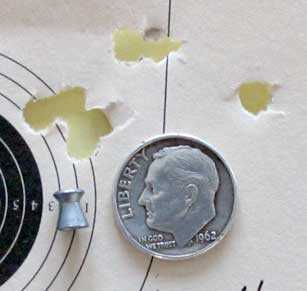 Five RWS R10 Match Heavy pellets went into 1.193-inches at 10 meters. These landed to the right on the aim point, too.

Next to be tested in the Winchester 422 were five RWS R10 Match Pistol pellets. Five of them went into 1.038-inches at 10 meters. 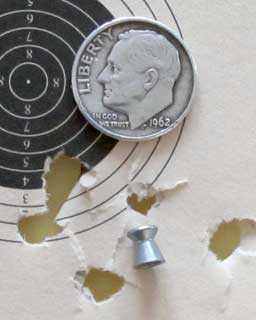 Ta Da! This is the pellet that gave us so much hope in the Winchester 422 in Part 3. I think you will be surprised by what I got from it today!

Today the 422 put five RWS Superdomes into 1.48-inches at 10 meters with four of them in 0.51-inches. The group is not quite as tight as the one I shot with the bent sight but it looks very similar.

The new Superdome group on the left and the one from Part 3 on the right. The new group is larger but remarkable similar to the older one! The new group has five in 1.48-inches with four in 0.51-inches.

I thought I was finished with my testing, but then I wondered what a non-RWS pellet would do. So I brought out a tin of H&N Baracuda Match pellets with 4.50mm heads to see.

The first pellet struck the same target at which I was aiming, but it landed in the white above the bull. That was when I checked the rear sight and found it was adjusted up just a little. So I took all elevation out of the sight and shot a final five-shot group. Five pellets landed in a very open 1.814-inch group — easily the largest of the day. 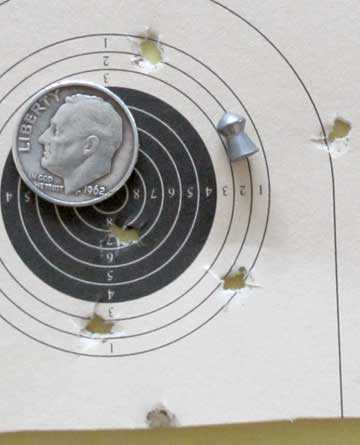 Five H&N Baracuda Match pellets went into 1.814-inches at 10 meters. The shot at the top of the target was the first shot, after which the rear sight was adjusted down as far as it would go.

Obviously I’ve been doing the right thing by sticking to RWS pellets. There may be other pellets that will work but they will have to fit the 422 breech tightly, which Baracudas did not do.

I’m not finished with this air rifle. I’m thinking of a teardown so I can lube the trigger and sear and perhaps the rest of the powerplant. I also want to straighten the barrel so the rifle hits where it’s aimed. The way I see it, there are several more reports yet to come for this little old Diana. 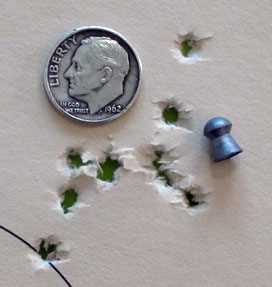