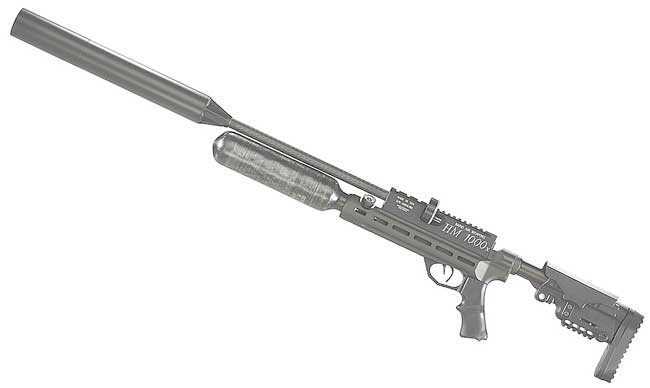 Today we adjust the trigger and look at adjusting the velocity of the .22-caliber RAW HM-1000X chassis system rifle that I am testing.

First I want to direct you to the RAW Knowledge Center. There you will find excellent tutorial videos, as well as manuals, articles about the rifles and the contact information for RAW dealers around the US and the world.

The videos are excellent! I wish I could make them that good. They are clear, concise and each one covers just one technical point. They are only a few minutes long each and are probably much better than a good manual.

Now I have to make a correction to what I’ve been telling you. I don’t jump ahead on any of the tests that I do, so I’m only 24 hours ahead of you when I write any blog. When I learned that the power of the HM-1000X rifle is user-adjustable, I assumed it would be like any other precharged pneumatic with that feature. In fact it is not.

The hammer spring for each RAW rifle produced is custom cut for that specific rifle. And it is cut to produce the lowest possible velocity (in the range of velocities for the rifle, per caliber). Instead of a wide range of power adjustments like we find on most other PCPs, the hammer spring on a RAW HM 1000X Chassis System rifle is supposed to be fine-tuned for one particular pellet. You obviously need to select the most accurate pellet for whatever you are doing, and then adjust the hammer spring tension for that one pellet. In past reports I have been talking about adjusting the power like this is a PCP with a wide range of possibility, but it isn’t.

To make larger velocity changes with this rifle you first need to adjust the regulator. Then when you get that set where you want, use the hammer spring adjustment to fine-tune the velocity to where you want it.

I’ll be frank with you — the HM 1000X rifle is designed to be accurate at long range. This is a rifle that enables you to shoot small groups or bullseyes at 100 yards. The .22 caliber rifle should be just as accurate as the .25 and the .30, but it’s more difficult to see the pellet holes left by a .22-caliber pellet through a scope sight at 100 yards when they are in the black bullseye. Hence the .25 and .30 calibers are more popular in this rifle. But they aren’t necessarily more accurate.

Can this rifle be used for hunting? It certainly can, and it is ideally suited for some kinds of hunting, like woodchucks and prairie dogs. Imagine setting it on a bipod or even a tripod and picking off those destructive rodents while sitting in a comfortable blind.

Squirrels in the deep woods? Not so much. This rifle is heavy and long and not well-suited to treks through the bushes. But for ground varmints like I mentioned, it’s ideal.

Now that you understand the design parameters, you will appreciate why I am not going to sit at my chronograph today and blindly make adjustments. I will show you what must be done, but I won’t do it — at least not yet. If I did I would be like one of those buyers who has a new airgun shipped directly to a tuner before they ever shoot it.

I’m going to ask you to watch the tutorial on adjusting the hammer spring tension on the chassis system rifle. Once you do that you will be up to speed with me for today’s report.

Chassis system is different than the wood-stocked rifle

I realize that you readers all understand that the wood stock is different than the synthetic stock that comes on the same model rifle with the chassis system. But you may not appreciate that to accomplish the same thing, which, in this case, is a hammer spring adjustment, you must go through different procedures. Hence there are two different tutorial videos in the RAW Knowledge Center. I’m not going to show the tutorial for the wood stock adjustment, but if you want to watch it, just follow the link I gave you above to the RAW Knowledge Center. The only difference is how the hammer spring adjustment screw is accessed. 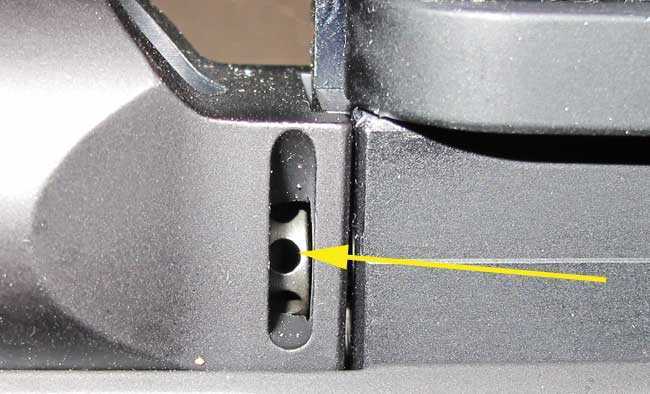 Insert a small Allen wrench into those small holes in the hammer spring adjuster (arrow). Pull down to increase tension and up to decrease.

I reported in Part 2 that the trigger on the test rifle is two-stage. Stage one took 7.8 ounces when I tested it last time and stage two broke at 9.2 ounces. The difference between stage one and two was 1.4 ounces. So that is how light this trigger is. You can forget about stage one. It is so light that you barely feel it. And, when the trigger stops at stage two, all it takes to fire the rifle is 1.4 ounces of pull. I know some of you talk about triggers that are set for mere ounces of pressure. This is one of them! Seven out of ten shooters will fire the gun before they are ready, in my experience. Unless you have a lot of experience with a 10-meter trigger, you aren’t going to feel this one.

So, in the interest of preserving the ceiling and walls of my house, I want the second stage to break heavier. I tested the trigger-pull again today, because it is so light I felt I might have glossed over it in the Part Two test. I tested stage one many times today and came up with 6.8 ounces as the absolute minimum. And 8.1 ounces was where the rifle fired. The trigger was measured lighter today, not because it changed but because I took extra care when measuring it. So the difference between stage one and two is just 1.3 ounces. Notice that the difference between stage one and two remains fairly constant, though the absolute numbers do change.

I want stage two to break heavier. Twice the pressure would be nice but I don’t know if it will go that high. Let’s look at the adjustment instructions. 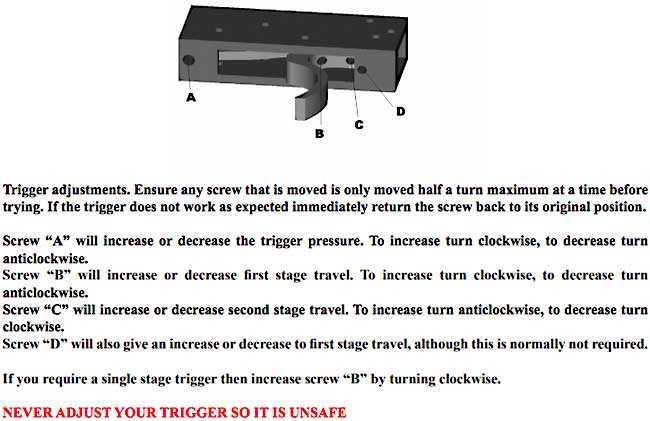 From the RAW manual.

Screw sizes not given

The one thing that caused me some consternation was that the trigger adjustment screw sizes are not given in the manual. The screw that is labeled A in the graphic above — the one that adjusts trigger pull — is not out in the open like the graphic depicts – — at least not when the barreled action is in the stock. It’s deep inside the front of the triggerguard, where it’s difficult to assess the screw size. Since the other RAW screws are metric, I guessed that this one was, too and I finally got the size right on the third try. It’s 2.5 mm.

Screw A to adjust the trigger pull weight is way down deep inside the triggerguard (arrow). It’s 2.5 mm.

Next, after watching the other videos in the RAW Knowledge Center I was primed to make 1/4-turn adjustments to the screw. Nope! You’ll be there all day if you do. So, after two tries I reverted to a good old boy airgunner and cranked it two full turns clockwise. That worked. The test rifle now has a first stage that takes 10.4 ounces and a stage two that breaks at 15 ounces. That’s enough of a difference that I don’t need safecracker’s fingers to shoot safely!

If you watched the video on adjusting the hammer spring tension you heard the man say that making gross power changes requires adjusting the regulator first. Once again, I have no idea of how the test rifle is shooting currently so I’m not about to start twisting screws and adjusting things.

But here is the deal. To adjust the regulator you first remove it from the rifle. The RAW regulator removes by first removing the air reservoir, a 29 cubic-inch carbon fiber air bottle on the test rifle. That is described for you in the following video.

Wow — that was a lot of stuff, and here is why I told you about it today. I misunderstood how the RAW HM-1000X operates and how it is set up. As a result of my misunderstanding, my approach to testing the rifle was flawed. 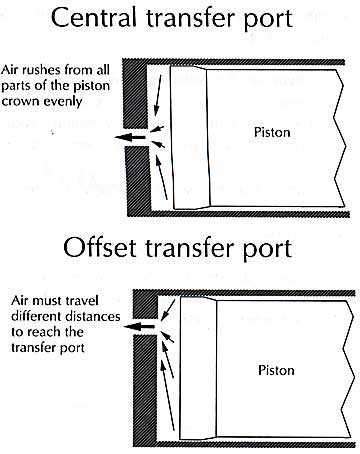 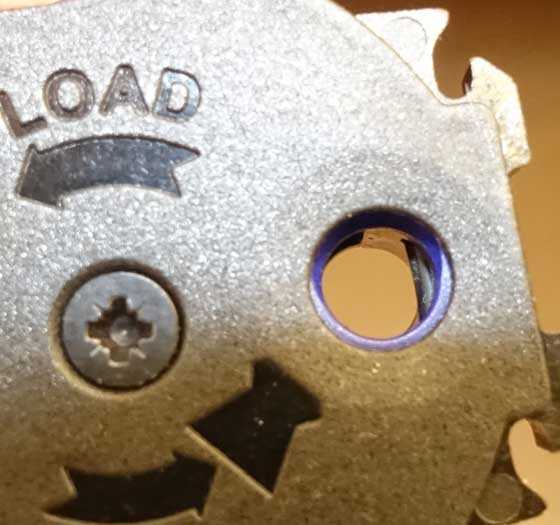