I though that was a great idea. Unless I test it, who knows what the other notches will do? And also there are the two heavy washers that add weight to the piston and more tension to the mainspring. read more 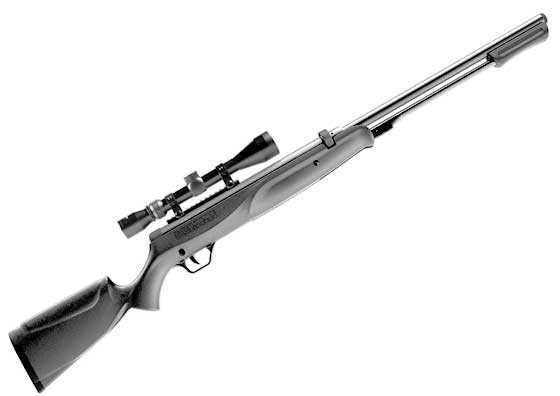 Does it stop cocking after the last pellet is shot?

No, it doesn’t. After the last shot is fired it is possible to cock the rifle and fire it again without a pellet in the breech — dry-firing it. Does dry-firing damage the gun? Not as much as it used to, but it’s still not recommended. You don’t have to treat your dry-fired rifle like a hand grenade with the pin pulled, but neither is it something you want to do intentionally. So, what do you do?

You watch the clear magazine lid for the two dots — red and white — to align. When the magazine is loaded they are off by one chamber/pellet. The clear part of the magazine is pointed back toward the shooter, so, except for the scope mounts getting in the way, this is easy to do. read more

Today I will finish testing the Stoeger S4000E rifle at 25 yards, and what a tale I have to tell you! Grab your coffee and let’s get started.

We already saw the rifle shot at 25 yards and the groups were not that impressive. But I saw a potential that I sometimes see that made me work harder with this rifle for many reasons. Today you will see why I do that and also what it sometimes takes to make an air rifle shoot.

Several readers commented on my Part 4 report. Some commiserated with the outcome but a couple gave me good suggestions for things I ought to try next time. RidgeRunner reminded me to clean the barrel with JB Non-Embedding Bore Cleaning Compound. I should have done that before but I missed it, and thankfully RR was there to remind me. read more

Today will be a different sort of report. I tested the Stoeger S4000E for accuracy at 25 yards.

The scope that came with the rifle came with the rings already attached. Even the scope stop stud had been lowered on the rear ring by exactly the right amount. It took about one minute to mount the scope because so much had already been done.

I began to sight-in at 12 feet. It took three shots and I was on close enough (meaning the pellet struck as far below the aim point as the center of the bore is apart from the center of the scope’s optical path) to back up to 10 meters. There, I was almost perfectly on (meaning one inch low and centered left and right), so after two confirmation shots I backed up to 25 yards. read more

Today we begin looking at the performance of the Air Arms S510XS Ultimate Sporter with Laminate Stock. This is the day we look at the power/velocity of this regulated PCP. The first order of business is to fill the 186cc reservoir to 250 bar. Reader Pelletpopper asked me to fill it with a hand pump to the maximum I was able, because Pyramyd lists a hand pump with this gun. I’m not going to do it. I’ll tell you right now I can fill it all the way, but after about 2500 psi it gets hard to pump. I see no purpose for filling by hand since I would never do it that way. If I wanted an inexpensive way to fill the rifle I would use the Nomad II compressor. read more

Today I start testing the accuracy of the Stoeger S4000E Black Synthetic Suppressed rifle. I will be testing with open sights today but remember this is a combo, and that’s what I really want to test. So today will be a shakedown to learn as much as we can about the rifle.

There are a couple things I want to find out from today’s test. First I want to know which pellet(s) the rifle likes. That way I won’t waste any time when the rifle is scoped.

I also want to discover how best to hold the rifle. The S4000E has a gas spring and they usually make rifles hold-sensitive. Of all the rifles with gas springs I have tested, so far only the Sig ASP20 has not been hold-sensitive. So I began the test expecting this rifle to be sensitive and I was looking for the best way to use the artillery hold. read more 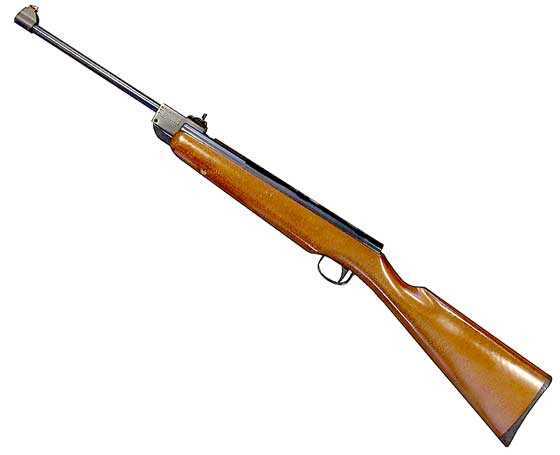 The Beeman C1 I am testing is the airgun I acquired at the Texas Airgun Show this year. In Part one I noted for you all the shortcomings I could find with the rifle, which were many. These are the things I will address as this report advances. So, we will look at velocity today, but not accuracy until I straighten the bent barrel and tune the powerplant.

Today’s test will just establish where things are at this time. Now before we start testing, I want to say a few things. Reader David Enoch said he thought detuning this rifle to shoot a little slower might be a good idea. He was looking for a rifle that cocks easily. I hadn’t thought of that, but it doesn’t seem wrong. read more