I always look forward to the Crosman All American. It’s a great opportunity to see old buddies and meet new ones. It always has had a unique flavor. Back in the day when Ray Apelles set the course it was all full size KZ’s. That is not to say it was easy. Au contrare, there was usually one close and easy target, but the other was usually far in the distance. The old Crosman course also was almost all open ground and the wind would whip around the hills making those far targets a real challenge, especially at sub 12 ft lbs. 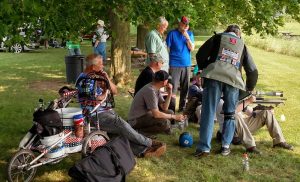 The Thomas Carbine gets some attention and a few trials

The past couple years the shoot has been held at a dedicated shooting facility with a nice clubhouse. One course is on the open field, like the “old days” and the other is set in the woods, thanks to the hard work of Sean McDaniel and crew.

On day 1 I was squaded with Keith Knoblauch and Doug Diver. I know Keith well from traveling with him as members of Team USA to World’s FT competitions. Doug was attending his first FT shoot and is from Canada.

We were pretty worried about rain, as the forecast had been very gloomy, but the weather cooperated and it was a beautiful day. We were in the woods course on day one and there was little if any wind to contend with. In WFTF class the wind is the biggest obstacle to shooting well. In its absence I posted a 60/60 for day one, as did fellow Team USA member Tyler Patner. Keith shot 58/60 and first timer Doug had a respectable 42. I was a bit nervous going in, as I was shooting a Thomas rifle after being a Steyr shooter for 15 years. I had a great year last year and didn’t want to make the rifle looked bad by having an off day. Not to worry, the Thomas is so easy to shoot well my confidence just increased as the shoot went on. 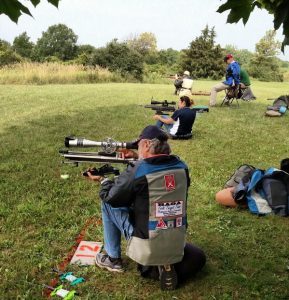 Greg on the tricky kneeling lane on day 2

On day 2 I was squaded with Keith again plus Tyler Patner. Sean followed the time honored tradition of organizing the squads by score for day 2. This is more work for the organizers but makes for some fun head to head competition. 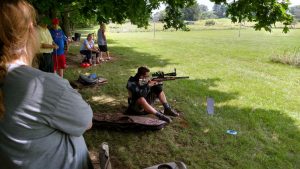 We were on the field course for day 2 and there was a bit more wind to contend with. From time to time I found I had to hold outside the KZ. I managed to dope the wind pretty well except for the long kneeler. I held just outside the KZ for the first shot and the target went down. Tried the same for the second shot and it blew just right at 3 o’clock. I rushed my last standing shot and pulled it out of the KZ. Those were my only 2 misses for the weekend so I was pretty happy. Keith and Tyler went back and forth for the match and both ended up with 55/60 for the day. 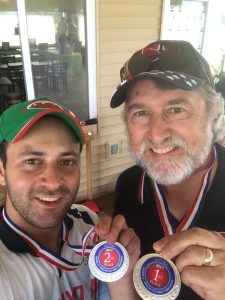 I ended up with 118/120 for 1st in WFTF, Tyler posted a 115 for 2nd, Keith ended up with 113 for third and coming in 4th was my travel buddy and fellow BAGA shooter Brian Boomer Vandenboom. 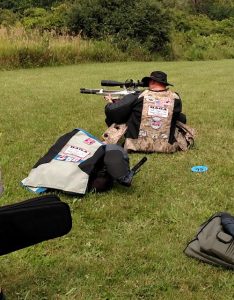