I haven’t written much of anything this season, and for good reason. You see, I haven’t actually competed in a two day grand prix FT event in the US this year. And sure, I went to the World Championships in Poland, but that trip was marred with the loss of my Steyr and I’d prefer not to talk about it any longer. So that left Nationals. Held by the Tarheel Airgun Club in Pleasant Hill, North Carolina the 2018 Nationals was going to be a great one. The club also hosted the 2015 Nationals, so they had some very recent experience to draw from to make the 2018 match a first class event. I drove down with clubmate Ted Andro. Ted has been shooting FT for a few years at our club in Hunter PCP and this was his first nationals. The 8.5 hour drive on Thursday went by pretty quickly, as we talked the whole way down. Arriving to a warm evening in North Carolina.

We woke up on Friday morning and headed to the range to sight in, see everyone and shoot the pistol match in the afternoon. I had brought my Anschutz 9015 ONE HP and Nightforce ATACR 7-35x scope to shoot. I have been running the rifle at local matches and it has performed quite well. It’s a rifle I really enjoy shooting, though I must say, I wasn’t completely sure how it would do over a two day shoot. I took a few sighters on some 45-55 yard targets and found the rifle to be shooting right where it should be. We spent the next few hours catching up with old friends, meeting some new ones and checking out the equipment on the sight in line. I took a few sighters with the custom Crosman 1701P pistol, and headed up to the shooters meeting. I didn’t have high expectations for the pistol match this year, as I have only shot one other pistol match and it didn’t go that well. But, if nothing else, I knew it would be a fun time. I’ll remind everyone that for the last three years I have shot the high score or tied with the top score in Limited pistol. I’d be lying if I said that continuing that streak wasn’t on my mind, at least in some back corner of it.

I was shooting with Lonnie Smith from California, Kevin Enzian from Texas and Eric Brewer from New York. We had a good time shooting through the very difficult course. Pistol Match Director Paul Porch set a barely legal pistol course full of tiny kill zones. I started strong and continued through the match clean (without missing) until we arrived at the standing lane. Standing in pistol is a little awkward, and not something any shooter does particularly well in my opinion. I dropped one shot on the close target and one shot on the far target, two down. I only had a few lanes left after that, and kept my cool to finish the course without missing another shot for a total of 38/40. This was enough to take the top overall score for pistol and the National Championship title! The streak lives, and with my own (albeit shared ownership) pistol! That evening Ted and I went to dinner with Ken Hughes, Rob Seiden, Steve English and Doug Vinson. We laughed, laughed some more, and then started crying because we were laughing so hard. When we left the restaurant, Ted said something like, “This is why I came to Nationals.” It’s a sentiment and feeling that I believe is shared among almost everyone that shoots FT, the camaraderie that you hear shooters cite as their reason for shooting. The shooting hooks you in, but the people keep you coming back! Hearing Ted say that, made the entire trip worth it for me.

We arrived back at the range Saturday morning and the sight in line was packed. I took a record 10 shots on the sight in range (that’s a lot for me) and everything seemed okay. Hindsight being 20/20, I should’ve taken more….I’ll explain shortly. We started on the more open of the two courses. The firing line was a straight line in an open field bordered by woods on both sides. Lanes alternated from right to left, so if lane 1 was shooting to the left, lane 2 shot to the right. Rifle Match Director Chris Corey did a great job of setting a course that was visually challenging to the shooter. The left side only had about 10 yards of open area before the woods, while on the right side there was about 30 yards fully open before the woods started. The course was set similarly to a European style course, which required you to change your position within the shooting box when moving from the first target to the second. I personally like this as it gives you different wind looks and keeps you focused from shot to shot, at least for me. All of the targets were numbered, which was a nice touch. It also gives the MD the ability to mess with you a little bit more than usual. I was shooting with good friend Doug Vinson, Mike Harris and Jim Wilcox, we started on lane 10. I started strong, cleaning my first four lanes including standing. Then some issues began to creep in. I made two bad wind calls on one lane, which I can live with. As we headed to lane 1, we began encountering small kill zones. For those that may not be aware, here in the US, we shoot ⅜” KZ’s at the smallest. And this is where that statement about shooting more on the sight in range comes in. I took one shot at 10 yards, it seemed okay, I should’ve checked 15 yards as well. I was off enough to clip the edges of the kill zones on many small targets between 10 and 20 yards, and the bleeding began. I don’t think I cleaned a lane until we arrived at kneeling. So the only real positive on the day was that I cleared all of my positional shots. But by the end of the day, I had dropped 15 shots for a total of 45/60. With 7 shooters in WFTF PCP tied at 51 (top score for the day), it was safe to say I was out of the running.

We headed back to the clubhouse for lunch, the annual auction and AAFTA meeting. We had fried chicken, Carolina vinegar pulled pork with a few sides that brought everyone back from the exhausting heat we shot in. There were a ton of awesome items for the auction, the Tarheel club did a fantastic job of getting donations from companies like Air Arms, Walther, Umarex, Sightron, Pyramyd Air and many many others. I believe they raised over $7000 when everything was said and done! The AAFTA meeting was probably the shortest I can remember. As the current Chairman of AAFTA, I can say that 2018 was a very tame year compared to the last few. We had 5 candidates for the Board of Governors (myself included) and the clubs elected Chris Corey and I. We also had two good potential host clubs for the 2019 Nationals, the Bayou Airgun Club and Ashland Air Rifle Club, both former National hosts. The BOG chose the Bayou Airgun Club, which it sounded like a lot of shooters were very excited about. Considering the last time they hosted was 1997, and seeing as the Cajun Classic is one of the more popular Grand Prix matches, I am excited to see what Baton Rouge holds in 2019!

Sunday morning was warm and humid. I spent the necessary time on the sight in range checking my closer distances and determined how many clicks were needed to correct for the changes I saw on day one. We were on the woods course, which was a bit more technical than day 1. By technical, I mean smaller kill zones. Lanes 1-5 were in an open area on the range, while the rest were in the more protected woods. Starting again on lane 10, there was not much wind to contend with, so it was really just a matter of holding still and making clean shots. I did flinch just enough on lane 14 to give up a shot, but outside of that, things were going well and the click correction on the close targets was doing the trick. There were some tricky winds on the open section (lanes 1-5) which added some difficulty to the kneeling lane. I dropped one there and another on a small kill up close that I wasn’t sure how many clicks to correct for as it was an in-between distance (I think 12.5 yards). Three down heading back into the woods with the standing lane still looming. I missed one of the long standing shots (about 40 yards) but managed to hit the other, and then missed the closer target up in a tree twice. No clue how I missed it once let alone twice, but it is what it is. I managed to hold on to finish the day 6 down on a 54. Greg Sauve turned in the high score of the day with a 57 to retain his National Champion crown.

There were a few entertaining shoot offs, then awards were given out. Once completed, many decided to get on the road as folks have long drives to get home and need to be back at work on Monday. Ted and I stayed behind along with many others and helped get targets pulled and strings wound up. Many of us went to dinner that evening before saying our final goodbye for the year. Another season in the books, and not one I will soon forget. Though that is more for the negative stuff than the positives. But I’ve learned to take it in stride, because that’s life and there’s not a whole lot you can do but get back on the horse when you get knocked off. So that is what I plan to do, this winter will be spent practicing and perfecting set ups. Rest assured, come the start of the 2019 season, I will be ready to knock targets over. To my FT friends, both new and old, it has been a pleasure sharing the lanes with you and I truly look forward to the next time we do it. Whenever and wherever that may be, I’ll leave this as I usually do….

Shoot safe, and see you on the lanes! 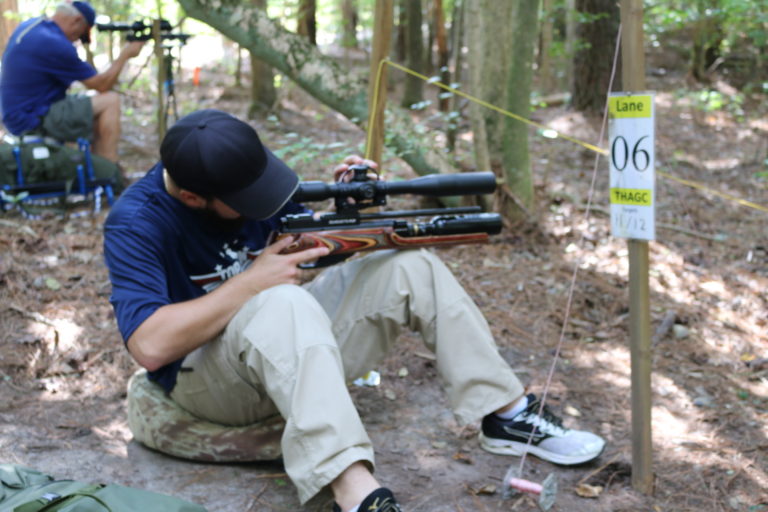 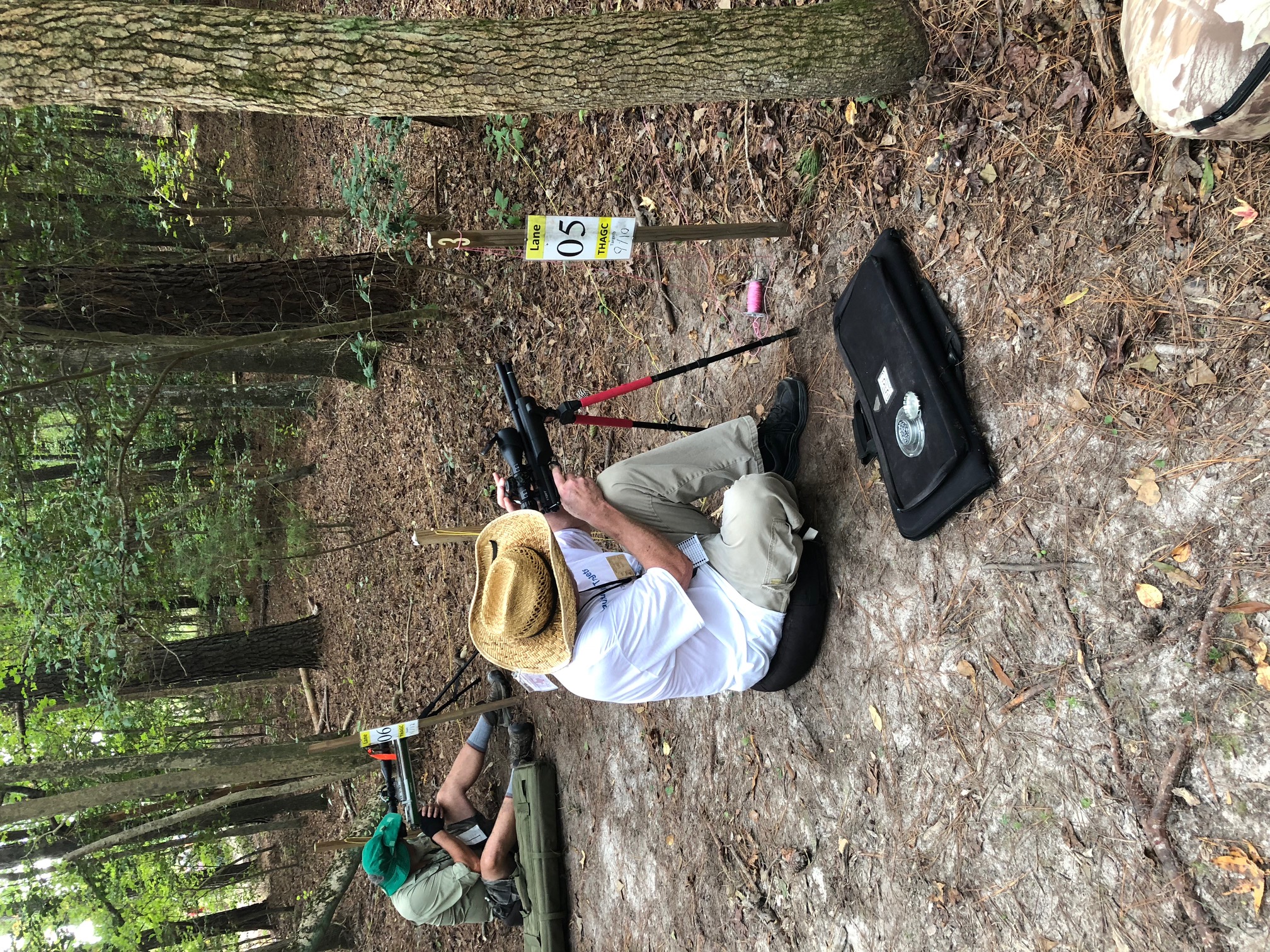 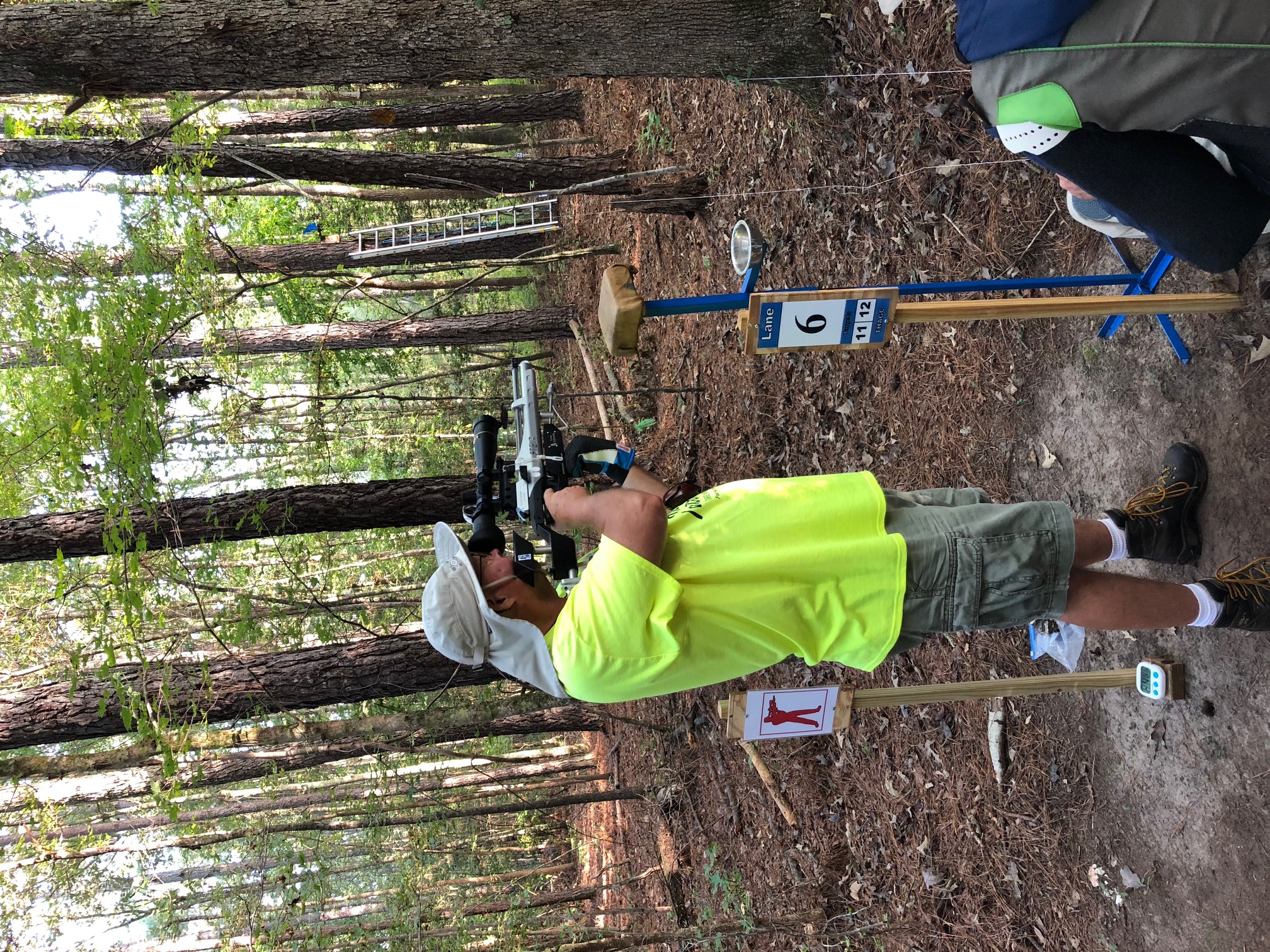 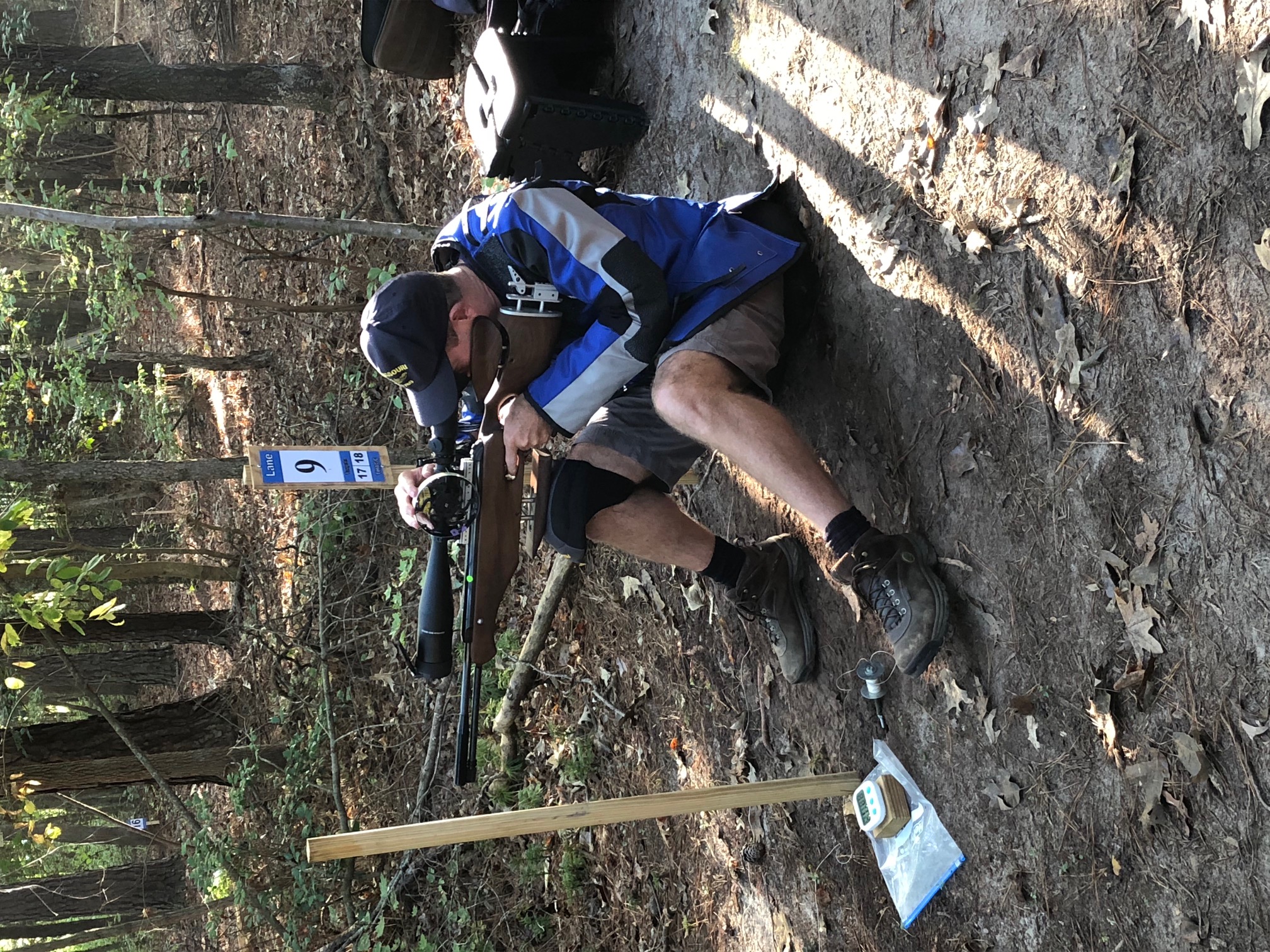 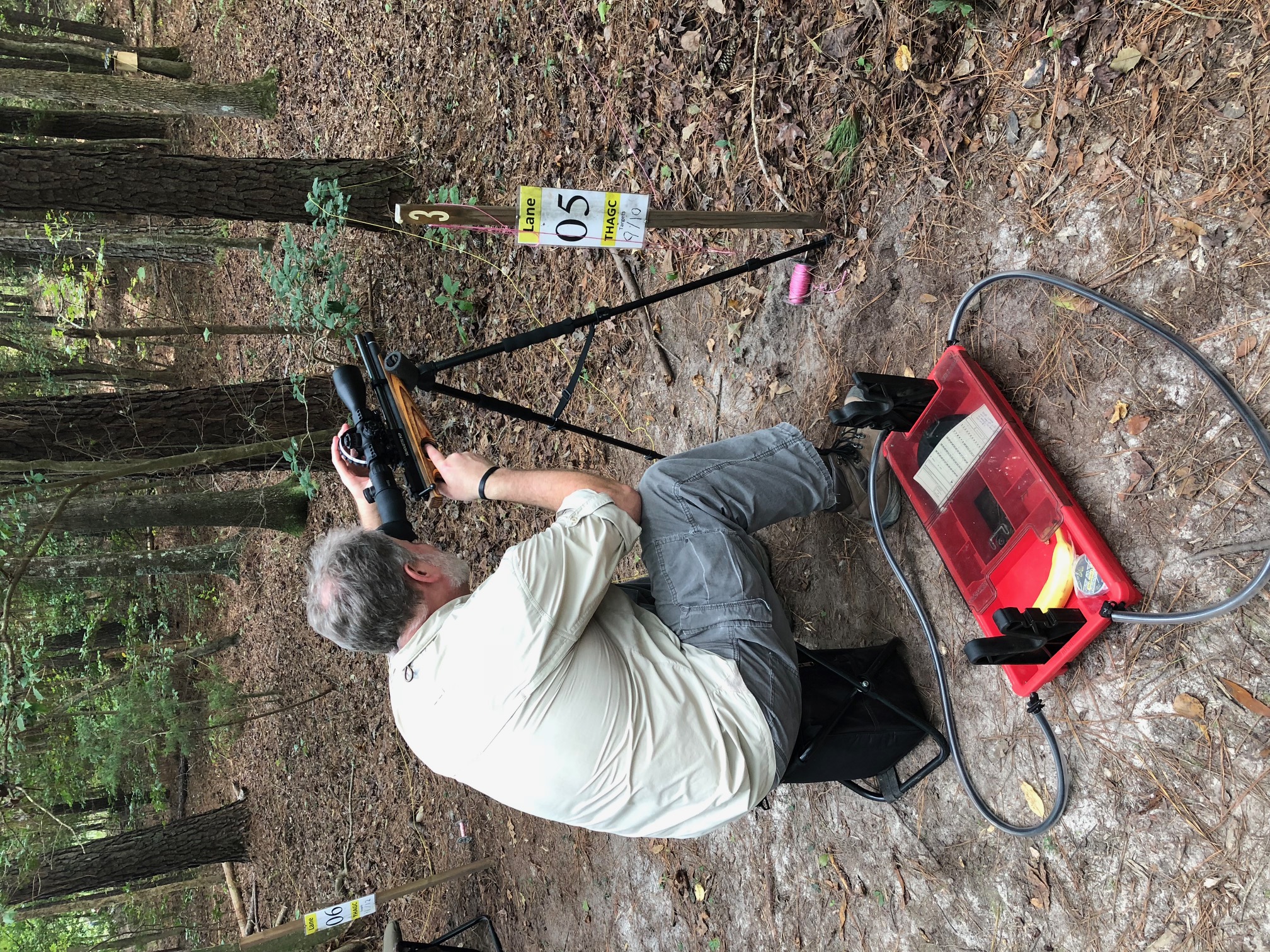 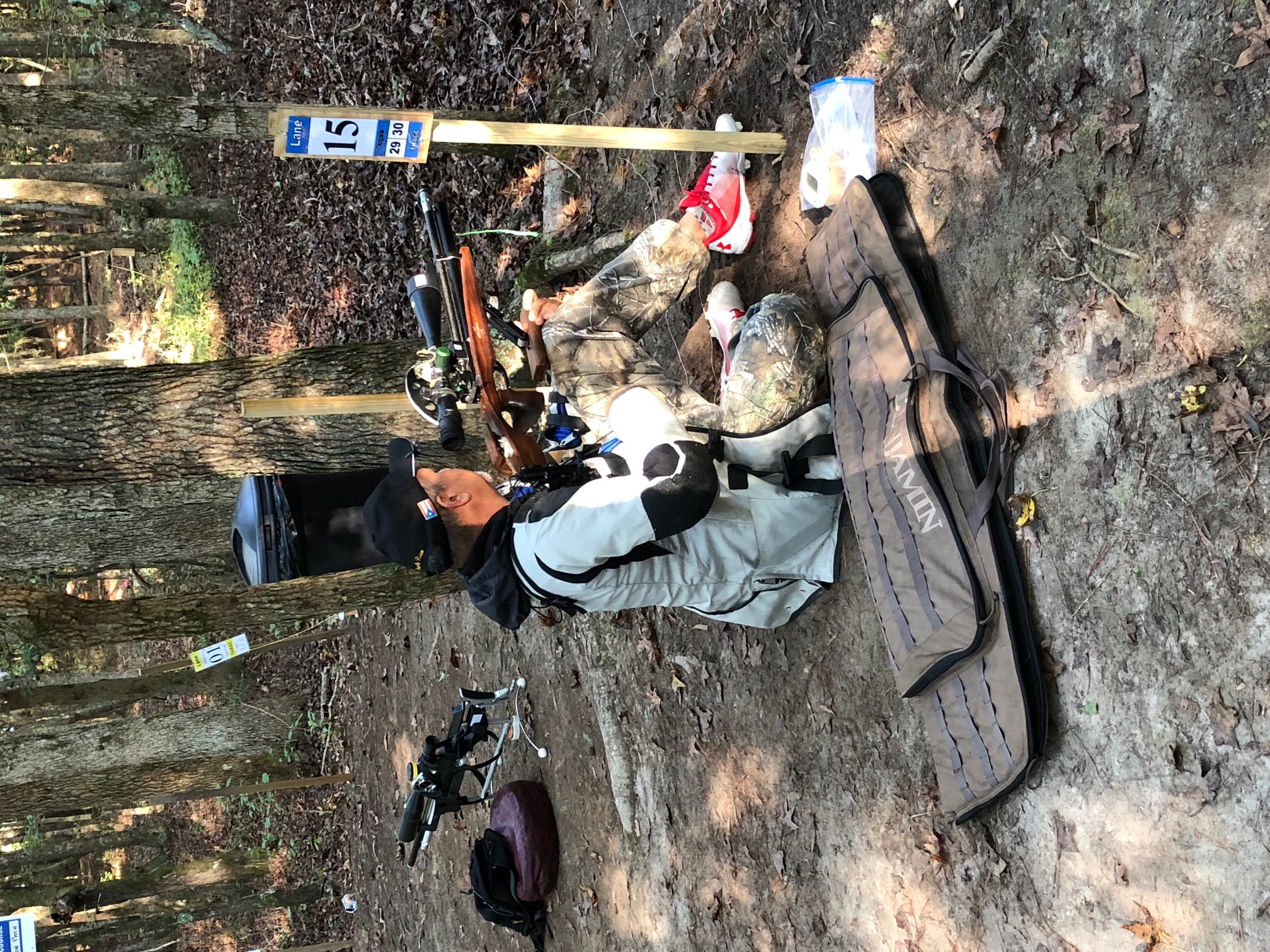 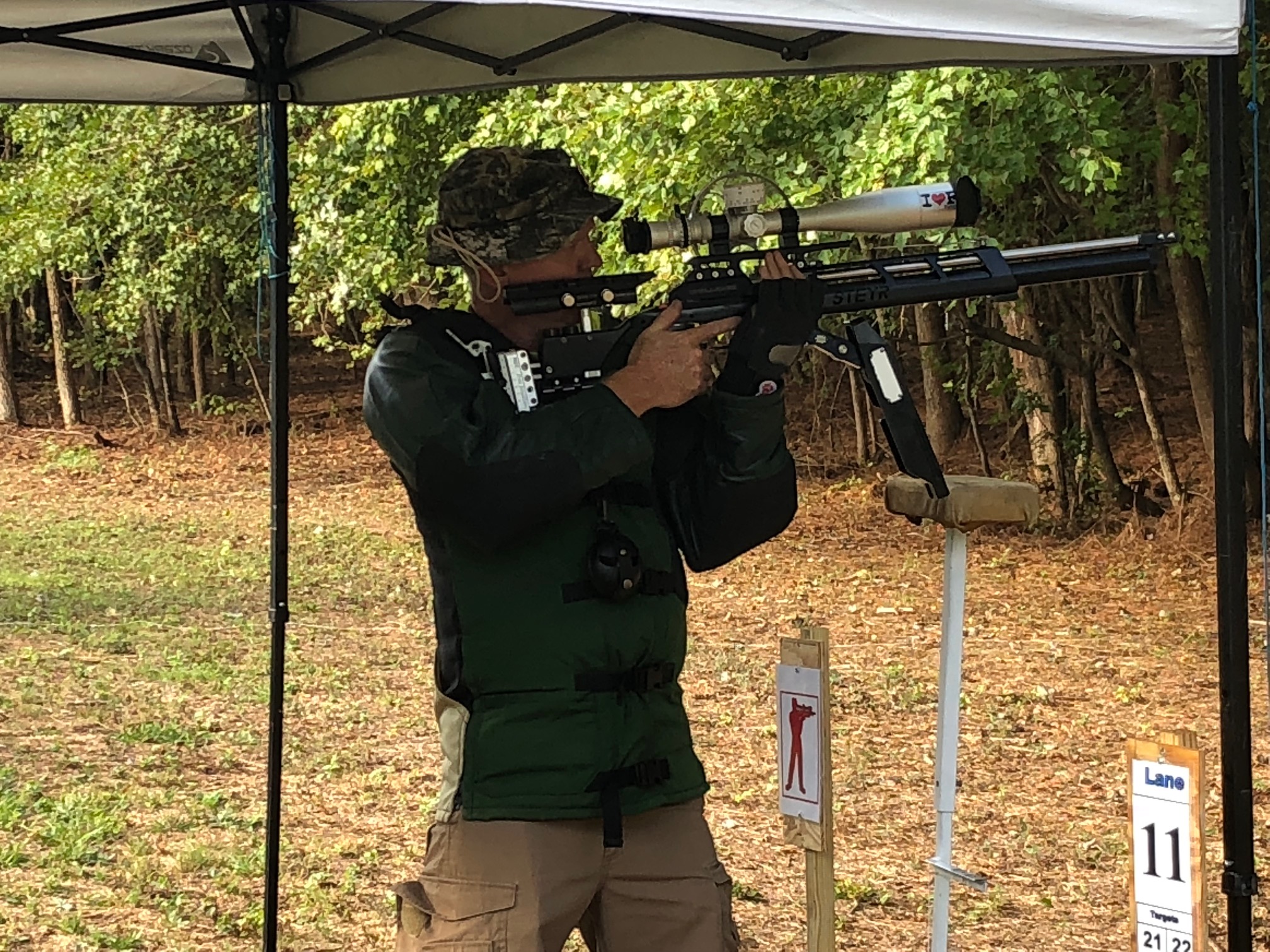 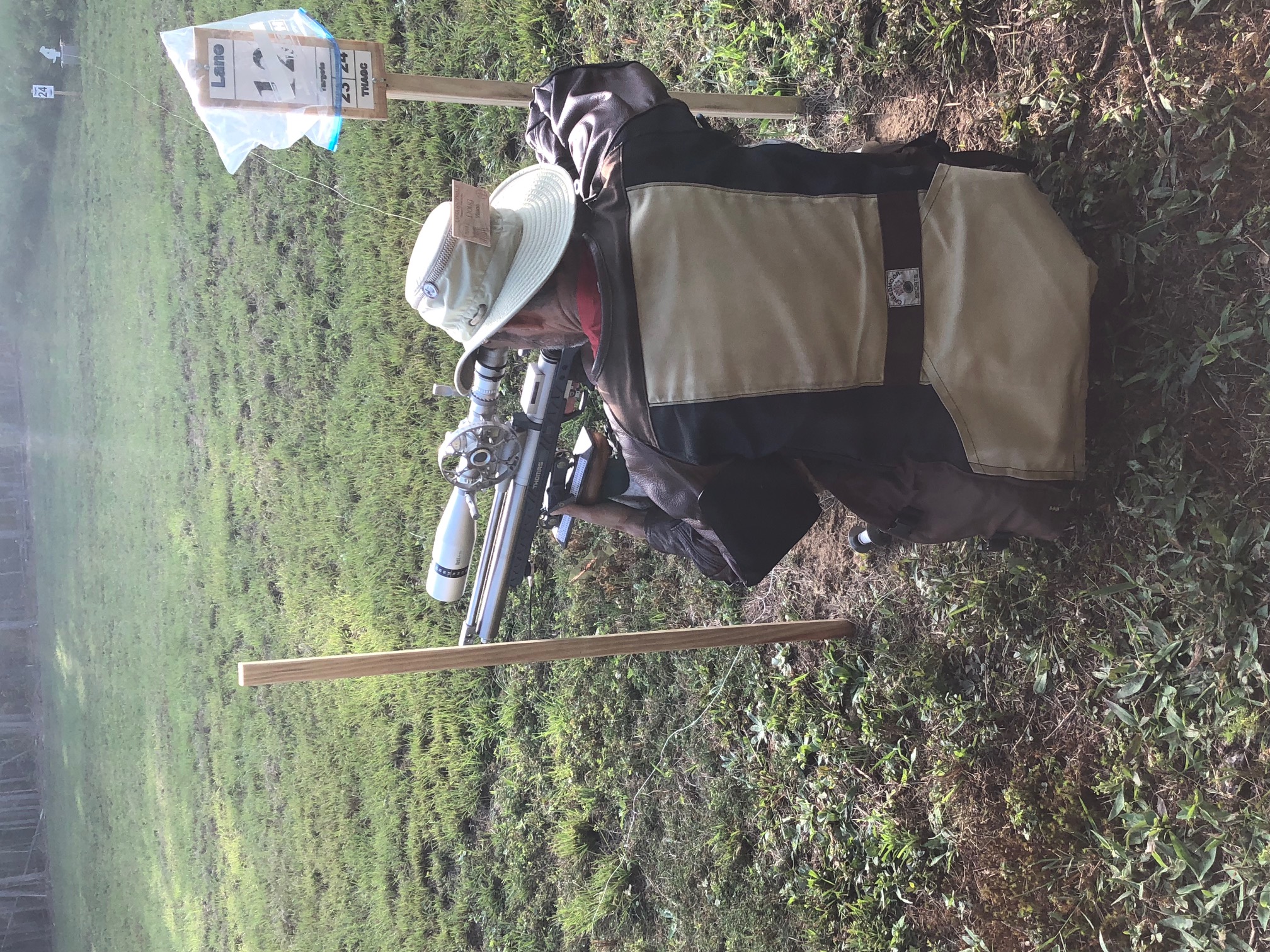