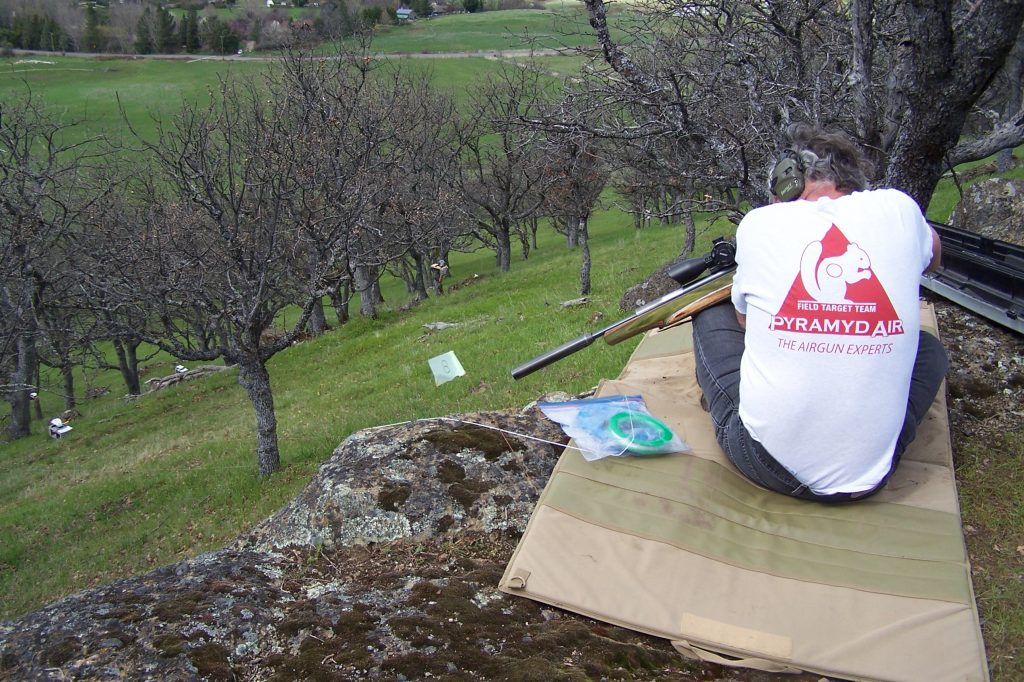 Scott battling some steep declines on the course

A new club in Oregon was hosting it’s first Grand Prix match, at a new venue, in early Spring. The forecast leading up to the match was not looking good. It was not going to be Spring like weather. I was still determined to compete, so I made arrangements to hitch a ride with two other California shooters who were making the trip. I packed my wet weather gear and made a two hour drive to Lemoore, in the central San Joaquin Valley, California. John Knapp and Terry Eannetta from farther down south would stop there to pick me up. And then up Interstate 5 to Oregon. 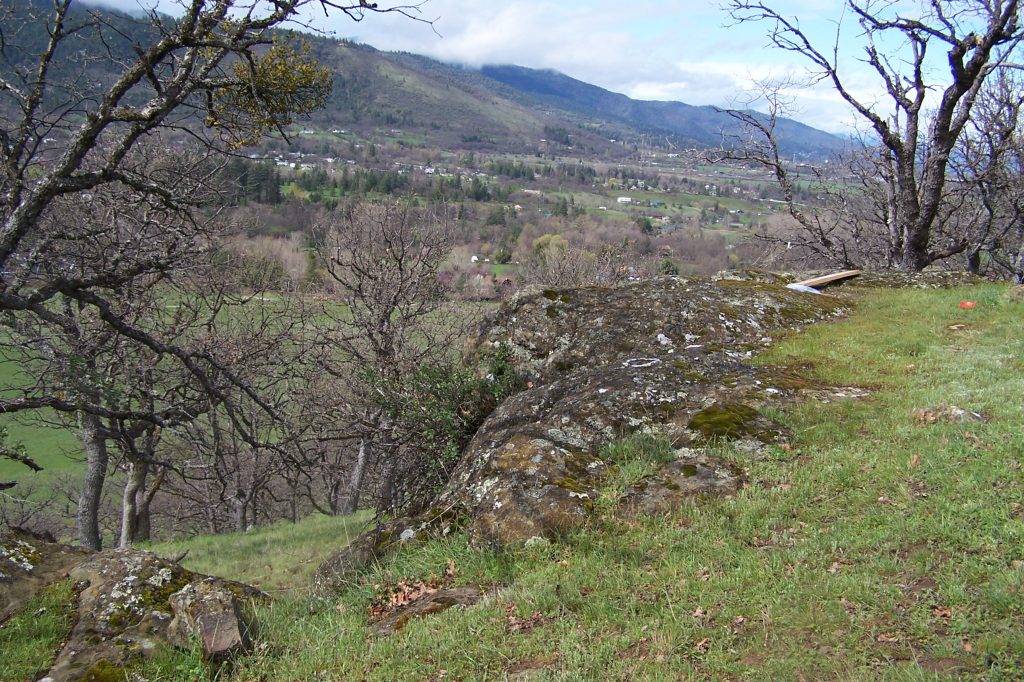 View of the terrain of the venue. Lots of downhill shots

It was Thursday evening when we arrived at the top of the hill overlooking Immigrant Lake to the East and Rogue Valley to the West. We planned on evaluating the course and getting in a little time on the sight-in range. Elevation on the hilltop is about 2300 feet. Higher altitude than I normally shoot, but not too high for spring guns. I would be one of only two competing in the rifle Hunter/Piston class on Saturday and Sunday.

Randy Ebersole was the match director, hosting his first AAFTA GP match. He proudly showed us his course layout. 26 lanes, 2 targets/lane, and 1 shot per target. The course was daunting with steep inclines on many of the long shots. I have used the inclinometer on my Marauder, but never put one on my piston guns or pistols, thinking it would be overkill for the so few truly steep shots typically encountered. Now I wish I had brought one. Fortunately, I was shooting in the less intimidating pistol course on the day before the rifle match. There were still some steep pistol shots, but only out to 35 yards. Back at the motel, the three of us worked out some ranging and compensation data, using Chairgun on my iPhone. The notes on incline compensation would come in handy during the next three days of shooting. 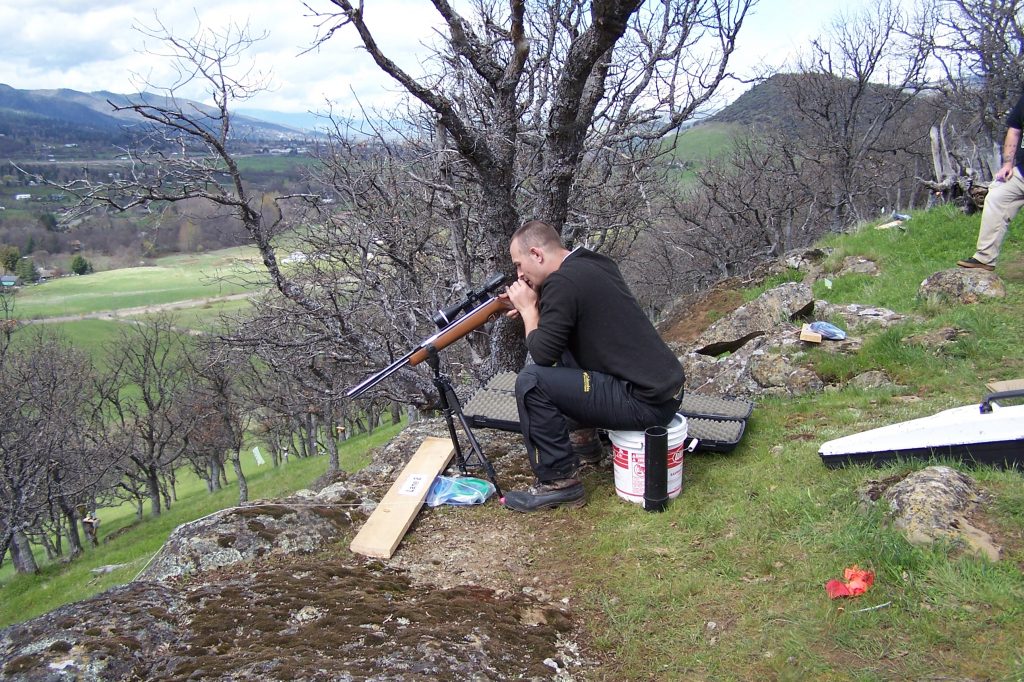 This is some serious downhill shooting!

The fair weather was holding on Friday as the pistol match got underway. I was squaded with Randy and was looking forward to the enthusiastic and friendly competition that he always delivers. We traded off the lead throughout the competition. The targets were labeled by shooting order, but Randy still shot one target out of order. I bested Randy by one point for the overall pistol win 🙂 I was pleased to shoot an 80% on the pistol course.

Saturday brought intermittent sun and still no rain. Winds seemed a little stronger. I was squaded with Jacob Sumner. Jacob was the only other piston shooter and was using a borrowed HW97. Jacob shot very well that first day, ending the day three points up on me with an excellent 25/52. We had speculated that it was going to be tough for anyone to get a 50% score. One of my traveling companions, John Knapp easily surpassed that, with the highest score of the day, 38/52 in the Hunter/Pre-charge class. 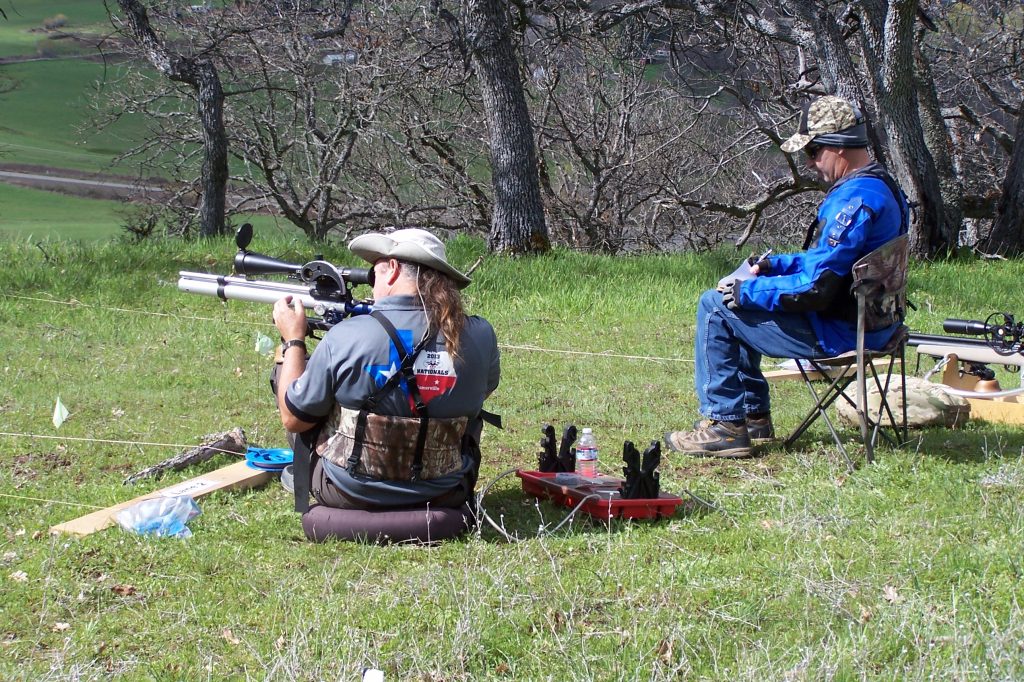 One of the few level lanes on the course

Sunday started cold/wet/windy. The rains held off for most of the match but the stronger winds brought lower scores for some. Jacob and I were again squaded together. With me down by three, Jacob held me off for about half the match. I got a good streak going and ended with a satisfying 28/52 for the toughest day and a 51/104 for the match.

I’m going to work on my incline data some more and bring an inclinometer next time. 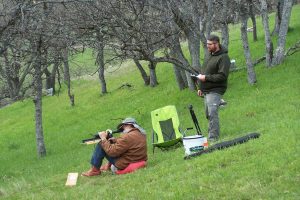 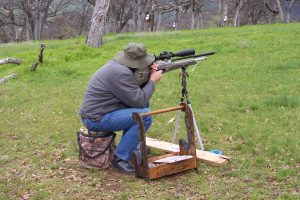 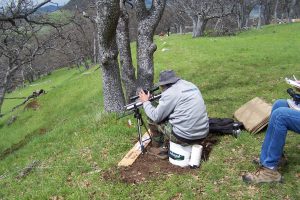 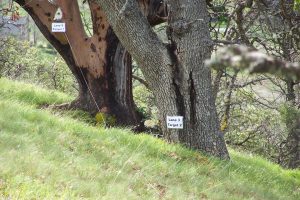 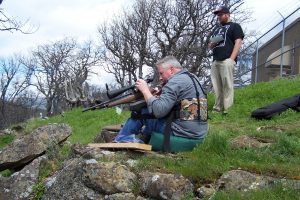 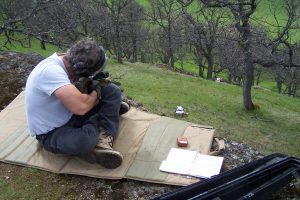 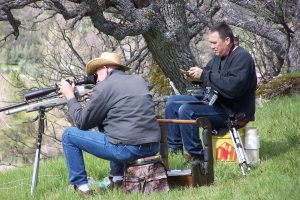 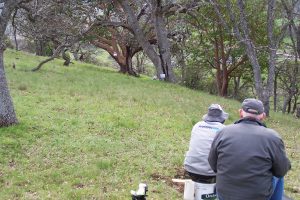 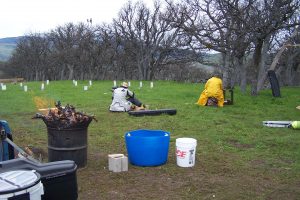