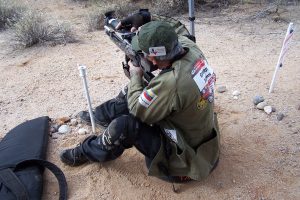 The 2017 AAFTA National match is in the books. Held in the Arizona Desert outside of Phoenix, it was an extravagant affair as far as USA field target expectations. The course was set among classical looking desert cacti, sand, and rock. 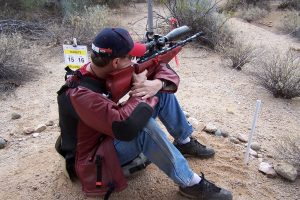 The best shooters in the country were at this match, so there would be plenty of high level competition going on in the various classes. This report is mostly about my own personal trials and experiences at the match. 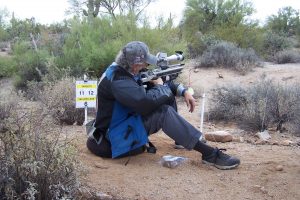 The first match was the pistol match held on Friday. That was going to be my main event as I had decided to concentrate solely on winning the pistol match at this years Nationals. For the last few months, I had been shooting every rifle match using my Marauder based pistol. I was also in contention for the Pistol Grand Prix Championship. My closest rival at pistol matches on the West Coast was Randy Ebersole who was currently leading the field in Grand Prix Points. I knew that in order to overtake him, I would need to have the overall high score in the pistol match, AND beat him by at least two points. I was ready but knew that the off-hand shots would probably make or break it for me. The weather was great, and the course looked welcoming. I typically don’t use a bibod with a pistol, but had signed up for Hunter Pistol, just in case the course dictated the use of a bipod for target visibility. Target visibility ended up as a non-issue on the pistol course, so I was able to shoot the entire match without the aid of the bipod. I swept through the free position lanes and with some luck, was clean. Typically, I hit about 2/4 of my off-hand pistol shots. With a little bit of good luck, I’ll sometimes hit 3/4 off-hand pistol shots, and I have cleaned the standing lane on occasion. Well – I wasn’t lucky this match. Instead of the usual 2/4, I only got 1/4 on the off-hand. As we exited the course I heard others scores and had my hopes up. Best I could tell, I was tied for first and it could be decided by shoot-off that afternoon. I was also ahead of Randy by two. But then I heard that there were some unresolved target protests during the match. So the final scores would need to be recalculated. Later that night, back at the hotel room, my traveling companions and I looked up the final scores. My score was the same, but some other shooters had been awarded additional points. I ended up in second. No GP win, No National title – darn. Disappointing, but I realize now that the only thing I should be working on with the pistol, are my off-hand shots. Next year I’ll double down on the pistol. 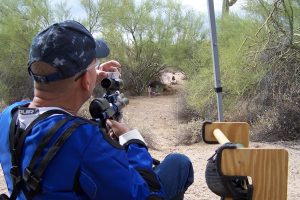 The next two days would be spent on the rifle course. The pressure was off as I had only brought my pistol to the match. I’d be shooting my Marauder pistol on the rifle course, so I had no realistic expectations of winning. I planned on having fun. By pistol standards, the rifle course would be way beyond expert level. If I finished mid-pack, I’d be happy. I hit most of the close targets. The far targets had a few with visibility issues, but I declined to use the bipod and simply looked for the best shot filtered through the vegetation. Shooting at 720fps, the pellets are dropping fast by the time they reach the far targets. Hitting anything beyond 45 yards is thrilling. I got a few thrills. I ended the two day match with a 73/120. Down quite a ways from the average PCP rifle shooters, but right in there with most of the piston shooters. 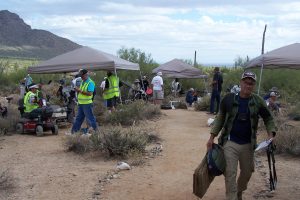 After the match, as usual I reflected on the year and started making plans for the next season. I’m already looking forward to field target in 2018. 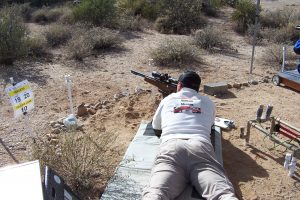 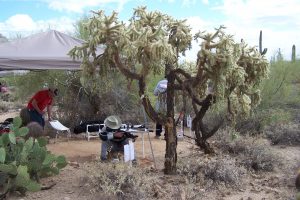 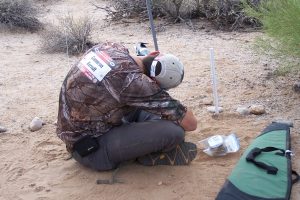 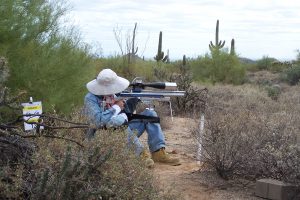