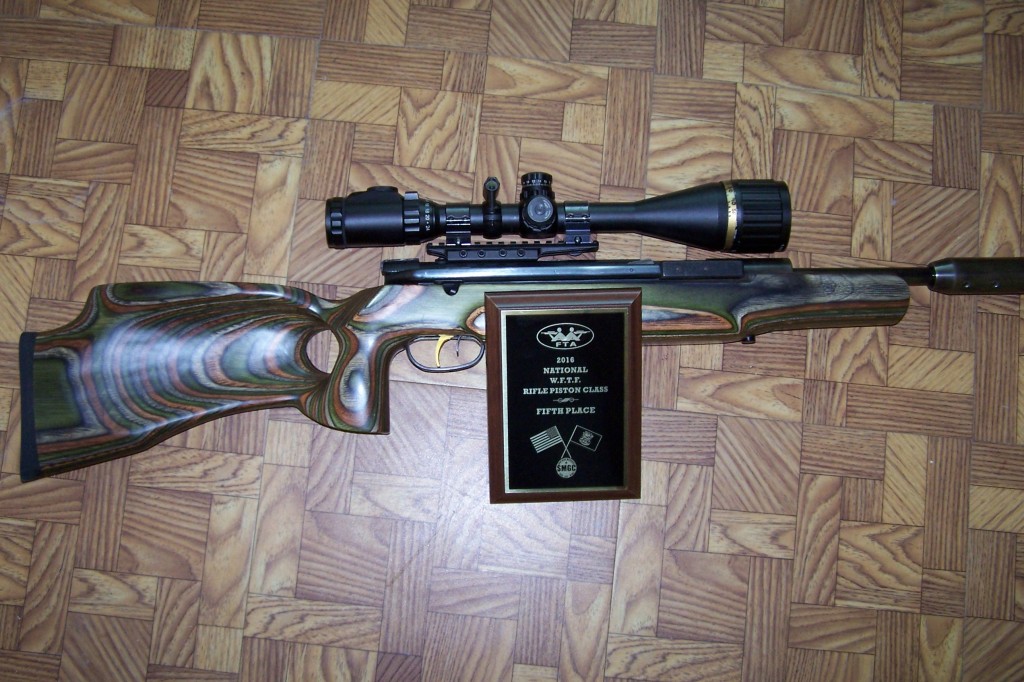 The 2016 AAFTA Field Target Nationals was held in Mattawan, Michigan. I don’t fly to matches, so as is typical for us West Coast shooters, it meant a long road trip. I decided to once again join fellow Californians, Chris Merrit and Jim Whittlesey for the trek. It was a 5000 mile, door to door trip for me. On last years trip, we had made some stops and took some time to recover. This year, it was straight to the match with no down time. 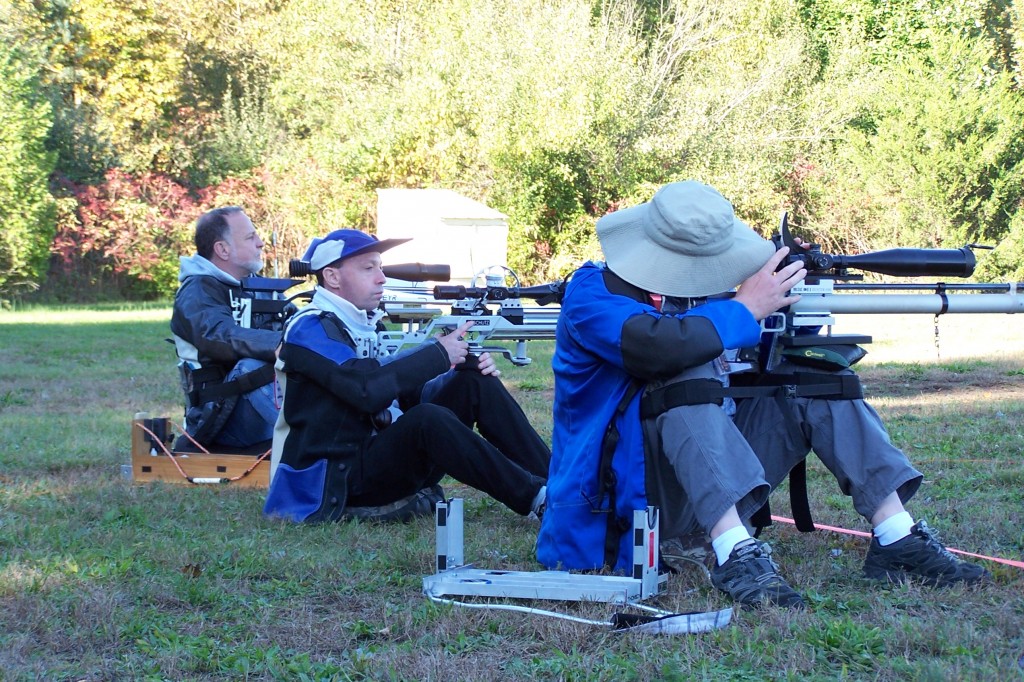 Shoot off for Open PCP between (Far to Near) Will Piatt, Vlad Berchanskiy, Jim Whittlesey

We arrived at the range on Friday after spending two nights and days in Chris’s king-cab pickup. We had some time to sight-in our rifles and then find our motel. One welcome night of sleep and then the big match in the morning. 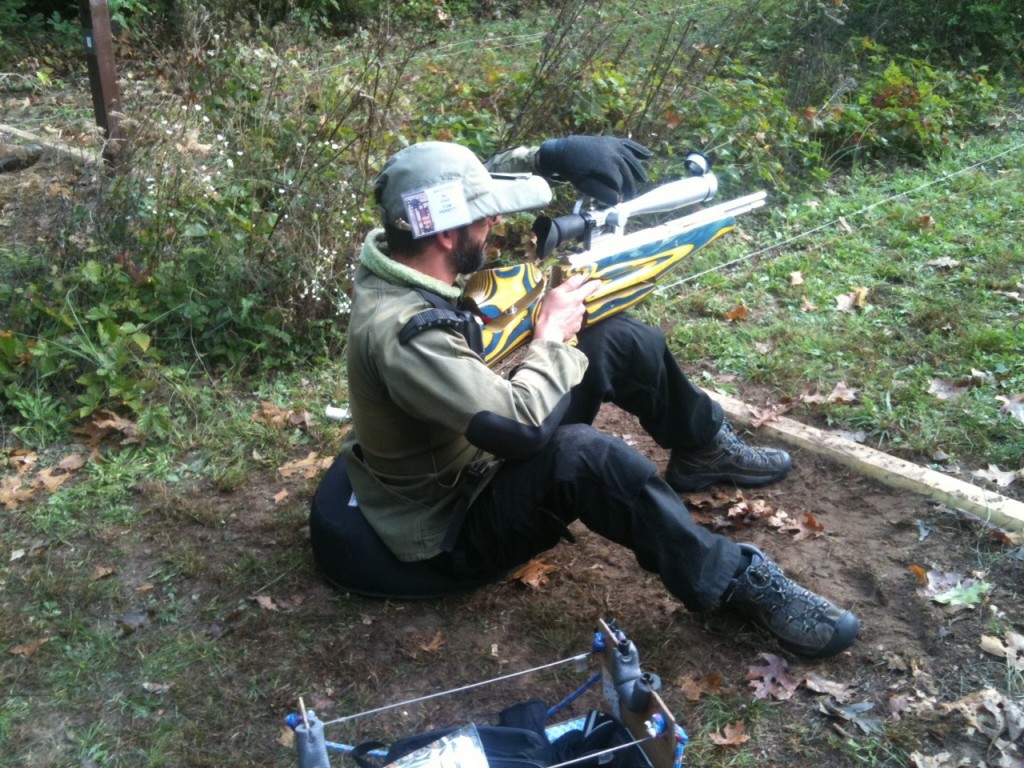 Strong winds were predicted for the first day. The low power WFTF and piston shooters were on the yellow course. I was squaded with Luis Nevitt from Venezuela, and Matt Sawyer. I started out OK on the far lanes, but encountered some severe glare on lanes 1 through 4. I ended up shooting lane one with the scope on the 6x magnification setting (lowest setting), just to see the targets. I missed all four shots on that lane. We were required to chronograph our rifles at that point, and mine registered down 30fps. My first thought was of a broken spring. The velocity loss would require some additional holdover on the long shots. As I moved along, the sun rose some, and I was able to adjust my scope back up to 12x, and then 24x. Note to myself – install a sunshade on my scope! From then on, there were strong winds to contend with. I had earlier decided to go with my more accurate AA 8.4 pellets as opposed to my H&N 8.5gr. The H&N had proven significantly better in then wind, so in hindsight, I had made another incorrect choice. Another note to self – assume there will be wind! The combination of my inability to read the wind, and loss of confidence in my rifle’s trajectory made for a lot of misses. Matt Sawyer was in the same WFTF Piston class as me and ended fairly well, at least compared to me. Saturday’s scores were not posted, but I asked around, and soon realized that I had finished day one near the bottom of my class. 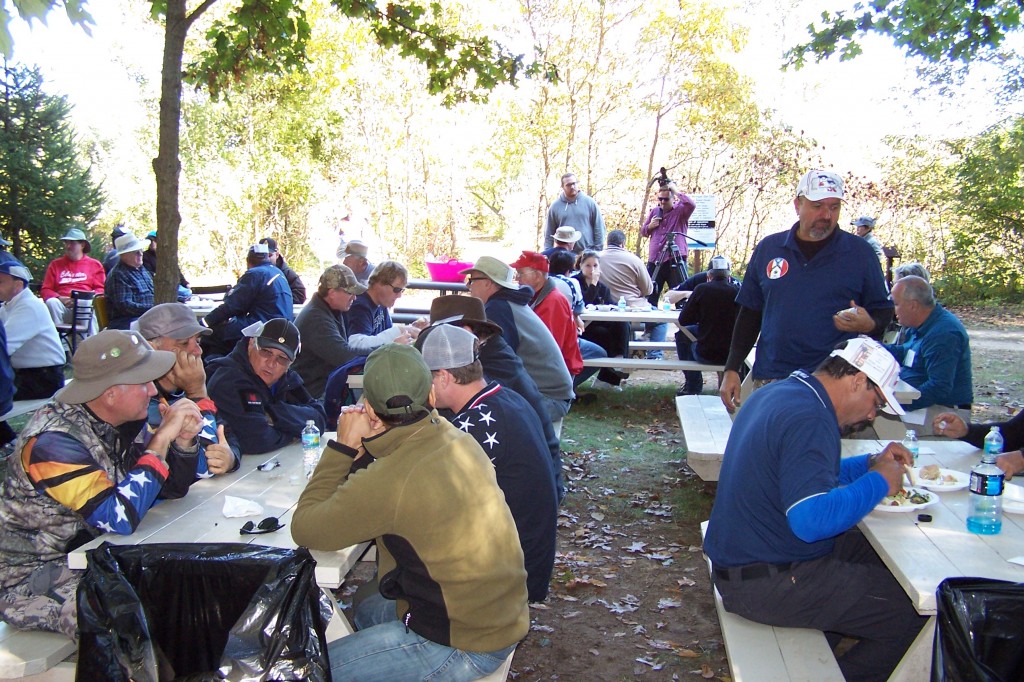 After lunch, I gathered with a few others at the sight-in range. After the days problems, I wanted to get on top of things. The winds calmed down on the sight-in range and I soon discovered that my rifle was hitting almost exactly where it should even on the long shots. Another note so self – don’t make trajectory adjustments based on an unknown chronograph! I vowed to do better on day two.

On day two, I was on the red course squaded with Manuel Morales from Puerto Rico, and Pyramyd Air team mate, Tyler Patner. Manuel was shooting in the same class as me and is a good shooter, so we had some good competition throughout the day. The red course was more protected and the winds were much lighter than the previous day. I had a couple of bad shots but only made one real mistake. I got distracted when my timer acted up and I misranged the next target badly. 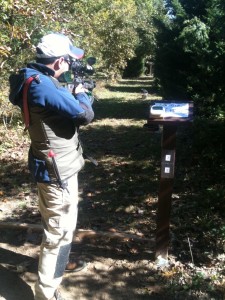 Tyler on the standing lane 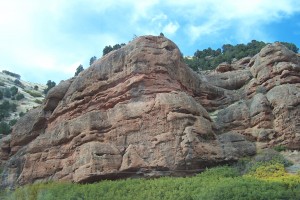 Some scenery on the way home 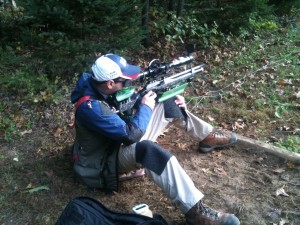 I ended with the second highest piston score for day two only. Combined with my low score from day one, it moved me up to fifth place in WFTF piston. After doing poorly on the previous day, I was very pleased with my performance.