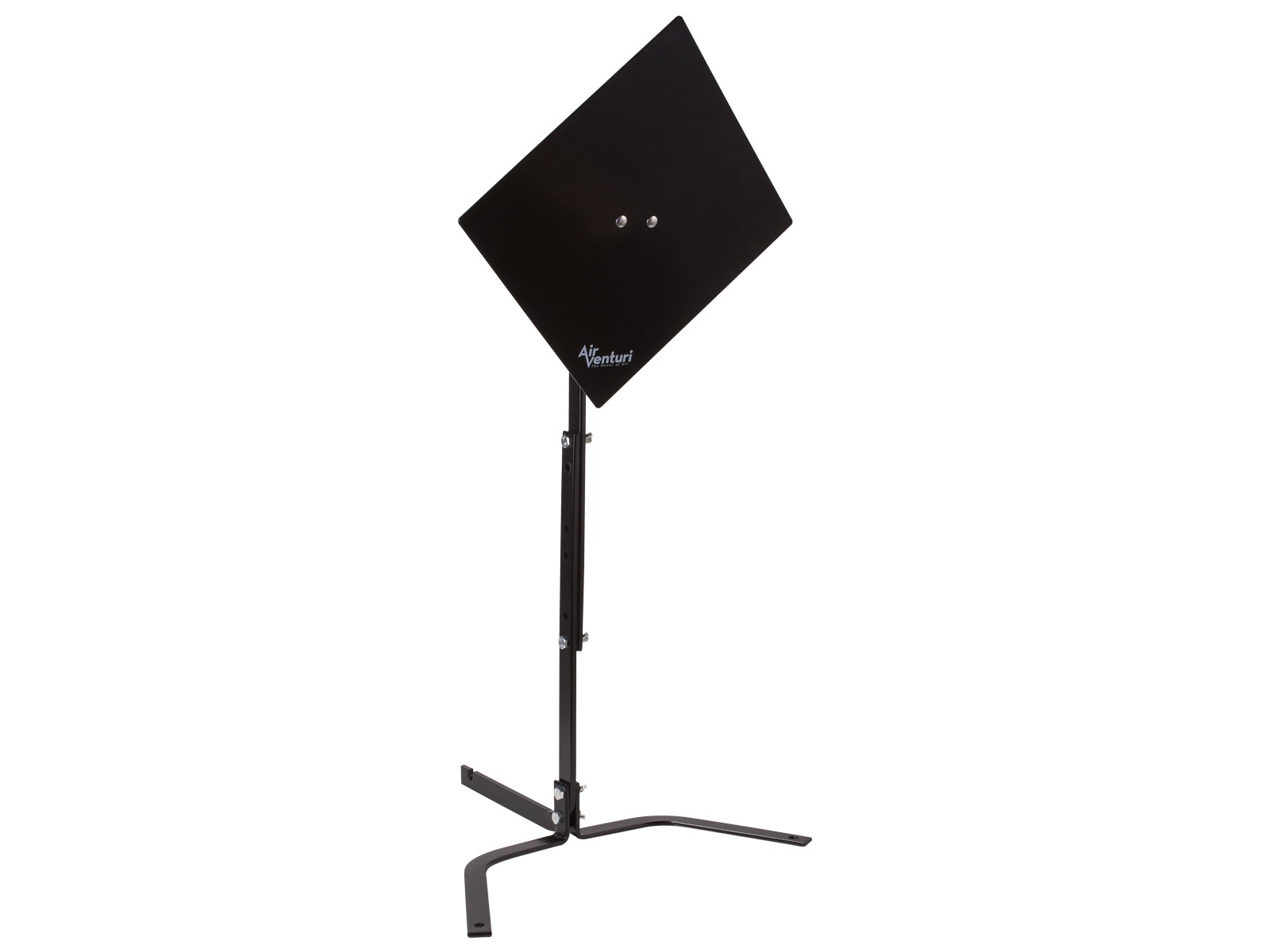 Does just what it's supposed to. Pellets, BB's deflect downward instead of random angles. This doesn't mean you can forgo shooting glasses at shorter ranges but with any kind of soft ground (ie grass) there shouldn't be any ricochet problem. I use mine in my shop with BB pistols. I put down a movers blanket about 6'x8' in front of the target and I've had no bounce back from appox. 7 yards.

I would like to have one a little larger say 18x18 or so.

It's large that's for sure. Price was right. Free.

The two support legs did not come with the target. Maybe that's why Pyramyd gave these away.

Gong type target. it's BIG for an airgun target.