First, the rifling broach
Before we begin, let me explain something I left out of Part 1, where I talked about cut-rifling. I explained how cut-rifling works, but I didn’t include the high-speed modern way of doing it, which is the rifling broach. Instead of just one cutting surface, a broach has cutters for every rifling groove, so it cuts them all at the same time. And, a gang broach, like the one shown, has progressively deeper (higher) cutters behind one another, so the entire barrel can be fully rifled in a single pass. Broach rifling is the modern, cheaper way of doing cut-rifling, however, the cutting broach takes a long time to make and must be sharpened often on all cutting surfaces. A small shop making all different calibers still cuts the grooves one at a time. 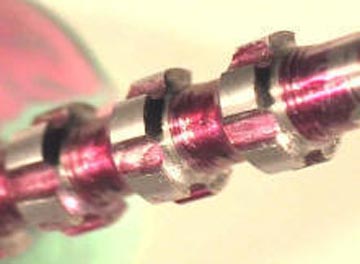 This gang broach can rifle a barrel in one pass. It is a chore to make and keep sharp.

Button rifling – faster and cheaper
Another way to rifle barrels is the most popular method used today. The button rifling method doesn’t cut the rifling pattern – it irons it into the barrel! A carbide tool called a button is either pushed (most common) or pulled through the barrel. As it moves, the hydraulic head also turns at the desired rifling twist rate. It is correct to say the button engraves a reverse of itself inside the bore, but it doesn’t do it by cutting. Instead, it displaces metal, actually hardening and smoothing the inside of the barrel as it goes.

A rifling button irons the bore into shape. This one is for microgroove rifling.

Rifling buttons wear just as broaches do, but because of how they are shaped and how they work, the wear is slower. Also, they leave a mirror surface behind them. Many of today’s custom barrelmakers use the button method, as do many high-volume barrelmakers.

Longer life
As the button irons the bore, it hardens the steel, resulting in a barrel that can outlast a cut-rifled barrel. Further steps, such as cryogenic treatment and plating with hard chrome, will add even more wear resistance. That’s a strong sales point, as long as the stresses have been properly relieved. In airguns, there are no hot combustion gases to worry about; but, in a firearm, the gases actually vaporize the steel of the bore over time. Button-rifled bores are more resistant to this. Also, they usually do not need to be lapped after rifling, though the top custom makers (e.g., Lilja) still do.

We’ve looked at two of the three popular rifling methods. Next time, we’ll look at hammer-forging, which is the fastest method of all and also the most troublesome. 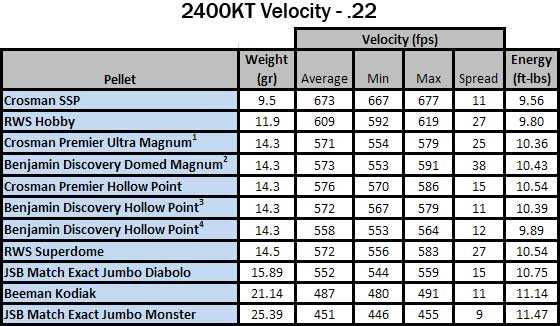 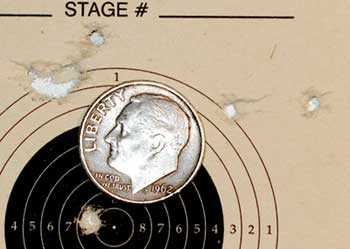