As I said before, the trap is nothing more than a cardboard box. You will never find one that’s exactly like you need, so get the best you can. My box measures 14.5-inches wide by 10.5-inches high by 11.5-inches deep. I said the ideal box was a cube 12-inches on each side, but this was as close as I could come.

I bought 1.5 cubic feet of black mulch at the local home center, which I figured was just black tires ground up but not dyed. Maybe that’s why it was less than $4?

I put a cardboard divider inside the box in the middle, so it sits at around 5.75-inches deep. It fit the inside of the box perfectly, except it was taller than the box, so the top flaps didn’t close.

Then I filled both sides of the box with black mulch. The cardboard shifted a little on top but at the bottom it remained in the middle.

My plan was to shoot 5 shots from a powerful air rifle into the box, followed by five from a .22 rimfire rifle if the first five pellets didn’t penetrate the box. Remember that guy who told us that at 50 yards even his 55-grain 5.56mm bullets didn’t penetrate. That’s the beauty of rubber mulch. None of his .22 long rifle bullets made it through. Of course I would be shooting from about three feet away instead of 50 yards, so there is something to learn from this.

The most powerful air rifle I have at present is the .22-caliber RAW HM-1000X. I loaded 5 JSB Exact Jumbo Heavy pellets into the magazine and then shot the box close to its middle, so the pellets would encounter the most resistance.

Five pellets from the RAW went into the box… 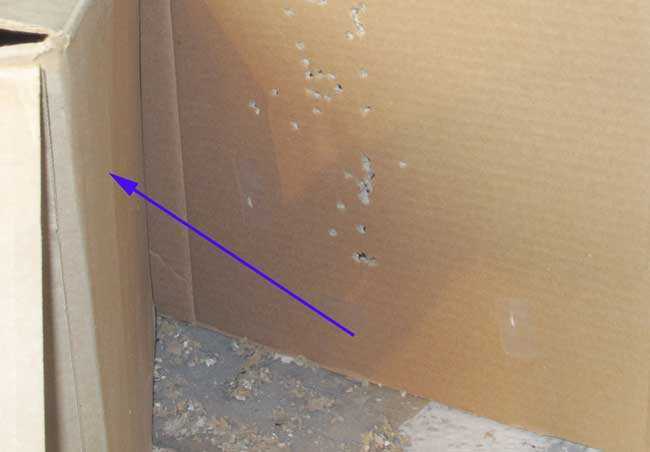 …and didn’t go out the back. On the right is the backer board on the steel bullet trap.

Time for the .22 rimfire

So, the box stopped all pellets from the RAW HM-1000Xgoing through. Now it was time to test the .22 long rifle rounds. I shot 5 CCI standard speed rounds into the box.

…and four rounds went right on through! One bullet stopped at the back of the box.

What do you suppose that is?

Yes, four .22 rimfire bullets passed right through the box, but one was caught as it tried to break through the back. 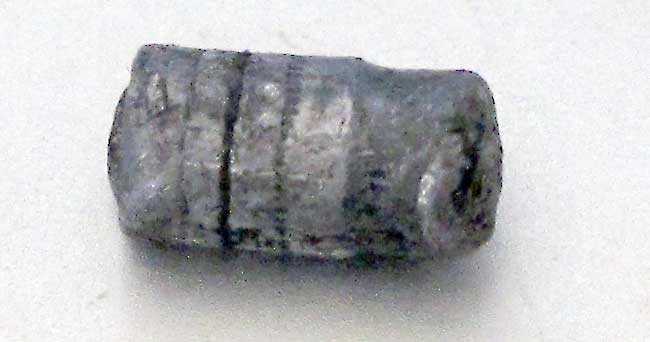 And there is the bullet that didn’t make it all the way through.

Wait a minute, BB. What about that cardboard divider in the middle of the box? What happened to that?

Funny you should ask. BB pulled it out and photographed it for you. 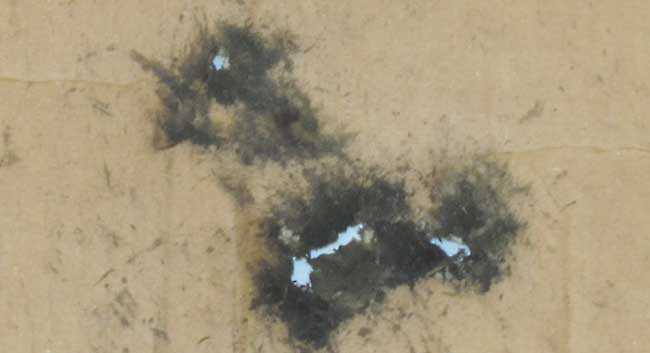 Why didn’t it work? Why did the box fail so bad? Well, BB has kept one picture from you, that if you had seen it would have told you things were going to go south. Let’s look at it now. 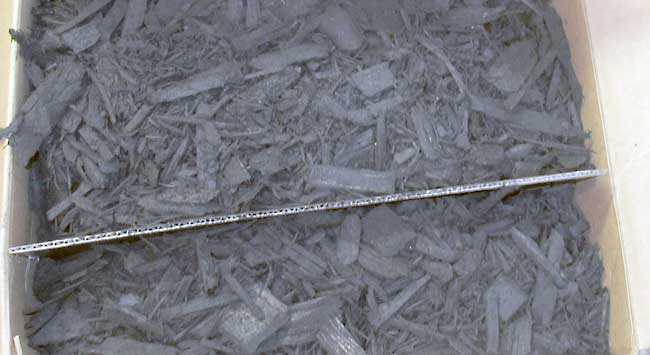 You see, dear readers, this isn’t rubber mulch! BB Pelletier was so intent on saving money that he bought a bag of regular garden mulch by mistake. It is called black mulch on the bag and thrifty BB thought that the tires just hadn’t been died colors. That’s why this bag was only $4 when the brown rubber mulch next to it was marked almost $7.

But I had it and was ready to do the test, so I thought, what the heck? Let’s see what this stuff does. Now that we know, we can compare it to real rubber mulch that BB will buy and try in the same box next time. Now you understand why there has to be a Part 2.

Is there a lesson today? You bet there is. Saving money at any cost doesn’t. And although I haven’t yet done the rest of the test I am almost certain I will be able to say, accept no substitutes for rubber mulch.